‘Man, this is one bizarre zombie apocalypse. Everything moves in slow motion - oh, it’s just the director messing with the playback speed again.’

What do you think would be the scariest, most dangerous aspect of a post-apocalyptic world?

No prizes for answering “people”, because popular entertainment, speculative fiction, video games and the news have been telling us as much for the longest time.

And, yes, you just have to look around the world during our current (non-zombie) pandemic and it would not be too hard to extrapolate how much worse human behaviour would get as the stakes go higher and the threats get more outlandish.

How fitting then that the first new blockbuster movie to come our way as cineplexes reopen during the Covid-19 pandemic should be a follow-up to the 2016 South Korean horror hit Train To Busan.

Four years after the events of that film (because “five years later” is Avengers: Endgame turf) we return to the Korean Peninsula to see how things have been stewing ever since the zombie plague hit. He is part of a motley group smuggled back into South Korea through the port of Incheon to recover something of great value to gangsters back in HK.

And before you can say “Lucille, meet Glenn” (what, still too soon?), everything goes awry.

It turns out there are human survivors in the city, most of them holed up in a lawless, vicious enclave where the weak are forced to take part in sadistic survival games and the “strong” eye one another warily, looking for weaknesses or an advantage to seize power.

Jung-seok gets tangled up with this little family unit just so there will be some emotional stakes in his effort to complete his mission and get the heck off the peninsula.

Oh, there’s also a subplot about saving his brother-in-law, but it’s so tenuous – as is their bond – that it barely registers (though it takes up a chunk of screen time). ‘Yes, Mr Director, I will do my duty and save those idiotic grown-ups when they mess up.’I found the character dynamics here somewhat forced compared to Train To Busan, which had disparate family units coming together to fight for survival in the face of hysterical yet subtle villainy (the corporate bigshot jerk, remember?).

Peninsula basically forsakes the social allegory to focus on eye-popping action sequences and it certainly delivers.

You will find elements of Mad Max: Fury Road, played out like a session of the automobile combat video game Carmageddon, with gunfire and kamikaze zombies thrown in.

Vehicular kung fu on a scale that would make even the Transporter and Fast & Furious crews blush is the order of the day here.

Too bad, the CGI gets a little spotty at times and that makes it stick out in contrast with the physical stunts, resulting in a less-than-seamless effect that can be a little distracting.

Nothing is so distracting, though, as the way characters stop in the middle of intense scenes and urgent moments to lock eyes or embrace, while returning director Yeon Sang-ho cranks up the dramatic music and lighting (such as it is, since this one takes place mostly at night).

I’m actually a little disappointed that Yeon emphasises the action and carnage so much that all the other things which made Train To Busan great are either absent or so contrived that they do not ring true.

But I figure I lost you after “action and carnage”, eh? Auditions for Running Man were surprisingly well attended, even during the zombie apocalypse. 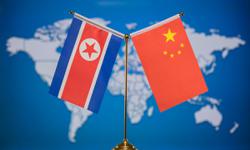