Naya Rivera, best known for her groundbreaking role as Santana Lopez on the hit Fox musical series Glee, has died. She was 33.

Her body was identified at Lake Piru in Ventura County, California, the Ventura County Sheriff’s Office confirmed at a press conference on Monday. Sheriff Bill Ayub said there was no indication of suicide or foul play.

Rivera was first identified as the missing person involved in a possible drowning at Lake Piru on July 8 after her four-year-old son was found alone in their rented boat. The search and rescue operation continued for five more days amid low water visibility and numerous obstacles on the lake bottom.

“He and Naya swam in the lake together,” Ayub said about Rivera and her son. “It was during that time that her son described being helped onto the boat by Naya .... He told investigators he looked back and saw her disappear under the surface of the water.” Later, he added, “We believe that she mustered enough energy to get her son back on the boat, but not enough to save herself.”

Rivera played Lopez from 2009 until the show’s finale in 2015. As part of the Glee cast, she received several nominations at the Screen Actors Guild Awards, Grammys and Teen Choice Awards.

Born on Jan. 12,1987, in Valencia, California, Rivera – who was of Puerto Rican, African American and German descent – appeared in commercials as a toddler and made her series debut at age four on the CBS sitcom The Royal Family alongside Della Reese. Before the age of 10, she had also appeared in episodes of The Fresh Prince of Bel-Air, Family Matters, Sinbad and Baywatch.

As a teen, she landed a semi-recurring role on Fox’s The Bernie Mac Show, where she played Donna between 2002 and 2006. Her breakout, however, was Ryan Murphy’s enormously popular Glee, where her turn as Santana, a ruthless cheerleader who comes out as gay throughout the course of the show, was one of the series’ most enduring, critically acclaimed storylines.

When the show last year celebrated its 10th anniversary since debuting in 2009, Rivera marked the occasion in an Instagram post, noting she was “blessed to have been a part of such an amazing show".

Also read: A 'Glee' curse? Fans reject the idea, but show has been haunted by tragedies

“I’ve made lifelong friends, grew in my craft, and made some of the most beautiful memories because of Glee.’ I will always be grateful to Fox, Ryan Murphy, Brad Falchuk, Dana Walden and Gary Newman for believing in my talents and giving me the opportunity to share them with the world," said Rivera.

“I love all of our fans who are beyond amazing and saw a little piece of themselves in each one of the characters. Being a part of something special makes you special and Glee will always have a special place in my heart.”

After the show wrapped in 2015, Rivera appeared in Lifetime’s third season of Devious Maids as Blanca Alvarez. Most recently, she starred in YouTube dance drama Step Up: High Water, which was picked up by cabler Starz in May for Season Three.

Outside of acting, Rivera also pursued a singing career, signing with Columbia Records in 2011 as a solo artiste. She released one single, Sorry, with rapper Big Sean in 2013.

In 2016, Rivera released a memoir titled Sorry Not Sorry: Dreams, Mistakes, And Growing Up in which she discussed her experience on Glee and shared her abortion story with her husband at the time, Ryan Dorsey, whom she later divorced. In an interview with Cosmopolitan in 2016 following the memoir’s publication, Rivera discussed her experience as a mixed race actor in Hollywood.

“It’s always interesting to see how people are always kind of trying to figure out and put you into a nice, neat little box,” Rivera said. “It’s always going to come with its challenges, but in the time that we’re in right now we have a lot more shows and story lines that are all-inclusive for every shape, size, color, sexual orientation. I think that’s really awesome.”

A 'Glee' curse? Fans reject the idea, but show has been haunted by tragedies 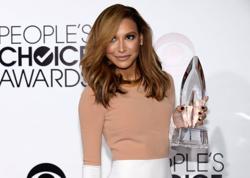 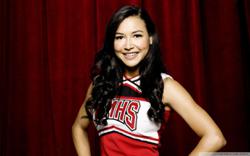 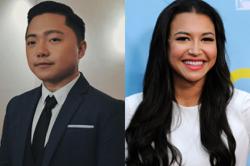