"I never expected to meet someone who would accept my status as a single mother of two," says the former Malaysian Idol winner. Photo: Filepic

Singer Jaclyn Victor has a new man in her life.

"I never expected to meet someone who would accept my status as a single mother of two. The only thing I can say right now is I've met someone," she says in an interview with mStar, The Star's Malay-language portal.

Seven months ago, news of her divorce with her husband of five years Shawn Rivera, a member of 1990s vocal group Az Yet, was made public.

Jaclyn and Rivera have two children together – Jonah, five, and Molly, three.

However, the former Malaysian Idol winner is choosing not to reveal the identity of her new beau just yet.

"Let me keep his identity to myself first. But what I can share is he's not someone from the entertainment industry. What's interesting is, he didn't know me as a singer when we first met."

She gushes about the mystery man: "Although he's a single father with a busy career, he never fails to make time for my kids. If they are able to speak, read and draw well, it's because of his efforts."

In other developments, the Gemilang hitmaker recently launched a restaurant, B.A.T.S Restaurant and Lounge, in Bangsar.

Sasi The Don pays tribute to dads with new song

Judi Dench on joining TikTok during quarantine: 'It saved my life' 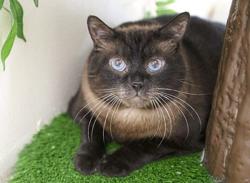 Sasi The Don pays tribute to dads with new song