Mayday will perform an online concert, titled Live In The Sky, at 8pm on May 31. Photo: Instagram/MayDay

Here's something that will lift the spirits of fans of Taiwanese rock band Mayday.

The five-member band will perform an online concert, titled 'Live In The Sky', at 8pm on May 31.

Lead vocalist Ashin made the announcement in a Facebook post on Monday (May 25), which was accompanied by a promotional video featuring the group's live performances.

The upcoming gig will be available "in every city, every time zone".

"We are late occasionally, but we will definitely be there."

At a Hong Kong show in 2006, the band made a promise to hold a concert every May. And they have done so, except in 2015, due to the lack of a concert venue.

Known for the optimistic spirit of their lyrics, as well as hit songs such as Stubborn and Contentment, the group also comprises guitarists Stone and Monster, bassist Masa and drummer Guan You. – The Straits Times/Asia News Network 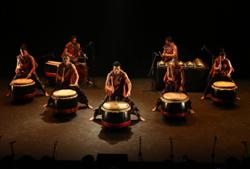