American actor Timothee Chalamet has split up with his girlfriend Lily-Rose Depp.

US Weekly magazine confirmed last week that the 24-year-old actor has broken up with actress-model Lily-Rose Depp, the 20-year-old daughter of American actor Johnny Depp and French singer-actress Vanessa Paradis. British Vogue also noted in its May issue that Chalamet is currently single.

Chalamet and Lily-Rose Depp first met on the set of Netflix movie The King in June 2018. In the movie, Chalamet played King Henry V, while Depp played his wife Catherine.

The couple were first spotted dating by US Weekly in October 2018 when they were seen behaving intimately in New York City. They were later seen stepping out together on several occasions and went on a trip together to France two months later.

While the couple have never officially announced their relationship, they made their red carpet debut together at Italy's Venice Film Festival in September 2019 to promote The King, which also starred Joel Edgerton, Sean Harris and Robert Pattinson.

They were then seen kissing on a boat in Italy while on a vacation there in the same month. Depp had nice words for her beau whom she described him as "incredible" and "so, so great" at his job.

Chalamet rose to prominence after acting in the 2017 movie Call Me By Your Name (2017), which earned him a Best Actor nomination at the Oscars in 2018.

Broadway actor has leg amputated due to Covid-19 complications 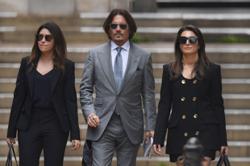 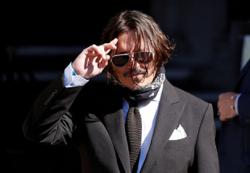 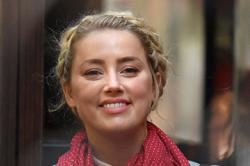