Sam Hui performing in Kuala Lumpur in 2005. Fans of the iconic Hong Kong singer may want to tune in at 5pm today to watch his online concert. Photo: The Star filepic

Fans of Hong Kong singer Sam Hui may want to tune in at 5pm today to watch his online concert.

Unlike many singers who performed in their homes during the coronavirus pandemic, Hui, 71, will be performing at a mall in Tsim Sha Tsui for his online concert to cheer on Hong Kongers and healthcare workers. The concert will be streamed on YouTube, Instagram and Facebook.

The concert's creative director, Hong Kong actor and producer Lawrence Cheng, urged fans not to flock to the site, as only staff would be allowed to enter the area, to prevent a crowd from forming.

Hui will sing 12 songs, including his first Cantonese hit, Eiffel Tower Above The Clouds, and other famous songs such as From The Heart Of A Loafer and Through Thick And Thin.

Cheng hopes fans watching the show online will sing along near the end of the concert to make it a worldwide ensemble.

The idea for the concert came about after a telephone conversation between Patrick Siu, production director of the concert, and Hui's elder son Ryan Hui, two weeks ago. He said his father wants to do his part for society during this difficult time, Siu told the Hong Kong media.

Cheng then suggested holding an online concert, which singer Hui agreed to without hesitation.

Siu stressed that the concert was not a fund-raiser despite earlier reports stating it was. In any case, Hui had donated HK$250,000 (RM138,890) to help the staff of a music event company, which has worked with him for many years.

The company was hit hard by the pandemic as most of the concerts have been cancelled or postponed, including Hui's scheduled shows in July.

Known as the Father of Cantopop, Hui is part of the three Hui brothers famous for their brand of working-class comedy from the 1970s to the early 1990s.

In 2004, he held a series of concerts to encourage Hong Kongers affected by the severe acute respiratory syndrome outbreak in 2003. – The Straits Times/Asia News Network 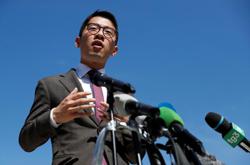 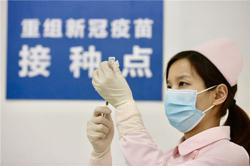 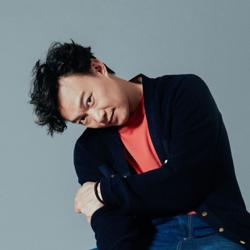