Singer Eric Suen and his wife put the briefs on their heads and adjusted them so that their hair and mouths were covered, leaving only their eyes exposed. Photo: Instagram/Eric Suen

What do you if you run out of face masks during this coronavirus pandemic?

For Hong Kong singer Eric Suen, he decided to use his boxer briefs and turn them into makeshift face masks.

On Wednesday (March 25), the 47-year-old posted a video captioned,"Who wants a face mask which has been 'used' by me?" on Instagram.

In the video, the singer and his wife, actress Macy Chan, 39, were first seen holding two boxer briefs which were believed to be Suen's.

Suen and Chan then put the briefs on their heads and adjusted them so that their hair and mouths were covered, leaving only their eyes exposed.

They struck a favourite pose of Japanese superhero Ultraman at the end of the video.

The couple's video attracted differing reactions, with some netizens saying that what they did was gross and unhygienic while others praised the couple for their creativity. 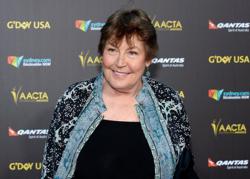 Helen Reddy, singer of feminist anthem 'I Am Woman', dies at 78 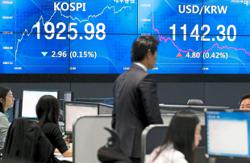