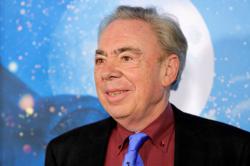 A filepic of Andrew Lloyd Webber's musical held in Singapore. The musical director will be making some of his productions available on YouTube every Saturday at 2am for 48 hours.

Andrew Lloyd Webber is to stream a production of one of his musicals for free on YouTube each week during the coronavirus crisis.

Lloyd Webber's YouTube initiative to entertain fans, titled The Shows Must Go On!, will begin with his 2000 adaptation of Joseph And The Amazing Technicolor Dreamcoat, starring Donny Osmond, Joan Collins and Richard Attenborough.

The musical will be available on YouTube from Saturday at 2am for 48 hours.

The 2012 production of Jesus Christ Superstar will follow the weekend after, starring Tim Minchin, Mel C. and Chris Moyles.

Further shows to be made available will be announced in due course. Photo: APWhile free, the channal is encouraging viewers to donate to a variety of charities, including Acting For Others, Broadway Cares and Actors Benevolent Fund.

Last week, tickets for Andrew Lloyd Webber's latest show - a new adaptation of Cinderella - went on sale ahead of its world premiere at the Gillian Lynne Theater in October.

Lloyd Webber has been keeping in touch with fans on Twitter through isolation, taking requests for songs to play on the piano.

London's West End, which was last shuttered for a few days in 1939 at the outbreak of World War II, has gone dark as Britain wrestles with the coronavirus pandemic. 2,698 people have died in Britain so far, up by 561 from Wednesday. - Reuters 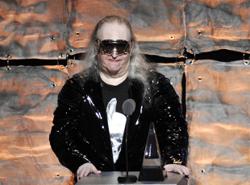