A stranger who knows all your secrets? 'The Stranger' is a thrilling watch

Netflix’s answer to the Eurythmics?

Revolving around the premise of secrets and lies, the eight-part British thriller series based on Harlan Coben’s novel The Stranger makes for riveting viewing indeed. After all, don’t we all have some secrets?

I was hooked from the get go, and binge-watched the whole season over one weekend. And even in the end, when all was revealed and it was a little bit of a letdown compared to the incredibly well-paced and nail-biting run-up, I felt satisfied with the series, loose threads and all.

Written by Danny Brocklehurst, the story begins with a seemingly happy family that slowly comes apart at the seams when a beautiful stranger (Hannah John-Kamen) approaches dad Adam Price (Richard Armitage) and reveals a “secret” about his vivacious wife Corinne (Dervla Kirwan).

The claim seems pretty preposterous and you’ll find it as hard to believe as Adam does. But soon after he confronts her, Corinne – who for all intents and purposes is the ideal wife, mother, neighbour and local school teacher – suddenly disappears.

And Adam begins questioning everything he has held sacred and dear. Because of one little secret and a couple of online receipts, the father of two now doesn’t know what to believe.

Along the way, a whole host of other characters in the small community are introduced, including a bunch of teenagers, staff at a local school, a group of police officers and detectives including one who is slightly deranged, a cake-shop owner, a former private investigator, Adam’s father, a random girl who’s just gotten engaged to be married, and an alpaca that gets gruesomely murdered (go figure). Oh no! I forgot to delete the pictures from my gallery ... now there’s no more space.

The stranger keeps revealing secrets about many of the townsfolk, sometimes for a ransom, and for others, oddly, for the mere pursuit of righteousness.

None of each “case” seems to have anything to do with the other, but DS Johanna Griffin (Siobhan Finneran) and her partner DC Wesley Ross (Kadiff Kirwan) try their best to piece the ever growing puzzle together. There’s a nice chemistry between these two, and I loved the Britishness about their conversations and quirks.

Truth be told, none of the nitty-gritty matters.

However, the underlying notion of how our secrets, when out in the open, can shake the integrity of even our strongest relationships is a compelling and scary one.

One of the side stories, involving a fiancee who’s been duped by her betrothed, is sadly warped, because she forces you to consider if a person’s reasons for lying can justify his actions, and to what extent would it be OK to lie for love.

Another horrifying idea explored in the series is that deviant minds and criminals lurk among us, and are often people we know well – a neighbour, a colleague, a relative, perhaps even the police. And evidence – be it a clue, a photograph, a dead body, rat poison or an alpaca head – is strewn everywhere in plain sight! This is also the main premise in Harlan Coben’s other TV series, Safe.

The cast is great, (especially Finneran and Armitage) and the pacing is perfect for unravelling the little mysteries that eventually lead to the final reveal. There’s a good amount of dry, dark humour that slips into the dialogue, which provides relief and makes viewing entertaining.

All in all, The Stranger is a thrilling watch. Though you may be disappointed with what’s uncovered, the journey is well worth it.

The Stranger is available on Netflix.

Hooked from the get-go 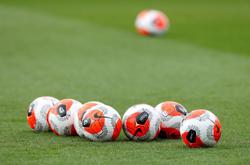