‘Hold on, Yevgeny. If you think that I’ve become Brody, would that mean that... you’re Carrie?’

Having come to the Homeland party rather late (bingeing its first seven seasons just last year), I have to admit that my connection to the show is not all that strong.

That’s the trouble with binge viewing. While fans who watch an episode a week have time to anticipate, extrapolate, re-evaluate – and eventually form a deep connection with some characters – from one installment to the next, it’s different when you zip through half a season a night.

But the beauty of bingeing is that you don’t need to wait for the next part, with only your resolve or stamina determining the interval.

And Homeland – intricately plotted, astoundingly well-acted, divisive, controversial, timely Homeland – is certainly no slouch when it comes to compelling viewing.

Consider the premise from 2011’s first season: US soldier Nicholas Brody (Damian Lewis) was freed from years of captivity under a terrorist leader and came home.

Only bipolar CIA officer Carrie Mathison (Claire Danes) realised that he was not quite the returning hero and aspiring politician but quite likely, a double agent turned by his captor.

Of course, it was inevitable that these broken souls would enter into an ill-fated romance, at which point even Carrie’s loyalty came into question. 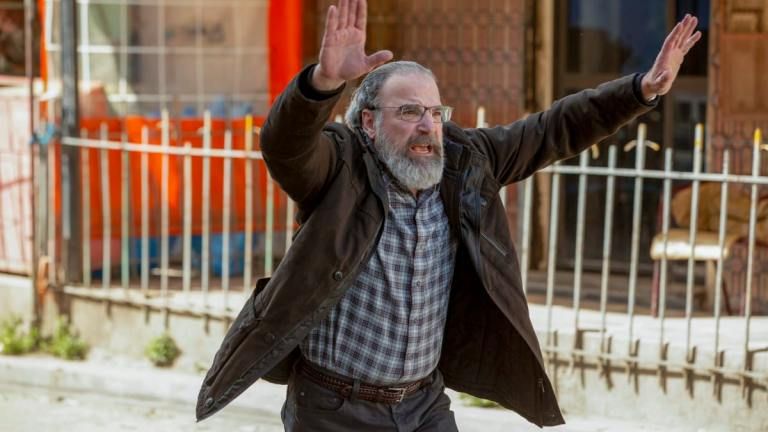 Saul was soon reminded how difficult it was to hail a taxi in downtown Kabul.

The show and its surviving characters have come a long way since then. We don’t have Brody to kick around any more, but with him went some of the series’ soapier and more distracting aspects too.

Neither do we have Peter Quinn (Rupert Friend), the ice-cold CIA assassin who ironically became somewhat of a moral compass on the show. He was written out in (to me) an undignified fashion, which we are forced to relive every week while watching the Season Eight opening credits.

Nor do we have the understated menace of string-puller Dar Adal (F. Murray Abraham), the zealous patriot/patriotic zealot who was, well, convicted for his convictions.

While the War on Terror served as the backdrop for much of the show, Homeland smartly remained relevant in its later seasons – even writing in Russia-orchestrated fake news campaigns and interference in US politics.

When we left things at the end of Season Seven, there was a new president, Carrie had been in a Russian prison for seven months and released with her sanity in doubt. Wow. What would be left for Season Eight, the show’s final season, then?

Plenty, as it turns out. Once again running parallel to real world efforts – in this case, peace overtures to the Taliban to end America’s longest-ever war – the focus now is on a peace accord in Afghanistan that would allow US troops to come home and the Taliban to lay down arms.

And who’s left to see all this through? 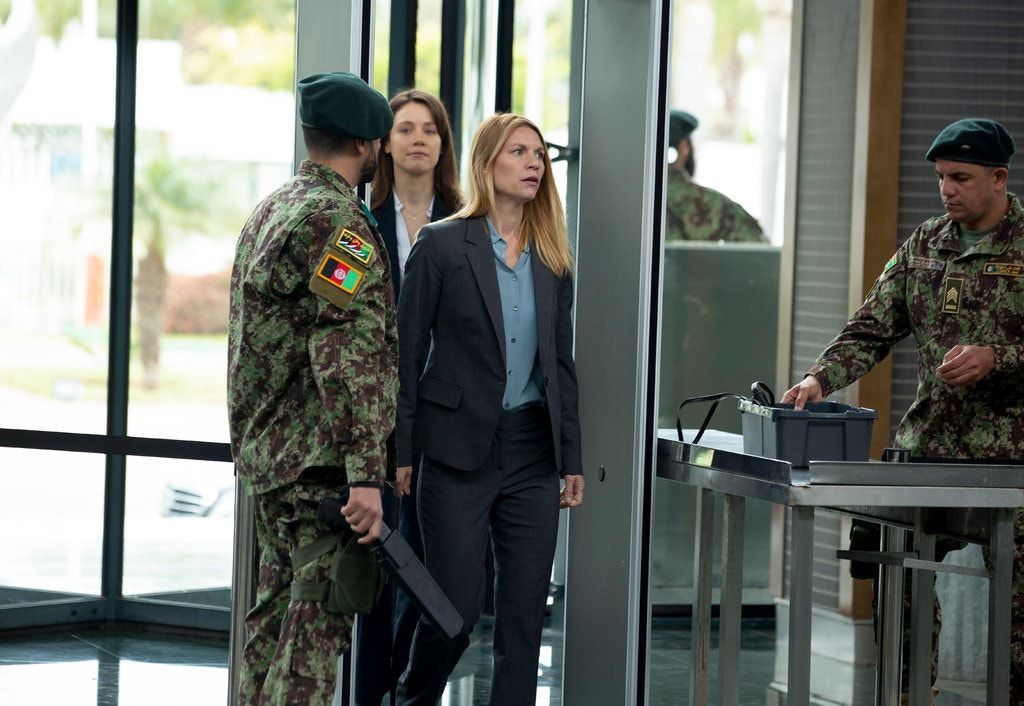 ‘Maybe I should have told them about my titanium fillings earlier.’

The Season Eight opener showed that Homeland showrunner Alex Gansa and his frequent collaborators have not lost their touch for producing tension-filled television that pulls you right in.

Carrie, slowly on the mental mend after her awful Russian ordeal but still missing vital memories, gets called up by Saul – now the National Security Adviser to new President Jack Warner (Beau Bridges) – to help out with the Afghan peace deal.

Carrie wastes no time getting down to work, upsetting everyone around her in the process (or, heck, she just wouldn’t be Carrie) and endangering her own life well before the first episode is over.

Saul goes down to the ground too and seeks a face-to-face with Taliban leader Haissam Haqqani (Numen Acar).

And good old Max gets embedded with a frontline unit and sent on a classified but hazardous mission.

(The aftermath of that mission sees him hailed as a good luck charm by the men guarding him, which has both humorous and inevitably woeful results. For some reason, every time it was brought up I kept thinking of Italian goalkeeper Walter Zenga’s 518-minute unbeaten run in the 1990 World Cup... and how it ended.)

And of course, it wouldn’t be 24 – sorry, Homeland – if POTUS himself didn’t get into a dangerous situation. All this, while Tasneem and her Afghan collaborator –the vehemently anti-Taliban Vice-President G’ulom (Mohammad Bakri) – are conspiring about... something.

And there’s that hole in Carrie’s memory, which you can bet will be used against her, or at least to suggest that she has – Shock! Horror! – been turned, too. Well, that would give the show some poetic symmetry for sure. Though, if Carrie has now become Brody, would that make Yevgeny... Carrie?

Homeland once again spends the first half of the season (yep, we’re at the midway point now) smartly laying the groundwork for what seems certain to be another frantic, all-stops-pulled-out second half as it barrels towards the series finale.

As always, it puts forth all sides of its many arguments, leaving the viewer – well, most times, challenging us – to come to our own conclusions or settle on the side that sits most comfortably with our individual perspectives and perceptions.

And even if our worldview does not sync with the way things eventually play out on screen, Homeland does get us to at least consider the merits of the alternative.

That’s a quality of the show many of its more vocal detractors over the years seem to have missed. It’s not anti- this or that. It’s also something more than the numerous acting and other creative accolades the show has earned can speak of by themselves.

I, for one, will remember it for the fine way it has told exciting spy stories without losing sight of the people involved at both the big-picture and street level, constantly reminding us of their humanity – frailties, strengths, beliefs and all – and the consequence of loss on every side.

‘Star Trek: Picard’ review: Heavy on the shock and awe(ful)

'Future Nostalgia' review: Dua Lipa's latest is pop music at its most ebullient