Malaysian actress Yeo Yann Yann won the Best Actress award at last Saturday's Golden Horse Awards in Taiwan, for her role in Singaporean director Anthony Chen's Wet Season, in which she plays a teacher struggling with infertility and a loveless marriage.

Yeo, who had previously won the Best Supporting Actress award in 2013 for Ilo Ilo (also directed by Chen), beat another Malaysian actress to the gong – Lee Sinje, who had been nominated for her role in The Garden Of Evening Mists.

Co-produced by Malaysia's Astro Shaw and HBO Asia and based on Tan Twan Eng's best-selling novel of the same name, The Garden Of Evening Mists, had been nominated for nine awards, but only managed one win, in the Best Makeup and Costume Design category.

Taiwan's Golden Horse Awards are among the most prestigious film awards in the world of Chinese language cinema. Established in 1962, the awards have given recognition to numerous excellent filmmakers working in Chinese-language cinema.

Best Makeup and Costume Design: The Garden Of Evening Mists

Best Original Film Song: The Day After Rain, from Detention 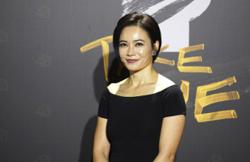