If you ever find yourself becoming rich, here's a tip for you: don't ever live in a big manor in the middle of the countryside.

Yes, they are scenic and beautiful, and offer lots of space for all your eccentric decorations. But all that lovely space also makes it easy to hide secrets. Face it, whenever you see big manors in the movies, they are either a) haunted, or b) murder mystery crime scenes. So go for a luxury condominium instead. Unless a gory fate is indeed what you are looking for.

And at first glance, the movie Knives Out looks like a typical example of the first category of manor movies. There's a mysterious death, a colourful cast of suspects and devious schemes right out of an Agatha Christie novel.

But writer and director Rian Johnson adds enough subversive twists to his film to make it more than a cookie-cutter whodunnit. And this results in a highly entertaining romp that works both as an intriguing mystery and a hilarious comedy.

The film also boasts a star-studded cast that any director would kill for. Daniel Craig! Chris Evans! Jamie Lee Curtis! Michael Shannon! Christopher Plummer! You could set up a few solar panels with the amount of star power here. 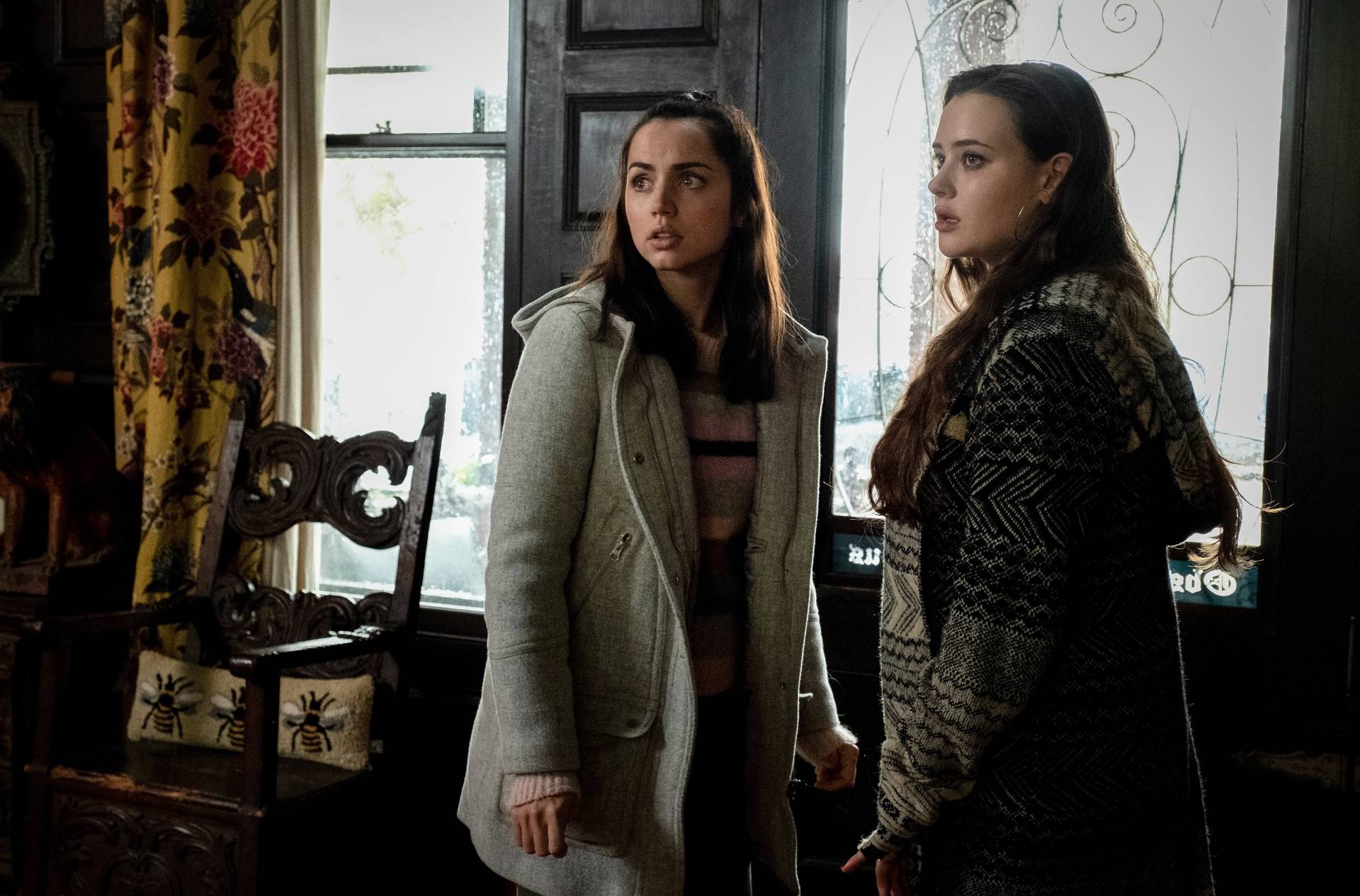 Do we get a scene with Chris Evans? Marta (Ana de Armas) and Megan Thrombey (Katherine Langford) discuss their concerns.

In Knives Out, elderly mystery writer Harlan Thrombey (Plummer) throws a grand 85th birthday party in his manor, inviting all the members of his eccentric family.

Harlan, however, is discovered dead the next day. The police of course are called, and proclaim it a suicide. But is that what really happened?

Writer and director Johnson is perhaps most (in)famous for directing Star Wars: The Last Jedi, the most divisive film in the Star Wars canon. As if in contrast, this movie is a real crowd-pleaser: a thrilling, well-plotted ride that delights from start to finish.

Viewers will probably have a great time trying to figure out what caused Harlan's death: this is a plot that involves betrayals, arson, poisoning and more. 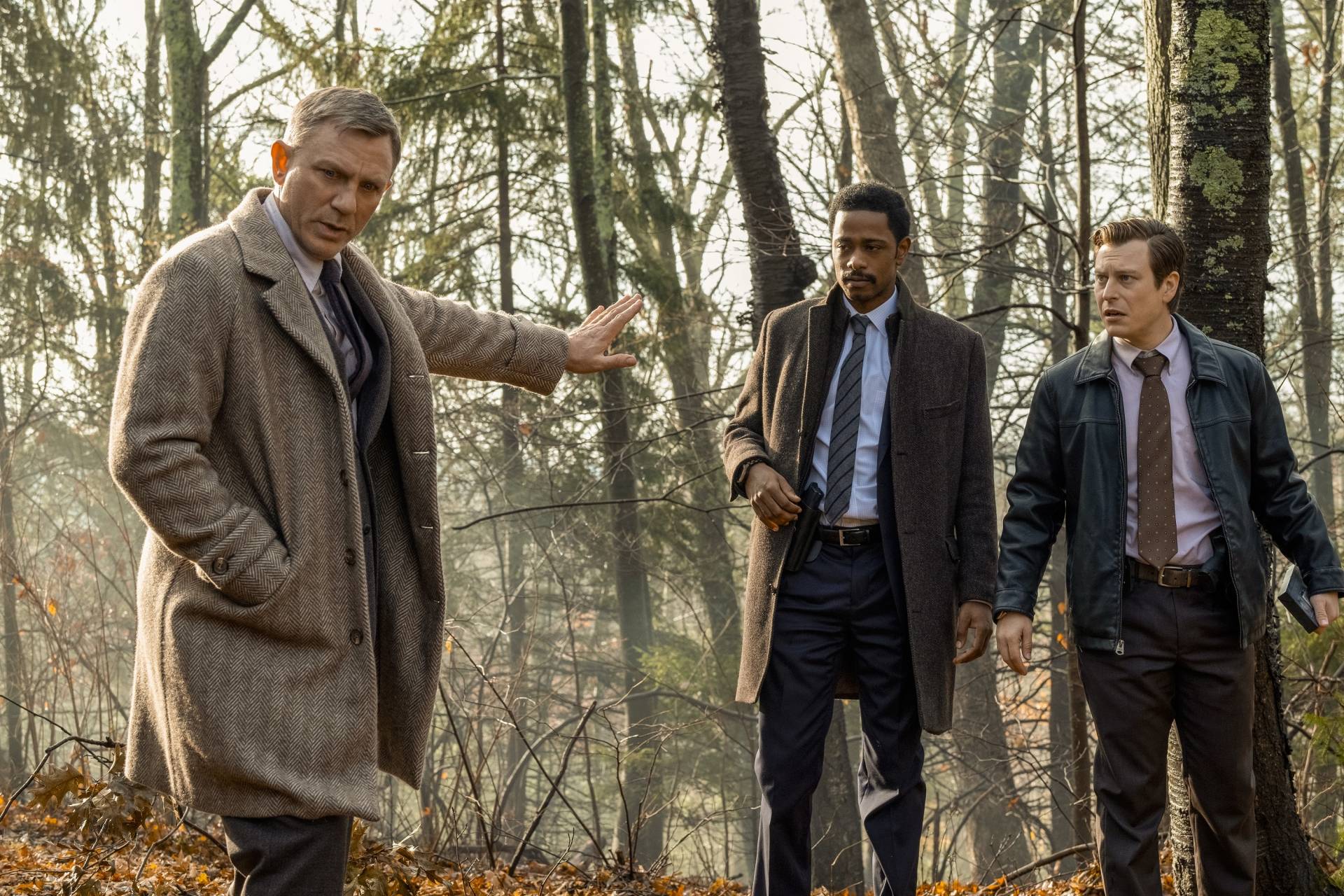 Detective Dupont (Daniel Craig) tells police officers Elliot and Wagner (Lakeith Stanfield and Noah Segan), to stand back, so he can steal the show with his dramatic declarations.

Most intriguingly, at its halfway point, Knives Out suddenly reveals to us what exactly happened on that fateful night. You'd think there would be nowhere else to go from there, but this twist actually makes the show more interesting. For as it turns out, there is a lot more happening in the Thrombey household than we think.

The cast does a great job all around. Ana De Amas excels in her portrayal of Marta, Harland's kindly nurse, who turns out to have a central role in the story. One of the film's recurring gags is that she cannot tolerate herself lying, even vomiting heavily every time she does so.

Amusingly, some of the actors play against type, portraying characters you would really never associate them with. Chris Evans, most known for his portrayal of squeaky clean Captain America, here plays Ransom, the jerkish black sheep of the family. 'Why am I always in movies with such huge cast?' Ransom (Chris Evans) has a drink as he contemplates current affairs.

And James Bond himself, Daniel Craig, abandons all suaveness to play the eccentric Detective Benoit Blanc, a celebrity detective called in to investigate. With his thick accent, big ego and bumbling demeanour, Craig is hilarious, and is definitely the best part of Knives Out.

And not content to be just a good comedy and mystery, the film also takes a stab at satire, poking fun at modern society's political correctness and desire to be seen as "woke". The members of the Thrombey family, for example, are only kind to Marta when it benefits them, and can never even remember where she comes from.

Like most twisty mystery plots, some events in Knives Out can seem a bit overly convenient, but nothing ever breaks your suspension of disbelief. Also, with such a huge ensemble cast, not everyone is treated equally: Curtis and Johnson, in particular, don't have enough to do throughout the film.

But these are just small flaws in an otherwise very entertaining film. Is this a comedic mystery, or a mysterious comedy? It's hard to say, but frankly, it doesn't really matter. If you're looking for a well-crafted story with a great cast, then Knives Out certainly makes the cut.

Knives Out opens in cinemas nationwide on Nov 28.

A murder mystery that's a cut above