Hilary Swank on being fired from ‘Beverly Hills, 90210’ and returning to TV with 'Trust'

Hilary Swank plays a mother who is desperate to get back her son who’s kidnapped in Trust. The series marks the Oscar winner’s return to the small screen. — Handout

About 20 years ago, Swank joined the popular young adult drama that had already made mega-celebrities of its cast members, including Luke Perry and Shannen Doherty. She played cash-strapped single mum Carly Reynolds, the love interest to perpetually immature Steve Sanders (Ian Ziering).

But roughly halfway into her first season – the show’s eighth – she got called in for a meeting by producers. “They were like, ‘Look, it’s not working’,” Swank recalls recently. “And I couldn’t move. I was like, ‘What’s not working? Me? Am I bad? I’m not working because I’m bad?’ ”

It turns out that fans had written in saying they preferred Steve unattached. “I ... yeah,” Swank says, still finding it hard to put her befuddlement into words. What happened next, of course, is a crowning example of everything happening for a reason.

The hurt over her unceremonious firing evaporated a few months later when she was cast in Boys Don’t Cry as real-life transgender man Brandon Teena, who was raped and murdered in 1993.

The 1999 film earned her a lead actress Oscar, launching a career that included a second lead actress Oscar in 2004 for Million Dollar Baby, making her 90210’s most decorated veteran – even if her film resume has been uneven.

Hilary Swank plays a mother desperate to get back her son who’s been kidnapped in Trust. Photo: Filepic

Now, she’s making her return to the small screen with the series Trust, which focuses on the true story of the Getty family dynasty.

Swank stars as Gail Getty, the mother of the heir and the broke outsider to the wealthy family who is relentless in her pursuit to get her son back. Tucked in a corner nook on the main floor of a Beverly Hills hotel, Swank speaks with compassion when dissecting Gail’s situation.

Just discussing the role gives her goose bumps – she holds up her arms to prove it.

“I don’t have children of my own,” Swank says, “but to have your child kidnapped – and to not know their well-being from one second to the next – I don’t think there could be anything worse ... and I think a mother almost takes the responsibility upon themselves, like, ‘What did I do to raise a child who could get in this type of situation? I should have done better. I could have done better. If only I had done this or done that, this wouldn’t have happened’.”

Gail Getty was married to John Paul Getty II, a drug addict with whom she had four kids and later divorced. Living a simple but contented life in comparison, she nevertheless struggled to keep tabs on her rebellious eldest son.

Swank portrays her as the kind of mum who unquestioningly reaches for her wallet to give what small amount she has when her son says he owes people money. As the season progresses, Gail’s doggedness intensifies.

“When people said, ‘Oh, is that weird that there’s this film out there? Are you competing?’ – I’m just like, ‘Not really.’ I think it’s exciting. It shows that it’s a story worth exploring,” she says.

Beaufoy describes Swank as the sort of “mercurial” actress who could bring depth to the one person outside the Getty family that manages to hold it all together. “Emotions kind of go across her face like clouds across the sky,” he says by telephone.

“They’re incredibly subtle, but you can read them without her saying anything. She studied a lot of the news clips of Gail Getty and how Gail managed to keep her poise, keep herself emotionally together in order to carry on.

“Hilary played her with a huge amount of dignity and had to suppress a lot of her natural empathy to play this wonderful mother, the only person fighting for her child’s release.”

Producer Danny Boyle (Slumdog Millionaire, Trainspotting), who directs the first three episodes, sums up Swank’s prowess in the role. “She won two Oscars. That doesn’t happen if you don’t know what the hell you’re doing as an actor,” he says by phone.

Trust serves as a stop in a comeback tour of sorts for Swank, who put her film career on pause three years ago to take care of her father, Stephen, who had undergone a lung transplant. It was a decision, she says, that didn’t require thought: “It’s just what I had to do.”

It wasn’t until recently, confident that her dad could get around on his own, that she considered returning to acting. In addition to Trust, she’s appeared in a string of smaller roles and lower-profile indie films (Logan Lucky and 55 Steps) in recent months.

Her return to TV, in some ways, had been something she could link back to Oscar-winning director Alejandro G. Inarritu (The Revenant, Birdman). Before her Hollywood sabbatical, she had been tapped to star in the auteur’s TV drama One Percent, about a family’s struggle to hold onto its farm.

Even though the project seems to have fallen by the wayside, she said the director “opened my eyes to all the different walks of life that were on television”.

“And I started recognising independent film was really being taken over by studios and so they weren’t taking the risks anymore,” she added, “The risks were being taken on television.”

So how was it to come back on TV after all these years? “Wildly different,” she says with a smirk. “I loved it so much. I had been thinking TV wouldn’t be my medium, only because the thought of playing a character over 10 years would be a little claustrophobic, but this was perfect. I am in eight episodes.”

And she didn’t get fired. — Los Angeles Times/Tribune News Service

Hilary Swank on being fired from ‘Beverly Hills , 90210’ and returning to TV with 'Trust' 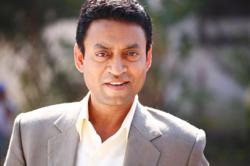