After filming Doppelganger together, Christopher Lee (left) and Fann Wong have not ruled out working together again in the future. Photo: Filepic

It marks the first time that the couple are in a drama together since getting married right after portraying on-screen lovers in the 2009 Ekachai Uekrongtham-helmed romantic comedy The Wedding Game. They never acted together after that.

Although the two are best known for playing lovers in TV dramas, they decided not to take on any more such roles after getting married.

In a recent phone interview, Lee, 46, and Wong, 47, said they were elated to be portraying on-screen lovers again.

Lee said, “Our past collaborations took place in our youth when we were mostly filming idol dramas. Now, we have more life experiences and maturity, I am very much looking forward to seeing the difference in our performances.”

Wong added, “Becoming parents has changed our perception and understanding of our feelings. We’ve had a very happy time acting together.”

Currently available on dimsum.my, Doppelganger is a suspense thriller about a man assuming the identity of a wealthy businessman, who is believed to have perished in an accident on a cruise ship.

In the drama, Lee’s character is quite the casanova and even has a mistress. When asked whether she hated him playing that role, Wong chuckled, ”He probably hates me more. Because, I am deeply in love with someone else in the show.”

Lee also plays three different characters in Doppelganger, and Wong quipped, “His face appears so often, that there is so much of him to see in the show. If you are already in love with Christopher, then there is more of him to love if you watch the show.”

Helpless from his wife’s continued teasing, Lee sighed: “Now that she has a new love (their son Zed), I am no longer important.”

They also had a good laugh when asked about an incident during filming where Lee had a fall on the set of the drama.

Christopher Lee and Fann Wong made the decision to not work together after they got married in 2009, Photo: Filepic

“It was really unexpected. Somehow, I fell down and landed on both my knees with such a loud crack that everybody got worried. I just sat there thinking that my knees were gone, so I did not dare to get up for quite awhile,” Lee recalled.

Wong followed with her version of the events. “I was in the room at that time, when I heard a very loud thud outside. Then I was told that my husband had fallen down, so I quickly ran out to check.

“It took me a few minutes to get there, and he was still laying on the floor in the same position where he fell down. I thought that he may have broken some bones as it looked very serious. So, I got really anxious, because he is getting on in his years. He looked like a male mermaid laying there on the ground. Haha!”

The chatty couple had so much fun filming Doppelganger that they did not rule out similar collaborations in the future. “As long as there are good projects ... they don’t even have to be in front of the camera, we can also consider behind-the-scenes work,” Lee said.

When asked whether they had any plans to go into producing or directing, Lee replied that while he was not averse to playing different roles in a production, he is still enjoying acting at the moment.

With so many other celebrities’ children making their television debut in parent-child reality shows, Wong said even she has given it some thought. However, Lee feels they should be more wary, and explained, “Our main focus now is to put our child’s interests first. We hope that it would not interfere with his daily life and negatively affect his childhood.”

Catch Doppelganger on dimsum. New episodes will be simulcast every Monday to Friday at 9pm.

dimsum is a Malaysian subscription ­video-on-demand service operated by SMG Entertainment Sdn Bhd (formerly known as Star Online Sdn Bhd, part of Star Media Group). Currently available in Malaysia and Brunei, dimsum now supports Samsung Smart TV, Chromecast and AirPlay for subscribers to binge-watch all shows on a bigger screen, with subscription priced at only RM15 a month. Download the mobile app today from Apple App Store or Google Play Store or stream directly from dimsum.my. All new subscribers will enjoy 30 days of free access. dimsum also supports for subscribers to binge-watch on TV. For more information, log on to dimsum.my, Facebook or Instagram. 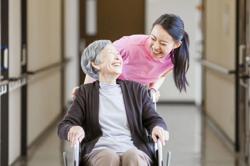 Away from their families for months, caregivers show signs of strain