Since starring in the wildly successful 2014 love drama Rindu Awak 200%, expectations are high for Zul Ariffin to keep playing the part of a romantic heartthrob.

“Even before my drama comes out, people expect my character to be really sweet and romantic, like always giving flowers to a girl. That’s the pressure I have going into this project,” says the 30-year-old actor at a press event in Kuala Lumpur.

Zul is fielding questions from the local media about his latest drama, Menanti Februari, which – unlike his previous dramas – sees his character reining in on the lovey-dovey stuff quite a bit.

“Those sweet scenes will happen in the first few episodes but my character’s wife will hate me later,” he teases.

In Menanti Februari, college sweethearts Arie (Zul) and Fiza (Nur Fathia) tie the knot and seem to have joyous and fulfilling married life ahead of them. But as the years go by, oil and gas engineer Arie gets caught up with his job and begins to neglect his family.

Things take a turn for the worse when Arie gets into a jet-skiing accident one day. A search and rescue mission was launched but he can’t be found.

A year later, a volunteer activist finds Arie but he has suffered a memory loss. Meanwhile, Fiza, assuming the worst, finds comfort in the arms of Arie’s best friend Edi (Afiq Muiz).

“Arie was so sweet to her before they got married. After getting married, Fiza feels neglected. He doesn’t remember her birthday and their wedding anniversary,” co-star Fathia explains. “After he got lost at sea, Edi starts to care for her and her family and captures her heart,” Fathia conveys the storyline.

Fathia says what sets Menanti Februari apart from other dramas is that it is grounded in reality. The 29-year-old actress adds that she knows of people who have gone through a breakdown in their relationship because of a third party.

Zul says the role gives him the opportunity to portray the messy side of life. “It’s something new for me to get into. I like the complexities of life. I want to show viewers that this is what life is ... that you have to spend time with your family and not be too busy with work.”

Being busy with work is something the actor himself can relate to. Not only did the success of Rindu guaranteed Zul a slew of lead roles on TV, he has branched out into films, acting in high-profile projects like the recent J Revolusi and the upcoming Tombiruo: Penunggu Rimba.

“As a guy, I understand (what my character is going through), even though I haven’t started my own family yet. There are many birthdays that I’ve missed. We all go through that. So we have to keep ourselves in check. No matter what happens in life, you always go back to your family,” Zul says.

The cast also comments on being paired with each other for the first time. Both leads admit that it took some time before they could develop the chemistry to play husband and wife.

Zul shares: “It was very challenging at the start as we both have our own way of thinking. When you’re working with new actors, they will follow your lead. When both are experienced actors, they both want to lead the show.”

Fathia, who shot to fame through the 2013 hit drama Ariana Rose, describes working with Zul as “challenging, but in a good way”. She says Zul would surprise her every now and then with spontaneous lines and gestures that are not on the script.

“Sometimes you immediately develop a chemistry with a person, sometimes it takes time. With Zul, I tried to develop that chemistry with him, and in the end, we did it,” says Fathia. 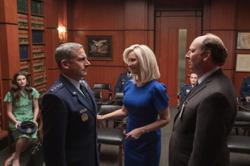 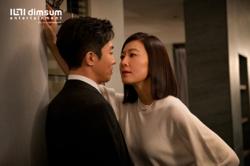 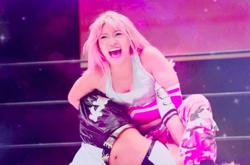