Welcome to a world that goes beyond what you can touch and feel.

The annual SeaShorts Film Festival, which celebrates South-East Asian short films, returns as an on-site event this year after two years of virtual programming due to the pandemic.

The upcoming festival will take place at Multimedia University (MMU) in Cyberjaya from Sept 21-25.

Its theme, Future, captures the spirit of exploration and forward thinking, nudging viewers to go boldly where no individual has gone before.

There will be over 70 films to catch at SeaShorts 2022 across multiple festival sections, including the sixth annual Seashorts Competition where the winner will be announced during the festival’s closing.

Apart from screenings, workshops, and forums, this year’s festival sees a series of updated features, including a special focus that explores potential new cinematic technologies, such as the usage of Virtual Reality (VR) and Artificial Intelligence (AI) in developing film content. 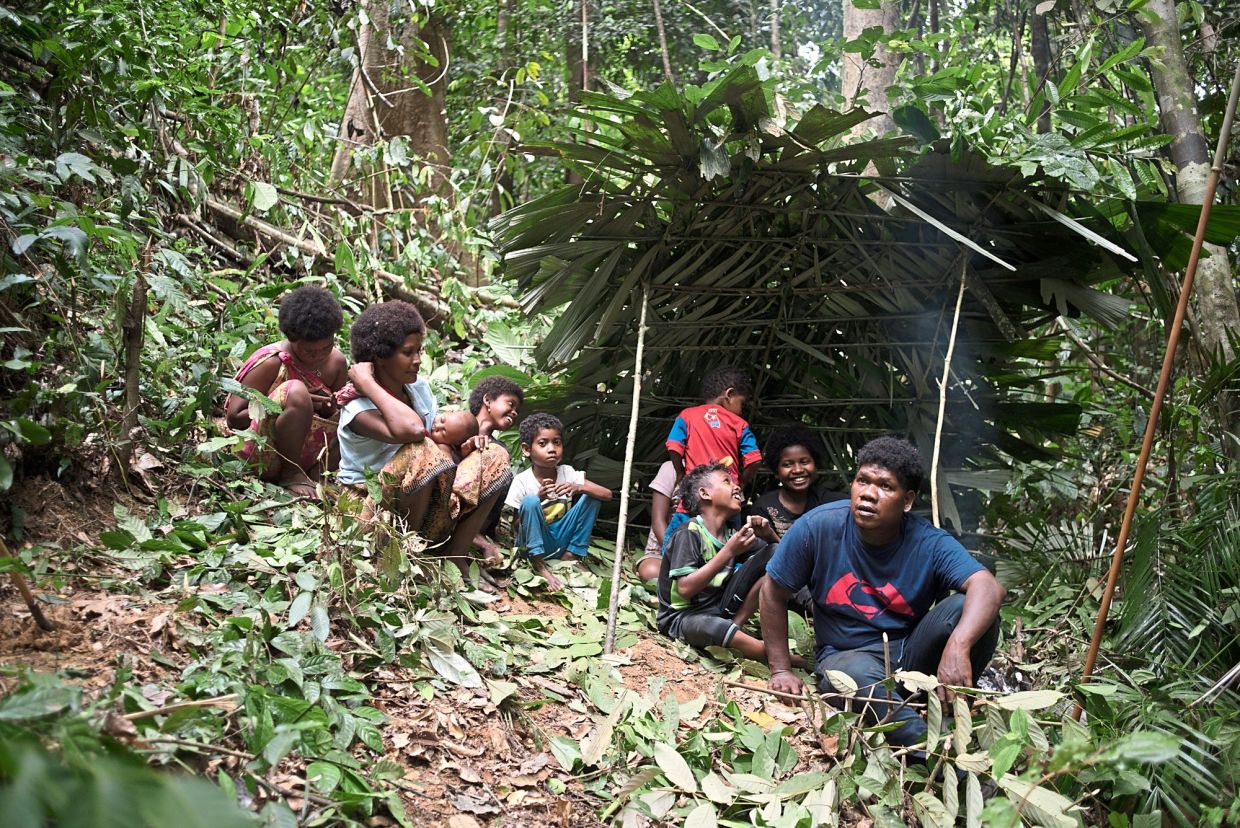 A scene from the VR project 'To Enter The Forest' by Mahen Bala and Zarif Ismail, which takes viewers deep into the Malaysian jungles to learn about the Batek tribe. Photo: Handout

Filmmakers, industry practitioners, artists and fans of film and South-East Asian cinema might be the usual SeaShorts demographic, but this year, the organising committee aims to attract a mainstream audience, especially the TikTok generation and people who are keen on learning about how the lines between storytelling and technology are now blurred.

The “screen time” phenomenon during the pandemic has shifted how many people view film.

“In this age when a one-minute video is too long, let is ask ourselves, what is film? Why should a film be 100 minutes long? I think film is alive and kicking, but you do need to discover it again. Come watch films in SeaShorts – in the cinema, or in Virtual Reality, or watch a 10-hour silent film accompanied by musicians and sound artists,” says Tan Chui Mui, artistic director of Seashorts 2022, who is also the festival’s founder. 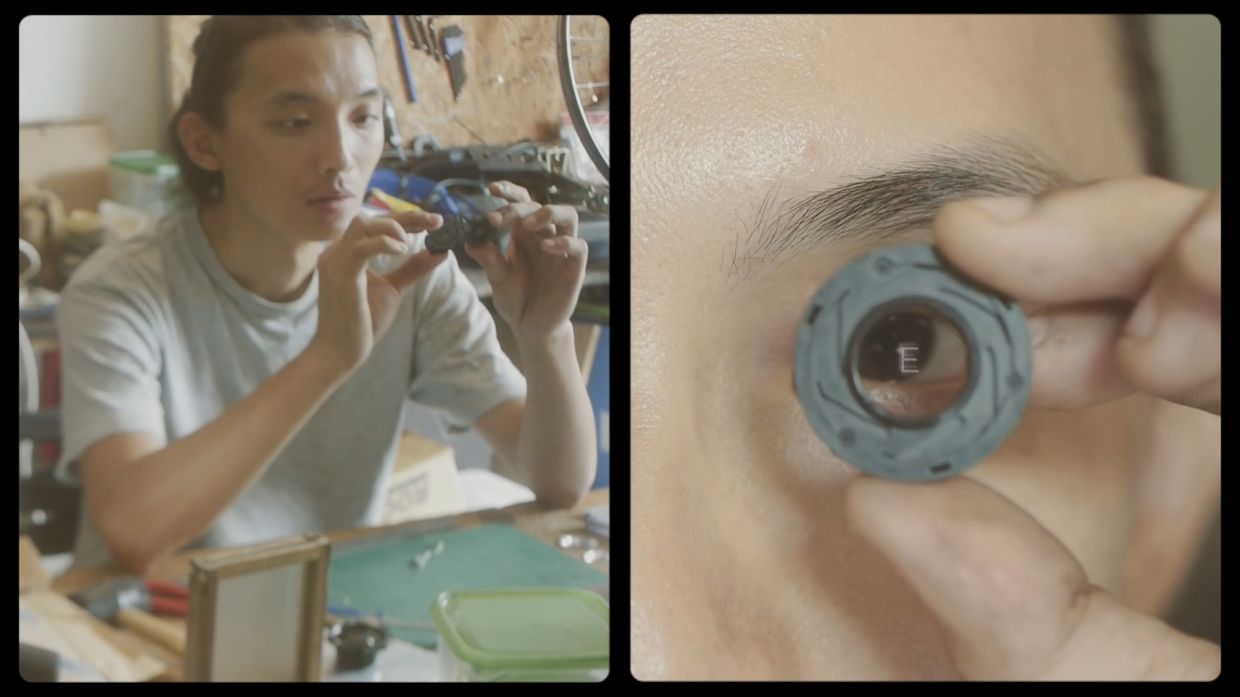 'My Video Making Practice' by Gan Siong King is a community engagement project that blends an artist talk, screening and dialogue where he reflects on his works from the last decade. Photo: SeaShorts Film Festival

“If you want to further challenge yourself, check what is happening at Open Screen, where there are performances and screenings beyond what we expect of ‘cinema’ or join an AI Generative Art workshop (by Eddie Wong) where you learn how to create speculative fiction with AI art,” she adds.

Storytelling: the next frontier

SeaShorts’ first-ever VR exhibition is also set to be a crowd draw. Titled Beyond Mirage, this programme is curated by Dr Lim Kok Yoong and co-curated by Dr Roopesh Sitharan and Dendi Permadi. It features 12 works from South-East Asia, South Korea and Taiwan.

“This exhibition tests and measures the boundaries of our reality. It is made up of installations that provide attendees with a head-mounted device that transmits stereoscopic 360° visuals. The device reads our head movement to sync the stereoscopic visual, giving us the impression that we are physically present in a scene,” says Lim.

“However, the feeling of our feet still touching the ground reminds us that we are still in the real world. This gives us an option to choose between reality or a simulated experience. “If the virtual world could provide you with all the experience you could ever want, would you embrace the simulation and neglect the physical world? Would you want to wake up if you were told that your life up until now has been an illusion? Or would you continue to live in Zhuangzi’s dream – a butterfly fluttering about, happily doing as it pleases?” he adds.

If you have had a taste of what wandering around in a VR environment feels like, it would not be a stretch to imagine wanting to stay there forever.

A few works at Beyond Mirage are interactive pieces, allowing the audience to move around the virtual world and handle virtual objects to help move the film’s narrative.

“During the pandemic, many filmmakers had to become more resourceful and find ways to continue developing their craft. This opened them up to more possibilities in filmmaking, pushing them to incorporate new technology in order to tell stories,” says Goh Lee Kwang, SeaShorts 2022 festival manager, who is also a multi-disciplinary artist.

“Furthermore, they became more introspective with their storytelling, perhaps as a result of time spent in isolation. VR can remove the barriers that separate a film from an audience member. It is a highly immersive form of storytelling which has the ability to create highly impactful experiences,” he adds. 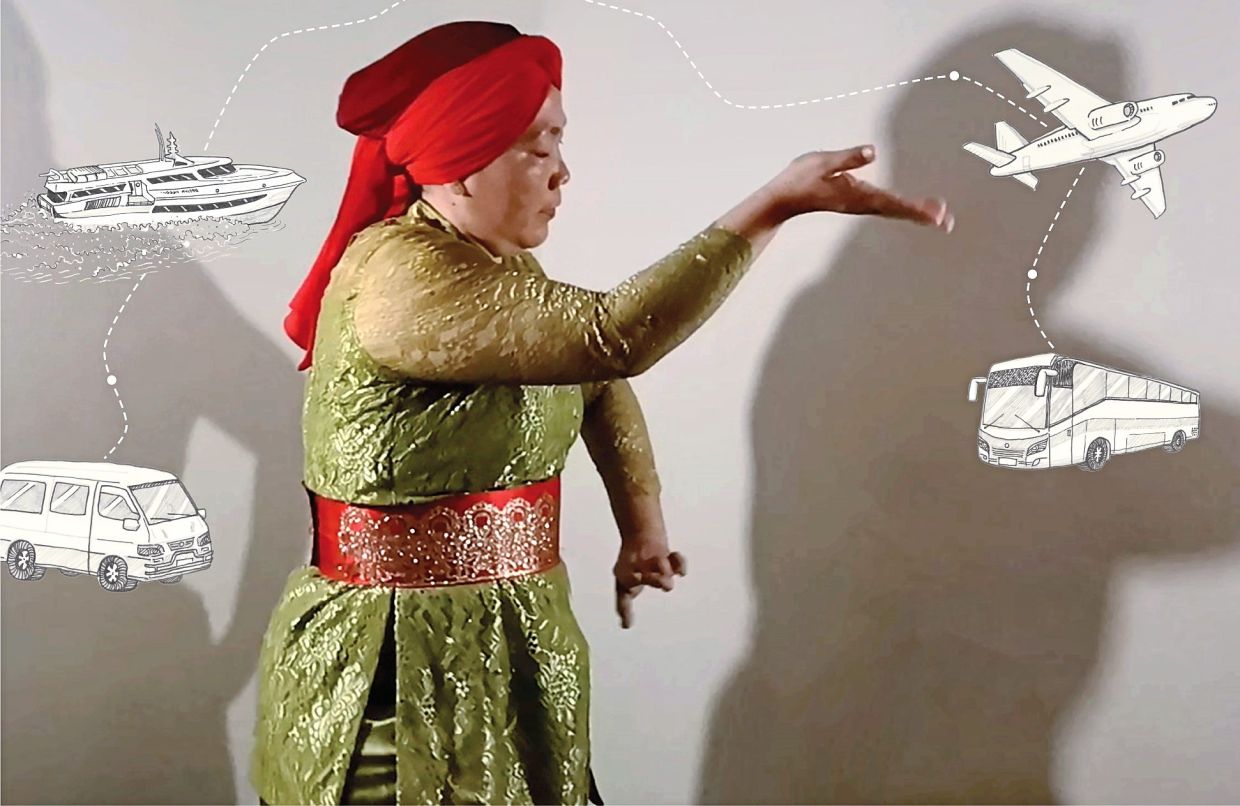 'Rasa Dan Asa' by Okui Lala and Nasrikah follows the activities of Pertimig (Indonesian Migrant Domestic Workers Association in Malaysia) members during the pandemic, with most of the film’s footage shot remotely. Photo: Handout

Goh describes them as a new breed of storytellers and the future of Malaysian filmmaking, adding that

SeaShorts is the one place this year to experience all these VR films, including four films by Malaysian filmmakers, in a single sitting.

“It might surprise audiences to see how each of our filmmakers have a unique approach to VR storytelling. For instance, Mahen Bala and Zarif Ismail’s Cep bah hep (To Enter The Forest) is a VR documentary on the Batek indigenous people (scattered across the deep jungles in Pahang and Kelantan). Meanwhile, Fariz Hanapiah and Idril Mihat’s Pickup horror VR experience places you as a highway patrol personnel on the Karak highway who decides to help a stranded woman before all hell breaks loose,” says Goh.

In another Malaysian work, Vimala Perumal’s Rojak Cow Cow puts the muhibbah blend in a tale of an Indian family who requests blessings from a ceremonial cow for their house-warming prayers.

The VR short film 'Rojak Cow Cow' by Vimala Perumal is inspired by a story told by her father, about a new neighbour who brought a cow up a flight of stairs to the flat for the blessing ceremony of a new house. Photo: SeaShorts Film Festival

On the Asian front, Sojung Bahng’s (South Korea) work Anonymous, a 3D real-time rendered cinematic VR experience that applies gaze-based interaction, invites viewers to access the perspective of objects in a domestic setting where an old man living alone goes about his day under the gaze of his dead wife’s portrait.

Where it comes to the concept of memory, space and time, Taiwanese artist/filmmaker Singing Chen’s Afterimage For Tomorrow builds further on this intriguing premise.

A few films in Beyond Mirage will have their Malaysian premiere at the festival, such as Great Hoax: The Moon Landing by John Hsu and Marco Lococo and Home by Hsu Chih-Yen, two films that were officially selected for the Tribeca Film Festival and Venice International Film Festival in 2020.

Other special highlights are Whose Hand Is Playing That Sound, curated by Chloe Yap Mun Ee, which features young artists and filmmakers and their personal approaches; and Sea What Is Inside curated by Jacky Yeap, a selection of cheeky screen-life shorts from Japan and South-East Asia exploring the medium’s playful and inventive potential for cinematic storytelling. The workshops, talks and forums in this festival are also skewed towards introducing new technological approaches in storytelling,

Yap, also a programmer of SeaShorts 2022, notes that in programmes such as such as Beyond Mirage, Sea What Is Inside and Whose Hand Is Playing That Sound, the artists and filmmakers take nuanced and thoughtful approaches with their chosen tools, which allows us to not just reconsider familiar modes of cinema or the moving image, but also to consider what is so uncomfortable about the feeling of “newness” when thinking of using these tools.

“These programmes would hopefully shift our expectations from not only looking at the future as represented by the ‘advent of technology’ and the glittery ‘newness’, but instead looking at it as basically a point in time, lifting up the lid of the box to see if the cat named Future is in there. And everyone alive right now is just having a little fun, doing our little experiments, and hoping for the best,” concludes Yap.