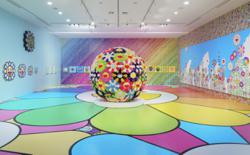 It takes great skill and strength to wear this majestic lion’s head with peacock feathers as it weighs 50kg and measures over 2m in height. This Singa Barong mask is the centrepiece of the Reog tradition, one that the masses will get to see at the "Malam Pusaka Di Ruang Kota" culture series at RexKL in Kuala Lumpur on Sept 17.

To celebrate Malaysia Day in heart of the capital, this edition of Malam Pusaka will present Seni Reog of Johor and Manora of Kelantan, two cultural traditions with a rich history that has prevailed for generations.

"The Reog and Manora naturally complement each other, there are many points of confluence and comparison. For one, these traditions are both rooted in myths and feature anthropomorphic elements. They are also both traditions that exist outside the mainstream cultural sphere in communities of diaspora and border regions. Both traditions also have a playful sensibility of seduction, which forms much of the action in the dance sequences," says Pauline Fan, Pusaka creative director, about the selection and similarities between these traditional performances.

The Reog tradition traces its narrative origins to the legend of King Kelono Sewandono of Ponorogo, the beautiful Princess of Kediri and a ferocious Singa Barong that protected the princess’ kingdom.

This traditional art form originates from East Java in Indonesia and it is practised by the communities of Javanese descent in Johor. In a Reog performance, other masked dancers and jathilan dancers on woven horses, will be accompanied by a musical ensemble consisting of traditional instruments like gong, kenong, gendang, tipong, angklung and slompret.

As for the folk dance-drama tradition of Manora that will be also presented at Malam Pusaka, it is one that is traditionally performed on special occasions such as Thai festivals Songkran and Koy Krathong, Buddhist temple ceremonies and weddings. Also known as Nora Chatri, it is well-known in Southern Thailand, and also practised by the Thai communities in Kelantan, Kedah and Penang.

"Since the proscription of traditional arts in Kelantan, Manora is less regularly performed but there are still a handful of performers committed to their art form," says Fan.

The word "manora" derives from a Buddhist jataka tale about a heavenly bird-princess named Manora who falls in love with a human prince, Phra Suthon.

This tale forms the basis of the tradition’s main dance sequence in which the principal dancer (taking on the role of Phra Suthon) performs a courting dance with Manora and her sisters. Dance movements are characterised by backward-bent fingers and outstretched arms, alternating subtle and sudden gestures that are said to reflect those of a mythical bird.

A Manora dancer costume is intricate, consisting of a crown-like headdress (known as kecopong in Malay and sert in Thai), long curved silver nails (canggai in Malay and lep in Thai), a beaded bodice (laa in Malay and sooi in Thai), and wings that we call sayap sandang here, where in Thailand it is known as harng. In Kelantan, Manora incorporates Kelantanese music and dialogue in Kelantanese dialect. It is also here where there has been mutual influence among the traditions of Manora and Mak Yong.

At Malam Pusaka, Kumpulan Manora Cit Manit Bukit Yong from Pasir Puteh in Kelantan (with principal dancer Amnuai Eler) will be performing. It is one of the few remaining active Manora groups in Kelantan.

"We are presenting more or less full length performances for both Reog (45 mins) and Manora (full dance sequence, which is about an hour long). In the traditional setting performances last longer — Reog is sometimes performed alongside kuda kepang, while the Manora sometimes involves a dramatic sequence (which we aren’t presenting at RexKL), says Fan.

At 4pm, there will be workshops at RexKL for those who wish to learn more about Seni Reog and Manora. The evening showcase starts at 8.30pm.

This free admission (walk-in) programme is presented by Pusaka in collaboration with RexKL, with support from Cendana, MyCreative Ventures and Penjana. The venue can host a 500-strong crowd.

Malam Pusaka Di Ruang Kota is a series of cultural evenings featuring performances by masters of living traditions from across the nation. In January this year, the series hosted Penang's Teochew Puppet and Opera House show Princess Baihua Bestows Her Sword at Publika in Kuala Lumpur. 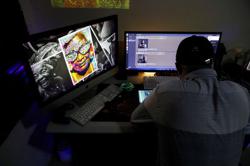