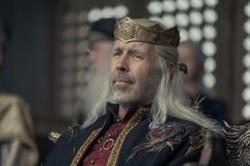 Writing in his blog, Martin said that 'House Of The Dragon' is 'all I hoped it would be; dark, powerful, visceral, disturbing, stunning to look at, peopled with complex and very human characters brought to life by some truly amazing actors.' Photo: AFP

Dracarys! All hail House Targaryen, the rulers of the Seven Kingdoms. Long may they reign.

Whether you’re a mega Game Of Thrones fan or simply a fantasy TV series buff, the wait for House Of The Dragon, the much anticipated prequel to the HBO series, is finally over.

Writing in his blog, Martin said that House Of The Dragon is “all I hoped it would be; dark, powerful, visceral, disturbing, stunning to look at, peopled with complex and very human characters brought to life by some truly amazing actors.”

"Whatever happens from here, my sincere thanks go out to Ryan Condal and Miguel Sapochnik, to one of the most astonishing casts it has ever been my honour to work with, to an incredible crew, to an amazing writing staff, to my friends at HBO, past and present, who have worked for years to bring HOT D to fruition... and to the fans, without whom none of this would be possible.

"And a tip of my cap to my editors, publishers, and readers as well. It all began 40 odd years ago... with a book. Watch the show. I hope you’ll enjoy it," added Martin. As the title of the show suggests, House Of The Dragon will focus on the Targaryen dynasty, the only family of dragonlords to survive the Doom of Valyria, and the bloody civil war, known as the Dance of the Dragons, that nearly tore the Targaryen family apart.

The first volume of the Fire & Blood novel was published in 2018. It covers the history of Westeros from Aegon Targaryen’s conquest (he forged the Iron Throne, the seat of power in Westeros) up to and through the regency of the boy king, Aegon III Targaryen. It is written as a history book by Archmaester Gyldayn.

It has been compared to English historian Edward Gibbon’s The History Of The Decline And Fall Of The Roman Empire for its scope and grandeur.

House Of The Dragon is based on the second half of Fire & Blood’s first volume, zooming into King Viserys Targaryen, the fifth king of the Targaryen dynasty to rule the Seven Kingdoms. As the story goes, it is Viserys’ actions that sets in motion the Targaryen civil war, when, going against tradition, he names his daughter Rhaenyra as the heir to the Iron Throne.

Reportedly, a lot of material published in Fire & Blood originates from the writings in Martin's 2014 book The World of Ice & Fire, a companion book to his A Song Of Ice And Fire series.

There is no available publishing date for the second volume of Fire & Blood. 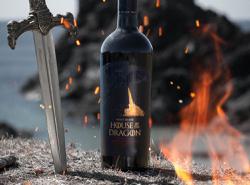