A promo image of 'The Mercenário And The Pahlawan', a six part audio series. Photo: Handout

Presented by production house R2A Network, Perang Musuh Bisik is a period drama about an attack carried out by the Siamese empire against the Kedah Sultanate on Nov 12, 1821. A historical piece filled with intrigue, combat and deception, Perang Musuh Bisik looks into that moment when the Siamese army docked in Kuala Kedah under a false pretense only to launch an assault on the Kedah Sultanate which allegedly claimed the lives of thousands of Malay warriors such as Tunku Kudin and Tengku Muhammad Saad.

Perang Musuh Bisik can be streamed for free via R2A Network’s Youtube channel. The Mercenário And The Pahlawan is a six part audio epic. Photo: Handout

VIRTUAL RADIO THEATRE: THE MERCENARIO AND THE PAHLAWAN

This six-part audio series, presented by Nusantara Theatrical Combat, tells the story of a Portuguese Mercenário seeking a new life in a renowned port city, and a loyal Melakan Pahlawan willing to do anything to protect his home. Both warriors become competitive duelists amidst the backdrop of an early 16th century Melaka. A Melaka balancing political strife, a neighbouring invasion, and a royal wedding, unaware of a formidable enemy's fleet.

Nusantara Theatrical Combat is a theatre company and recognised body that offers instruction and expertise in the safety, quality and authentic training of theatrical combat influenced by South-East Asian cultures and martial art practices.

The Mercenário And The Pahlawan can be streamed via Spotify, Apple Podcast and Google Podcast. 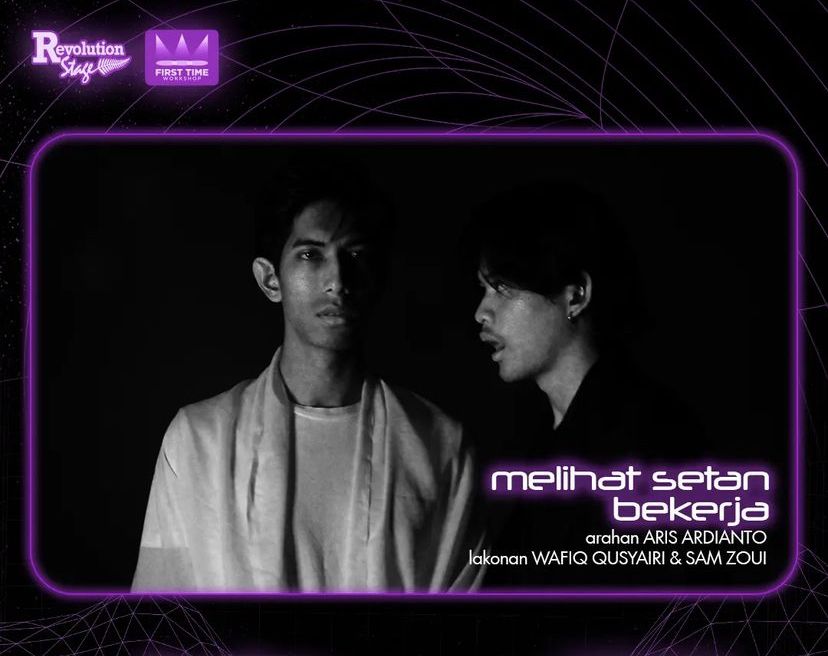 'Melihat Setan Bekerja by Aris Ardianto' is one of the six playlets in Teater Kompilasi Vol. 6. Photo: Handout

Theatre company Revolution Stage brings six different playlets to the virtual stage just in time for the month of Ramadan. Each of these stories, which will run for 20 minutes, explores the idea of changing times. Each of these playlets are directed by different stage directors. The featured stories are Sos Cili by Firul Amry, Kubur by Azizi Aziz, Senapas by Sis Aini, Melihat Setan Bekerja by Aris Ardianto, The Distance Between Us by Azizi Nazril, and Menjelang Takbir by Yana Mat Dan.

VIRTUAL TALK: AN INSIGHT ON THE “BUTOH” ART FORM IN MALAYSIA

If you missed this third episode of the Japan Foundation Kuala Lumpur’s JFKL Talk Series, fret not. Now you can watch the entire episode on JFKL’s Facebook page and find out more about the Japanese art form of Butoh.

The talk, by local Butoh practitioner and pioneer Lee Swee Keong, also featured guest speakers Lena Ang and Dr Richard Chua. Listen to the panel as they talk about how Butoh has significantly influenced Malaysia’s dance scene since the early 1990s.

In Japan, this art form rose to prominence in the late 1950s, which is known to be one of the most important movements in arts history.