'Attack On Titan: The Exhibition' in Singapore introduces visitors to the rich characters, themes and intricate worldbuilding of this global cultural phenomenon. Photo: ArtScience Museum, Singapore

A massive treat for fans of the Japanese manga series Attack On Titan will be landing at the ArtScience Museum in Singapore next month.

Attack On Titan: The Exhibition, a show organised by SpaceLogic and presented at ArtScience Museum, will run from Feb 19-July 3. You can add this exclusive South-East Asian exhibition to your list once the visitor quota for the Vaccinated Travel Lane (VTL) programme between Malaysia and Singapore gets back to normal.

The exhibition will showcase 180 original artworks from Hajime Isamaya, the series creator, illustrator, and writer. Everything from the series' first initial sketches, drafts and drawings all the way to interactive scenes and exclusive new pieces will be on display at the Attack On Titan exhibition. Step into Isayama's sprawling dystopia and experience an immersive battle sequence set in the Great Titan Theatre as well as displays of Titans, characters and objects from the manga. 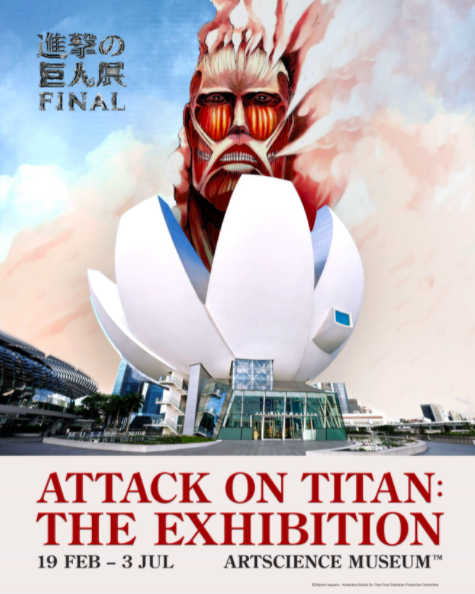 Featuring over 180 artworks by Hajime Isayama ranging from the manga's earliest days to the present, the exhibition will also showcase new pieces that have not been displayed anywhere else in the world, alongside drafts and sketches from his archives. Photo: ArtScience Museum, Singapore

Attack On Titan is currently one of the most popular anime series and it has become a staple in anime culture with aggregator site My Anime List rating it the No. 1 anime of winter 2021. The dark fantasy series revolves around a group of humans who band together to fight back against giant man-eating creatures known as Titans in a dystopian future.

The manga series of Attack On Titan began serialisation in 2009 and since then has expanded into an elaborate saga that transcends cultural boundaries, has spawned live-action film adaptations and has over 100 million copies sold in print. After an 11-year publication run, the manga’s recent conclusion marked the end of an era. The anime TV series of Attack On Titan started in 2013 and its fourth and final season coincides with the run of this exhibition.

During the airing of its final season last year the anime became one of the most popular shows in the world based on Netflix viewership. In Malaysia the manga series caught the attention of fans in early 2021 when a local Bahasa Malaysia comic book version of the series was censored, with the Titans wearing underwear and bodysuits.

This sparked outrage over social media as many fans were displeased with the censoring, especially the fact that the original Japanese artwork did not reveal much nudity, nor feature genitalia. This also created a slew of memes of the Titans wearing batik and sarongs. It is safe to say the popularity of Attack On Titan is strong in Malaysia. 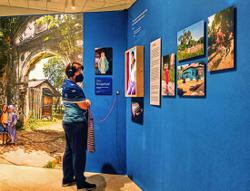