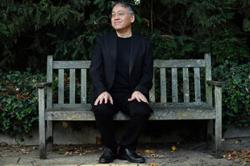 The trauma of Sri Lanka's civil war, apartheid in South Africa, racial injustice, and the "absurdities" of social media are explored in the six books shortlisted on Sept 14 for the 2021 Booker Prize.

The prestigious literary prize is open to works of fiction by writers of any nationality, written in English and published in Britain or Ireland between Oct 1, 2020 and Sept 30, 2021.

Arudpragasam's A Passage North evokes the "memory and trauma in the devastating wake of Sri Lanka's 30-year civil war," according to Booker Prize organisers, while Galgut's The Promise follows a white family as it falls apart in post-apartheid Pretoria.

US poet Lockwood is the only debut novelist on this year's shortlist with No One Is Talking About This, in which real-life tragedy comes face-to-face with what Booker organisers called the "absurdities" of social media.

Mohamed is the first British-Somali novelist to be shortlisted for the prize.

The Fortune Men tells the story of Mahmood Mattan, a Somali former merchant seaman who was hanged after being wrongfully convicted of the murder of a woman in Wales in 1952.

Powers makes it onto the shortlist for the second time with his 13th novel Bewilderment, in which an astrobiologist escapes to fantastical worlds as he attempts to deal with his troubled son.

"Perhaps appropriately for our times, these novels share an interest in how individuals are both animated and constrained by forces larger than themselves," said Maya Jasanoff, chair of the judges.

"While each book is immersive in itself, together they are an expansive demonstration of what fiction is doing today," she added.

Last year's winner Douglas Stuart saw sales for his debut novel Shuggie Bain increase by 1,900% in the week after the announcement of his Booker victory. - AFP