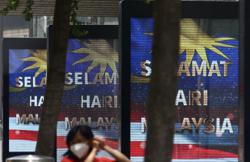 Called #BebasDiMyPentas, the two-part digital concert, can be streamed on MyPentas today and tomorrow.

“We are excited to collaborate with these hugely talented Malaysian artists and connect them virtually with their fans both locally and internationally during Malaysia Day,” says Muralee Pillay, KL-based digital company Twenty30Digital’s chief digital officer.

MyPentas, launched in March, was developed by Twenty30Digital to fill up gaps in the Malaysian performing arts industry's road to recovery as it slowly opens up with live shows

Think of it as the “+flix” for the theatre and performing arts community spanning music, comedy, and dance genres with its on-demand content (with no time limit).

Bringing together 16 Malaysian artistes across genres, #BebasDiMyPentas will showcase past music videos and concert performances by the participating talents.

The virtual concert is divided into two parts, running for 90-minutes each, with eight artists performing on each day.

As an added bonus, get to know the artists up close and personal and find out what Malaysia Day means to them. Comedian Prakash Daniel will be hosting these interview section.

“For me, personally, it means tolerance. Collectively together, despite all our differences, I think we need tolerance more these days,” says Grace Foo, co-founder of all-female indie band Crinkle Cut.

The artists will also share how music brought them freedom during the pandemic and updates on their current and upcoming projects in this virtual catch-up session.

#BebasDiMyPentas will financially support the artistes involved who have been affected by the pandemic. 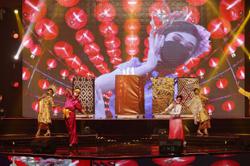