The Paris exhibition titled 'Uderzo, Like A Magic Potion' refers to the special elixir that helped the rebellious Gauls defeat Roman soldiers whenever needed. Photo: AFP

A year after the death of Asterix inventor Albert Uderzo at the height of the pandemic, Paris is now dedicating its first extensive retrospective to the world-renowned comic book artist since his death at the age of 92.

As Paris eases pandemic restrictions on museums, more than 300 drawings by the French cartoonist, who died in March 2020, have gone on display at the Museum Maillol.

The exhibits, including the title pages of comics and previously unseen drawings, chart the unique story of this cartoonist, which began with the Franco-Belgian comic series Pitt Pistol about a pirate and Luc Junior about a young reporter, among others.

The son of Italian immigrants, he achieved international renown with the stories of Asterix and Obelix, whose adventures he not only illustrated but also wrote after the death of Rene Goscinny in 1977. 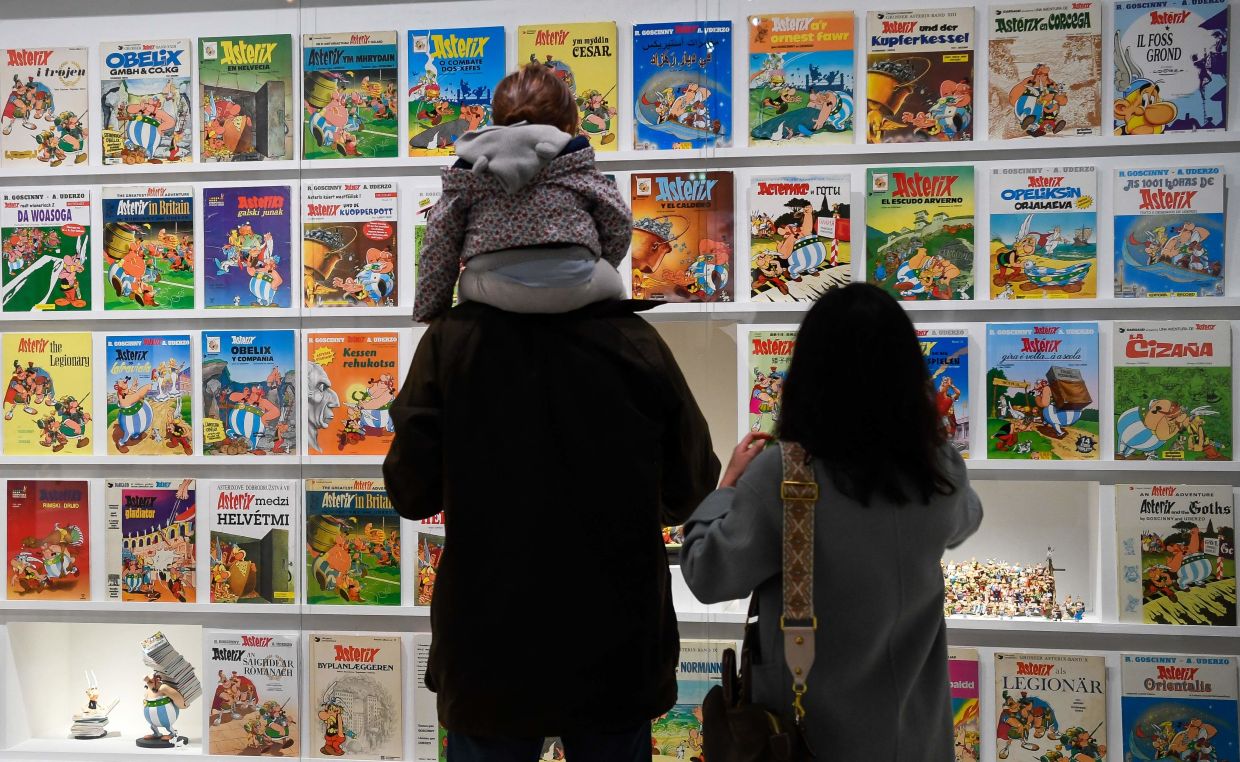 Visitors look at comics displayed during the exhibition 'Uderzo, Like A Magic Potion' at the Maillol Museum in Paris. Photo: AFP

The exhibition is titled Uderzo, Like A Magic Potion, referring to the special elixir that helped the rebellious Gauls defeat Roman soldiers whenever needed.

The show sees the Museum Maillol reopening after months of closure due to the pandemic and lasts until Sept 30. - AFP