Classical music fans can once again hear the plucked strings of violins and the swoosh of the conductor’s baton as the Dewan Filharmonik Petronas (DFP) in Kuala Lumpur finally reopens its doors to a live audience.

Strauss: A New World, under the batonship of Japanese conductor Naohisa Furusawa, opens this Saturday (April 17) at 3pm.

The hour-long concert by the Malaysian Philharmonic Orchestra (MPO) marks the venue’s first live performance with an audience since it closed its doors last March last year due to the movement control order and pandemic situation.

“Last year during the RMCO period we made several concert recordings without any audience in the hall, and I could not help but feel very lonely performing to an empty hall.

“Therefore, I am looking forward to performing at a live concert again as I miss the excitement and gratification we musicians get when the audience applauds, ” says Furusawa.

Strauss: A New World will be narrated by TV presenter/host Razif Hashim, who will introduce the works, and their background.

“The works contain a very subtle message of ‘Ganbate!’ or ‘hang in there!’ which is very relevant to our current situation, and the works in this concert have been specially selected to reflect that optimism. I hope the audience will enjoy the performance, ” says Furusawa. 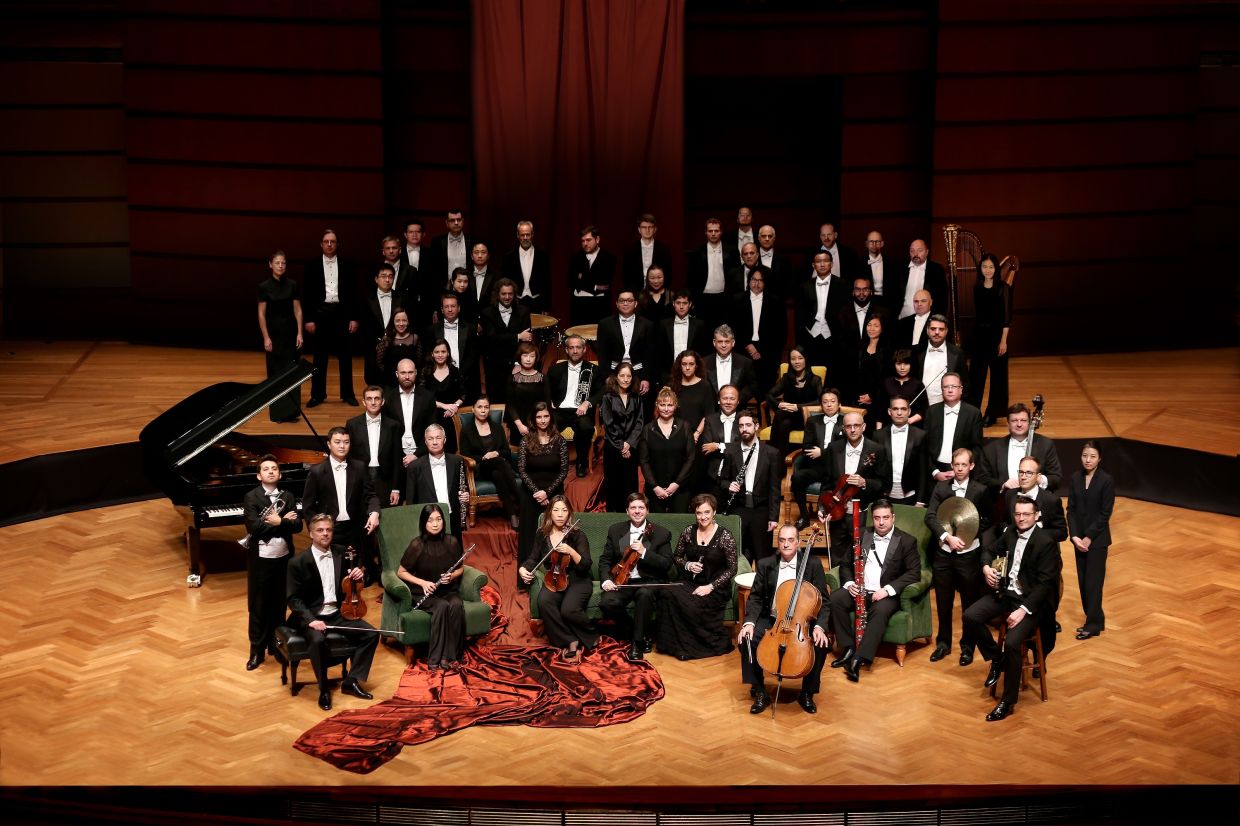 The MPO is ready to welcome a live audience again after a year of shutdown at Dewan Filharmonik Petronas. Photo: MPO

The Strauss works include Eine neue Welt by Eduard Strauss, named after one of Vienna’s pleasure gardens where the Strauss family often performed and Morgenblätter (also known as Morning Papers), composed by Johann Strauss II for the 1864 ball of the Vienna Journalists and Writers Association.

Village Swallows From Austria (inspired from the collection of short stories by August Silberstein), Pizzicato Polka and Fairy Tales From The Orient (written as a birthday present for the Turkish Sultan Abdülhamid Khan) are also on the setlist.

Despite the DFP being closed for a year, the MPO kept itself busy by entertaining concert-goers virtually with the "MPO At Home" series.

The digital series of short-videos, which started in April last year, featured the MPO and the Malaysian Philharmonic Youth Orchestra musicians performing remotely from their homes.

Last September, the MPOPlaysOn online series premiered on the MPO TV Youtube channel. It provided high-quality orchestral performances to the public digitally during the pandemic.

With Strauss: A New World, the DFP hopes to recapture the public’s support and imagination with world-class performances.

Kuala Lumpur is still under the conditional MCO until April 28, and to facilitate performing arts and live shows (under Government guidelines), the DFP concert hall’s capacity has been reduced to 257 people per show (full capacity is 900).