Mystery buyer of US$69mil digital artwork known only as 'Metakovan' 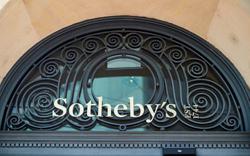 The buyer of a landmark work by the digital artist Beeple, which sold for US$69.3mil (RM285mil), is a leading collector of new technologies who operates under the pseudonym Metakovan, the auction house Christie's announced recently.

The sale of Everydays: The First 5,000 Days, a virtual mosaic created by Mike Winkelmann - the US artist's real name - caused upheaval on the art market, where digital art was still a niche just six months ago.

Only two artists have achieved a higher price during their lifetimes in the history of the arts, the British painter David Hockney and the US visual artist Jeff Koons.

The purchaser of the digital collage, Metakovan, is one of the oldest investors in "NFT," or "Non-Fungible Tokens," which are virtual objects like Everydays, whose authenticity and traceability are deemed to be inviolable.

"NFTs" are based on so-called "blockchain" technology, which is also used by cryptocurrencies like bitcoin.

In 2017, together with his partner, who goes by the pseudonym Twobadour and whose identity is also a closely guarded secret, Metakovan created Metapurse, the main investment fund in "NFT" virtual objects, of which he is the main financier.

At the beginning of January, Metapurse announced it had acquired 20 virtual paintings from Beeple for a total of approximately US$2.2mil (RM9mil).

"When you think of high-valued NFTs, this one is going to be pretty hard to beat," said Metakovan, in a statement released by Christie's. "And here's why - it represents 13 years of everyday work."

The 39-year-old artist from Charleston, South Carolina, started the Everydays project back in 2007, with the mission of producing a work every day.

After 5,000 consecutive days, Everydays brought together his daily pieces in digital form, beginning with a simple image of his Uncle Jim and ending on a detailed graphic portrait of characters from Donald Trump to Buzz Lightyear to Michael Jackson, depicted as dystopian muses around a child drawing.

To date, Winkelmann has produced 5,064 consecutive images - individually visible on his Instagram feed.

Techniques are replicable and skill is surpassable, but the only thing you can't hack digitally is time," said Metakovan. "This is the crown jewel, the most valuable piece of art for this generation. It is worth US$1 billion."

In mid-January, Metapurse announced the launch of three virtual museums in which it will exhibit acquisitions from the fund, enhanced by the use of virtual reality. - AFP 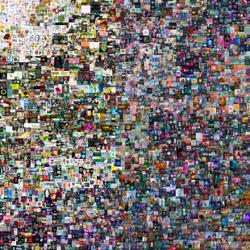 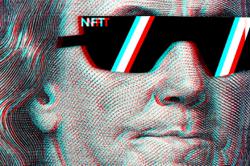