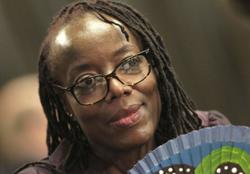 Juster's classic book 'The Phantom Tollbooth' tells the tale of a bored young boy, Milo, who is transported to a world of wonder when he drives through a magical tollbooth that has arrived without warning at his house. Photo: AP

Norton Juster, the celebrated children's author who fashioned a world of adventure and punning punditry in the million-selling classic The Phantom Tollbooth and remained true to his wide-eyed self in such favourites as The Dot And The Line and Stark Naked, has died at 91.

Juster's death was confirmed on Tuesday by a spokesperson for Random House Children's Books, who did not immediately provide details. Juster's friend and fellow author Mo Willems tweeted on Tuesday that Juster "ran out of stories” and died "peacefully” the night before.

"Norton's greatest work was himself: a tapestry of delightful tales," Willems wrote.

The Phantom Tollbooth, published in 1961, followed the adventures of young Milo through the Kingdom of Wisdom, a land extending from The Foothills of Confusion to The Valley of Sound, populated by the imperiled princesses Rhyme and Reason and the fearsome Gorgons of Hate and Malice.

Drawings were provided by his roommate at the time, Jules Feiffer, who would later collaborate with Juster on The Odious Ogre, published in 2010. Eric Carle of The Very Hungry Caterpillar fame illustrated Juster’s Otter Nonsense, which came out in 1982. Juster wrote 'The Phantom Tollbooth' while working as an architect in New York after serving in the US Navy, according to a biography provided by Random House. He called himself an 'accidental writer.' Photo: Handout

As Juster wrote in the introduction to a 1999 reissue of The Phantom Tollbooth, he first thought of the book when he was in his late 20s and working at an architectural firm in New York City. He found himself wondering, the way a child might, about how people relate to the world around them.

He had received a grant for a book on urban planning and spent months researching it before a boy's "startling” question - overheard by Juster in a restaurant - changed his narrative and changed his life: "What's the biggest number there is?”

"I started to compose what I thought would be about a child's confrontation with numbers and words and meanings and other strange concepts that are imposed on children, ” he wrote. "I loved the opportunity to turns things upside down and inside out and indulge in all the bad jokes and puns and wordplay that my father had introduced me to when I was growing up.”

Another Juster admirer, Maurice Sendak, would praise the book's "excitement and sheer delight in glorious lunatic linguistic acrobatics.” A 1970 film adaptation starred Butch Patrick of The Munsters fame, and The Phantom Tollbooth was later made into a musical, with a score by Arnold Black and lyrics by Sheldon Harnick.

Juster, a native of New York City, was the son and brother of architects and he never turned entirely from his family craft. He continued to write books, while co-founding the architectural firm Juster Pope Associates, in Shelburne Falls, Massachusetts, and his stories often combined his seemingly opposite gifts for structure and absurdity.

The Dot And The Line: A Romance In Mathematics is a love triangle as only Juster could have imagined - between a straight and straight-laced line, a dotty dot and a swinging squiggle. (Animator Chuck Jones adapted it into an Oscar-winning short film).

Stark Naked finds an undressed protagonist wandering in the town of Emotional Heights, encountering such characters as the intellectual Noel Lott and school principal Martin Nett.

Juster's more recent stories included The Hello, Goodbye Window, for which illustrator Chris Raschka received a Caldecott Medal, and the sequel Sourpuss And Sweetie Pie. One project he never got around to: that book on urban planning.

"The funny thing is that many of the things I was thinking about for that book did find their way into The Phantom Tollbooth, " he wrote in 1999. "Maybe someday I'll get back to it when I'm trying to avoid doing something else.” - AFP