Amanda Ang never expected to embark on a journey of discovering her roots through food when she was cast to play Connie Cheng in a new virtual drama titled Rice!, written by Malaysian-born, London-based actor, writer and performance maker Vera Chok (who wrote the book The Good Immigrant).

But, as surprising as the journey was for the award-winning screen/theatre actor, Amanda, as she prefers to be called, shares that there is joy in “discovering just what makes us who we are.”

“I just never really thought I would go on that journey through food. It’s been very interesting to look back at how rice itself has affected my life so much growing up.

“It’s a point of reflection and a lot of exploration of things that you thought you had rejected but the more you taste it, the more it lingers in your mouth the more you feel it, ” offers the KL-based actor, who won bronze in the Best Performance By An Actress category at the 2020 New York Festivals TV & Film Awards for her role in Singaporean series Last Madame.

Rice!, which will run on Feb 27 and 28 at 8.30pm, is co-directed by Malaysian actor/director/host Razif Hashim and British director/producer Hester Welch. 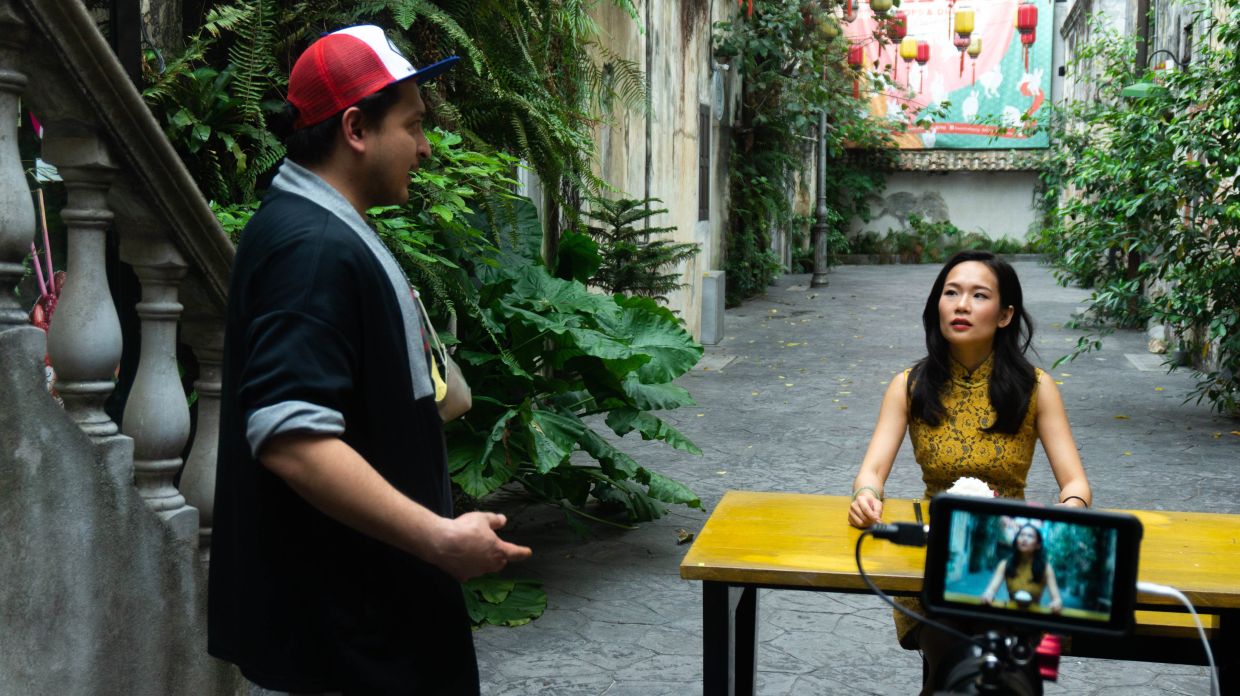 Rice! will be streamed live via Zoom from Lee’s home in Bristol, England and Amanda’s house in KL.

It will be presented in English, Bahasa Malaysia and coloured with Chinese dialects.

“This is a story of migration, the delicate existence of life between two cultures and the food that shapes it.

“It’s a blend of performance styles that includes storytelling, food and song as a medium to express humanity, a sense of belonging, the lack of it, and third culture-ism, ” offers Razif. The online play will include flashbacks, fast forwards and bits of pre-recorded scenes that will tie the story together but also “show how disconnected they are with what they once were”, says Razif.

Rice! is presented by Malaysian-British based theatre company Wayang Kitchen (co-founded by Razif and Welch in 2019) and is co-produced with British theatre company Omnibus Theatre.

Before the pandemic, Wayang Theatre used to partner with restaurants to tell stories through delicious food.

With theatre venues in lockdown in both countries, this show reflects the resilience of individual in the performing arts scene to get new works out during this pandemic era.

Rehearsals and meetings had to be done online, with both sets of creative teams raring to tell this slice of life tale. Rehearsals had to be done online, with both sets of creative teams in KL and London working around the time difference. Photo: Wayang Kitchen

Rice! revolves around Connie Cheng, a quirky first generation Malaysian woman who went on to become a lounge singer in KL in hopes to find glitz and glam.

She eventually migrates to Britain and spends more than half her life there.

The story unfolds as Connie tries to reconnect to her roots, attempting to remember what made her who she is, and the only way she can trace her steps is through the memories of food and a series of experiences around the dinner table.

Amanda, whose acting credits include The Optic Trilogy (2018), The Bee (2018) and Betrayal (2015), says Connie is very much “like us now, being ‘separated’ from what we are used to and finding the core of who we are and what we do so we can still be us and move on whilst looking forward.” For Razif and Amanda, 'Rice!' is about exploring one's roots through food. Photo: Wayang Kitchen

“As people who have spent some time away from home, Hester and I are very keen to tell stories about internationality and the nomadic lifestyle.

“We are always interested about the sense of connection between people. Whether they are relationships of old or newly formed, there’s always something good about sitting around a table and sharing a meal, ” he says.

In the Klang Valley, viewers for Rice! can also opt for an immersive culinary experience to get into Connie’s world with "The Concubine Experience".

Get a food kit delivered straight to your door (self pick-up option available) and participate in an hour-long pre-show virtual cooking class.

Razif points out this “should enhance the storytelling and bring you closer to the emotional journey the characters are going through. This is the Wayang Kitchen ethos.”

In fact, the play was originally meant to be performed live at Concubine KL last year after the Chinese New Year period. Connie's character is shaped by a series of experiences at the dinner table. Photo: Wayang Kitchen

It was called The Far China Monologues. However, due to the enforcement of the movement control order (MCO) in March, the show never materialised.

But instead of shelving the project, the team applied for the British Council’s Digital Collaboration Fund and in December, the project received the Restart Grant (£10,000 or RM57,000) offered for projects halted due to the pandemic but are able to pivot and resume virtually.

This gave the team (six each in KL and London) a much-needed boost and they got back to work in January to give the show a digital transformation.

“On a creative level, Hester takes more responsibilities on the ‘wayang’ side of things with the actors and writer.

“I am more involved in making sure that the kitchen side is taken care of and assuring that the symbolism and meaning behind the food reflects the audience experience, ” says Razif.

Of course, this unique theatre approach came with its own set of challenges, according to Razif. 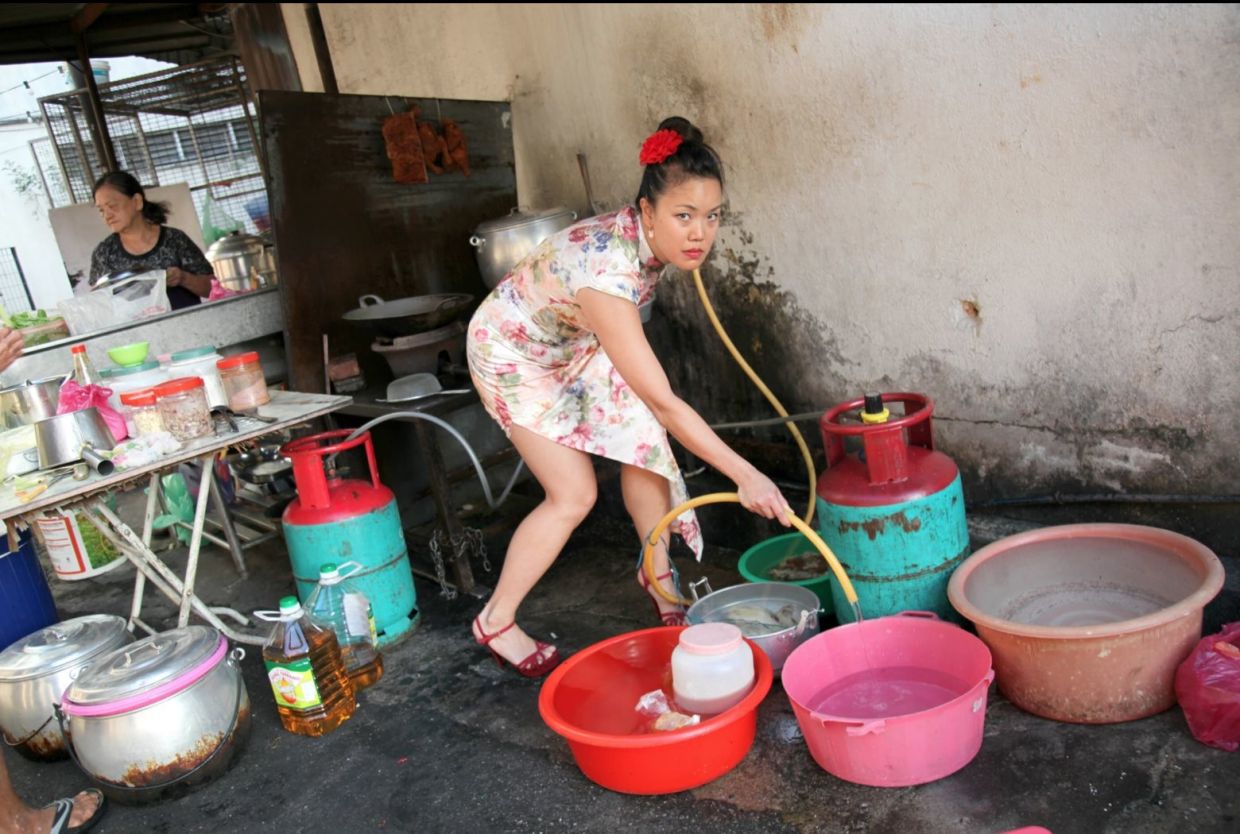 London-based writer Chok wrote the play based on her own experience of calling both Malaysia and Britain home. Photo: Wayang Kitchen

“Though this might be the norm in the future, we are still on a learning curve, questioning how to make productions work this way. It’s hard to clarify our process, ” he adds.

For Amanda, who has done both screen and stage work in Malaysia and Singapore, it felt like an “introduction to the world of performing arts in our new climate.”

“All the elements are there, live show, recorded elements, online streaming yet a personalised experience at home. It is the amalgamation of both theatre and film, ” she says.

Amanda hopes audiences will take the time to figure out what food means to them after watching Rice!.

“There’s so much history in it. If we really look into it, we’ll find a connection, ” she concludes.

Rice! will be streamed via Zoom on Feb 27 and 28 at 8.30pm. Tickets: RM28 (performance only), RM88 (performance/The Concubine Experience). More info here.