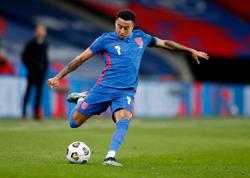 Not all superheroes wear capes: some prefer dresses. British cartoonist Steven Appleby drew on his own cross-dressing to create August Crimp, who transforms into "Dragman" whenever he puts on women's clothes.

The hero discovers that putting on women's clothes makes him able to fly - and his heart soar.

Yet he is ashamed of his secret passion and decides to ditch his dresses and accessories to be a conventional dad.

But when his young neighbour calls out for his help, it's time to slap on the makeup and save the day.

"I put things from my experience in my life in the book," said Appleby, wearing deep-red lipstick, a blonde wig and elegant black-and-gold dress, at his south London studio.

The 65-year-old artist said he is "relaxed about pronouns" and goes by "Steven" and "he" but sometimes also "Nancy and "she".

His studio is a warm, cocoon-like space with candles burning and music playing. There are large drawings on the wall, many of them nudes.

Like his superhero, Appleby discovered his interest in cross-dressing when he was young, while studying at art college.

The book takes an incident from his own life when he discovered a discarded stocking in his student flat.

"I found the stocking down the back of the sofa and put it on, and I suddenly thought: 'Oh I could dress up. And then I could look like a girl,' " he said.

He found this enjoyable, but also felt "immediately guilty and full of shame and fear that my flatmates would discover it".

In another autobiographical detail August Crimp's wife, Mary, is a carpenter, as was Appleby's wife, Nicola Sherring, when they met.

They had two children together, are still married and "very good friends", while no longer a couple, said Appleby,

It was Sherring who did the watercolours for Dragman.

The main difference between Appleby and his hero, he said, is that "I told her I like to dress in women's clothes when we first met.

"She didn't mind and then we would go shopping for clothes," he added.

"Eventually she realised ... as well as being a fun thing it was also an obsession and that became more difficult."

The couple still lives in the same house along with Sherring's new partner and they raised their children together.

"Nicola is an amazing person ... because she's able to allow that situation," he said.

Despite his supportive family, it took a long time for him to accept his identity. He took the plunge around 13 years ago, since when he has only dressed as a woman.

"I think it was fear that stopped me, fear of embarrassing my children," he said. But in fact they "didn't really notice".

'Be true to your own style'

Appleby came up with the idea for Dragman in 2002 and began drawing a comic strip in The Guardian daily.

At the time he was still not "out" as a cross-dresser and said the strip was "a way for me to playfully put it into the world without sort of saying 'I am a transvestite'".

After the novel Dragman came out, Appleby received messages of thanks from other cross-dressers.

"One sent me a message saying that he just told his wife that he liked to wear women's clothes," he said, adding that the response was positive.

But he never told his parents. His mother was Canadian and met his English father during World War II.

He grew up in an old vicarage in Northumberland in northeast England, going to boarding school, then art college, he dropped out for two years to play keyboards in a rock group called Ploog.

"All in all it was a disaster but it was fun," he said.

At the Royal College of Art in London, he was taught by Quentin Blake, who famously illustrated Roald Dahl's children's books.

Blake's advice was to be "true to your own style".

Dragman is Appleby's ironic take on the superhero comics he enjoyed reading as a child, particularly Batman.

"And I think 'Catwoman' had an influence on my dressing up," he added with a cherry-lipped smile. - AFP