From the roar of traffic to a song on the radio, a new anthology collects comics from across South-East Asia that illustrate something invisible - sound.

Sound: A Comics Anthology, put together by fledgling Singapore-based publisher Difference Engine, features 13 stories by 20 creators from across the region.

Difference Engine publisher Felicia Low-Jimenez, 42, says: "When we first thought about publishing a comics anthology, we wanted a theme that would make use of the unique aspects of the comics medium, and the concept of sound intrigued us. What could be better than challenging creators to depict the unseen?"

They anticipated a modest turn-out, but received 103 entries from nine countries.

The anthology's editors, Budjette Tan and Charis Loke, looked for works that interpreted the theme of sound in a thoughtful, memorable way.

Loke, 30, who is Malaysian, says: "I like seeing artists take risks with visual storytelling while deliberately using each element of a comic, whether it's the layout, aesthetic style, shape language or the absence of dialogue, to further the narrative."

The comics range from mythical to political, from an oral story that warns of tsunamis and saves generations on an Indonesian island to what a Filipino street snack seller hears as he plies his trade on election day.

Filipino writer Paolo Chikiamco, 41, says: "One of the most prominent sounds that, for me, defines Manila is the sound of protest. Protests here have a deep link to music. When I think of the People Power Revolution, there's a soundtrack that immediately plays in my mind, even if I wasn't there myself." 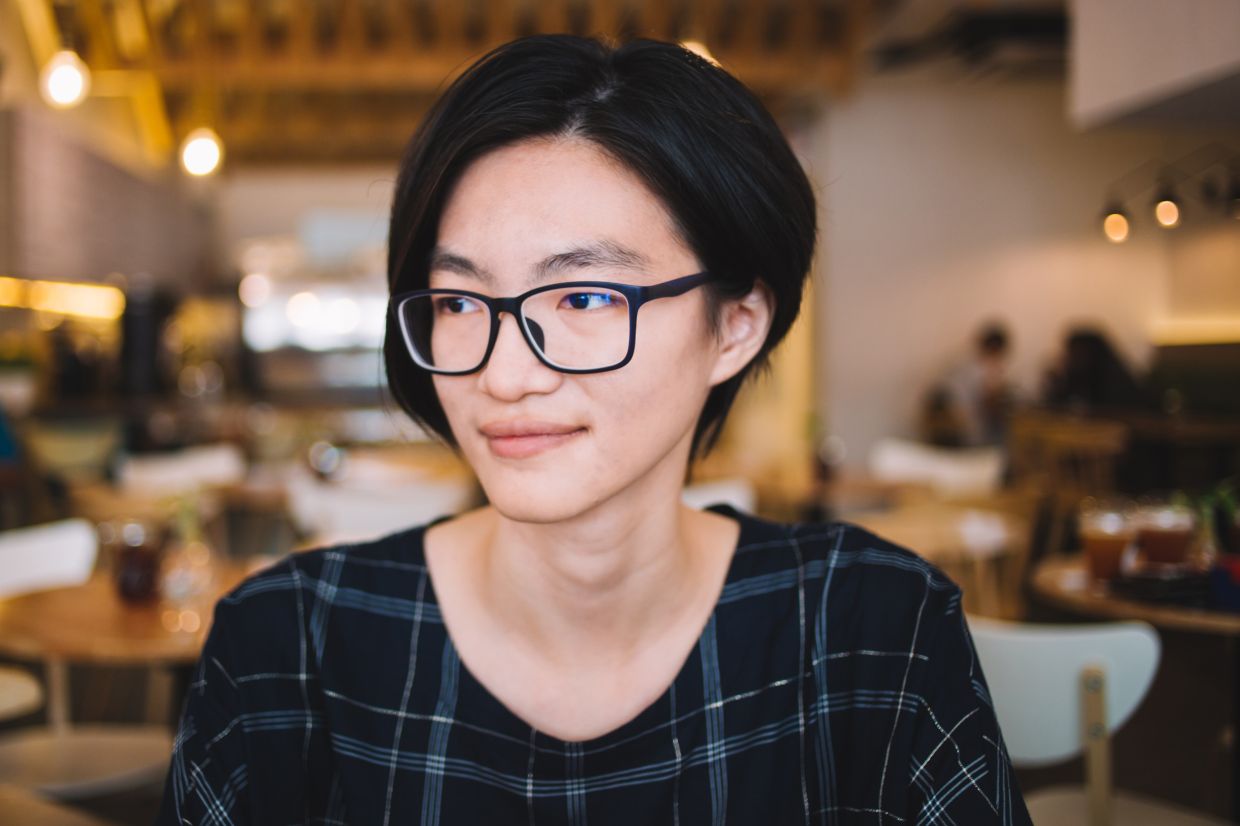 'I like seeing artists take risks with visual storytelling while deliberately using each element of a comic, whether it's the layout, aesthetic style, shape language or the absence of dialogue, to further the narrative,' says Loke. Photo: Handout

Folk, his comic with illustrator Borg Sinaban, 31, imagines a clandestine karaoke club for creatures from Filipino folklore, such as the kapre, a tree-dwelling giant, and the tikbalang, a horse-headed humanoid, who in a time of unrest decides to step out of the shadows.

Other comics touch on the personal. In Singaporean Nicolette Lee's Hokkien For Beginners, the protagonist Kara is unable to understand her grandmother's Hokkien, depicted in speech bubbles as inky blurs that resolve into words as Kara tries to learn the dialect over YouTube.

"One thing I really regret was the fact that I wasn't able to speak the same language as my grandmother before she passed away," says Lee, 27. "Even though it's not based on the life that I've lived, something in me really wanted to make this comic."

In Signals by Malaysian artist Farid Nad, a closeted transgender man lives with his conservative religious family and processes every sound he hears through a threat assessment system.

"I felt like there were not enough stories of queer people like me from Malaysia, who are always silenced and have a hard time feeling safe and sound," says Farid, 24.

"I wanted to make a story that would resonate with people from my community and give a peek into our lives for everyone else. The way I incorporated sound into my story was by having the protagonist analyse every sound cue to see if it would bring danger or not, as queer people have to always be vigilant of harm coming their way for existing."

There has been a greater push in recent years to foster links in comics publishing across the region. Last year, Singapore publisher Epigram Books began putting out new editions of graphic novels from around the region, from Elmer (2011) by the late Filipino great Gerry Alanguilan to Malaysian Arif Rafhan's road trip memoir Reality B*tchslap (2020).

While Sound may be a stepping stone for South-East Asian comics to reach an international readership, its editors feel its greater benefit is the creation of a network between comic writers and illustrators in the region.

"We live such intertwined lives but generally don't know much about each other's comics scene," says Loke.

Tan, 48, the Filipino writer of horror comic Trese (2005 to present) - which is being adapted this year into a Netflix animated series - says he could easily name his top 10 favourite comic book stories from the United States, but would struggle to do the same for his neighbouring South-East Asian countries.

"When I saw all the entries for this anthology, I got excited with the possibility of seeing more works from all these creators," he says.

"I hope this encourages South-East Asian creators and publishers to find ways to get their stories translated into English, as well as our respective languages, so it would make it easier to share our comic book creations." - The Straits Times/Asia News Network