Lat and gang: get to know 12 Perak-born cartoonists in this online series

Have you ever wondered what makes a cartoonist tick? What are their ups and downs? And what keeps them going?

Supported by the Perak government's Dana Kreatif Perak, DocuToon is streamed for free every Friday midnight via Sako Plus’ Youtube channel.

Sako Plus or Sahabat Komik Creative Solution, is a video production house founded by Mior and Abu in 2019. It also publishes comic books.

Each video, which was shot at various locations in Perak and KL, runs between 10 to 30 minutes.

Recordings began last February but the project was temporarily stopped due to the movement control order. It resumed in June to September. 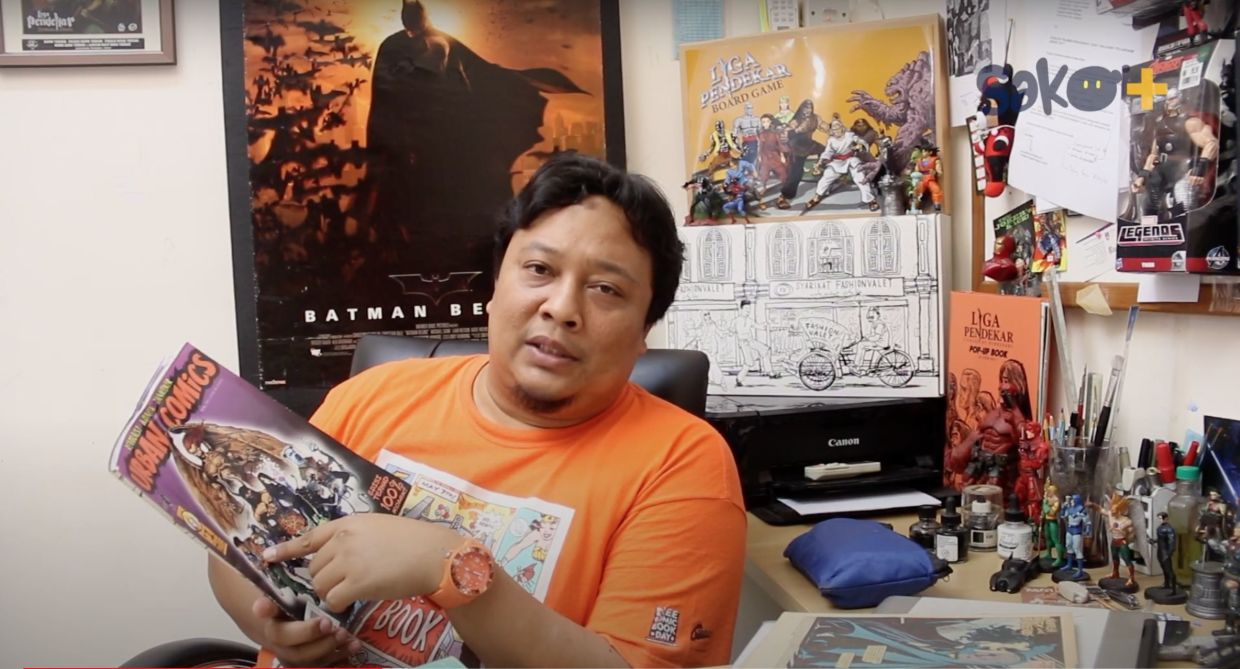 Azhar Abdullah, the founder of Urban Comics, is one of the featured comic book artists in DocuToon. Photo: Sako Plus/Youtube

So far, seven videos have been released. The DocuToon series will culminate with Perak’s (and the country’s) most celebrated cartoonist, Datuk Mohammad Nor Khalid, better known as Lat, on Feb 19.

“DocuToon’s objective is to celebrate and appreciate the contributions of great but lesser known cartoonists and comic book artists born in Perak. People usually only know of Datuk Lat.

“What many may not know is that these cartoonists have contributed a lot to the country and have indirectly inspired the younger generation to dabble in the arts,” says the Ipoh-born Mior, 38.

“In each episode, the featured cartoonist will share their life story, aspirations, latest projects and their advice to the younger generation. Essentially, viewers will get to know what it takes to be a successful comic artist, ” he adds.

Mior, says they were picked based on their popularity and contribution to the Malaysian comics industry, and have been full-time artists for more than 10 years.