Braille book shortage: is literacy for blind people in Malaysia under threat?

'Mastering Braille and having more reading materials in Braille are important measures in correcting the misconception that the blind are capable of nothing more than selling tissue packets by the roadside,' says Umashangari (right). Photo: Bernama

S. Umashangari learned to "read” at age 7, and promptly fell in love with the written word. However, by age 8, she found that she had quickly run out of things to read.

This is because she was born blind, and there is only so much reading material available in Braille.

"By the time I was in Standard 2, I could already read Braille but found it extremely difficult to get a hold of books in Braille. It was frustrating to not be able to enjoy the variety of works of fiction that my friends did. It was then that I vowed to translate books into Braille when I grew up, so that no one else would have to suffer from the same disadvantage as me, ” says Umashangari, 33, who believes that providing better access to books for the blind is instrumental to their empowerment and success.

"Mastering Braille and having more reading materials in Braille are important measures in correcting the misconception that the blind are capable of nothing more than selling tissue packets by the roadside, ” she adds.

Umashangari, who hailed from Taiping, Perak, eventually went on to graduate from Universiti Malaya with a degree in Anthropology and Sociology, but never forgot her desire to empower the blind.

Today, she is a translator and editor of Braille reading materials at the Malaysian Association for the Blind (MAB). Since holding the post in 2018, she has translated over 10 books to benefit the blind community.

Among them are textbooks for use in Malaysian schools, such as Asas Sains Komputer (Form 2); Bahasa Melayu (Form 3); and Sains for Form 5 students.

Sadly, Umashangari’s enthusiasm to lift the standard of Braille literacy among the blind is not shared by many.

In Malaysia, only 51,540 from among the 780,000 who are visually-impaired are registered with the Welfare Department. Even sadder, only 30% of them can read Braille.

George Thomas, CEO of MAB, says that many of those who struggled or could not at all read Braille were those who lost their vision later in life, due to disease or accident. 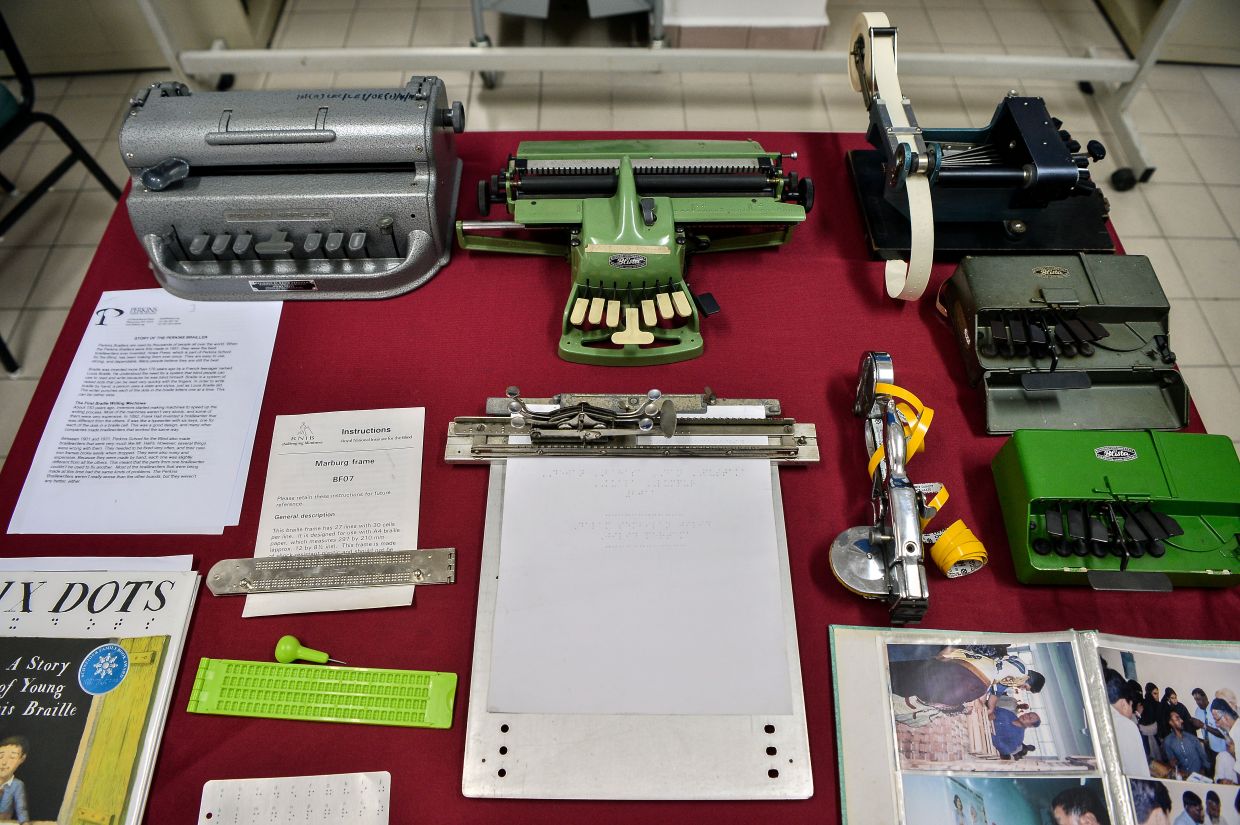 The equipment used to translate books into Braille seen at Malaysian Association for the Blind (MAB) building. Photo: Bernama

"They depend entirely on apps and technology, unlike those who were blind from birth. The latter would usually be sent to school to learn Braille, ” he says.

He further reveals that in 2020, a total of 2,562 visually-impaired students learned Braille in school with 38 of them in preschool, 1,147 in primary school and 1,377 in secondary school.

However, the Covid-19 pandemic has affected their learning due to the limitations of online classes.

Challenges of producing books in Braille

Malaysia may be ahead of other Asean countries when it comes to Braille education, but it is nevertheless hindered by issues such as securing copyrights for translation and the high cost of production for Braille reading materials.

"We cannot simply translate any material into Braille, and not all parties agree to have their work translated into Braille. Furthermore, we have to put up with layers of bureaucracy before we can publish a book, ” says George.

Translating a book into Braille can be highly tedious and labour-intensive too.

"Translators have to manually copy the entire book, word for word along with figures and graphs. Imagine how long it would take to translate a book that is 30 to 40 pages long.

"The cost of producing a book in Braille is also higher because we’d need a special machine and use a thicker paper that is 120gsm (grams per sq metre), ” he explains.

Regular books use papers that are only 60-80gsm.

"You’d end up with bigger and thicker than average books because Braille characters take up more space, ” he says.

The Malaysian Foundation For the Blind CEO Silatul Rahim Dahman, meanwhile, believes that the importance of Braille should be recognised by all as it was an important form of communication for the blind community. 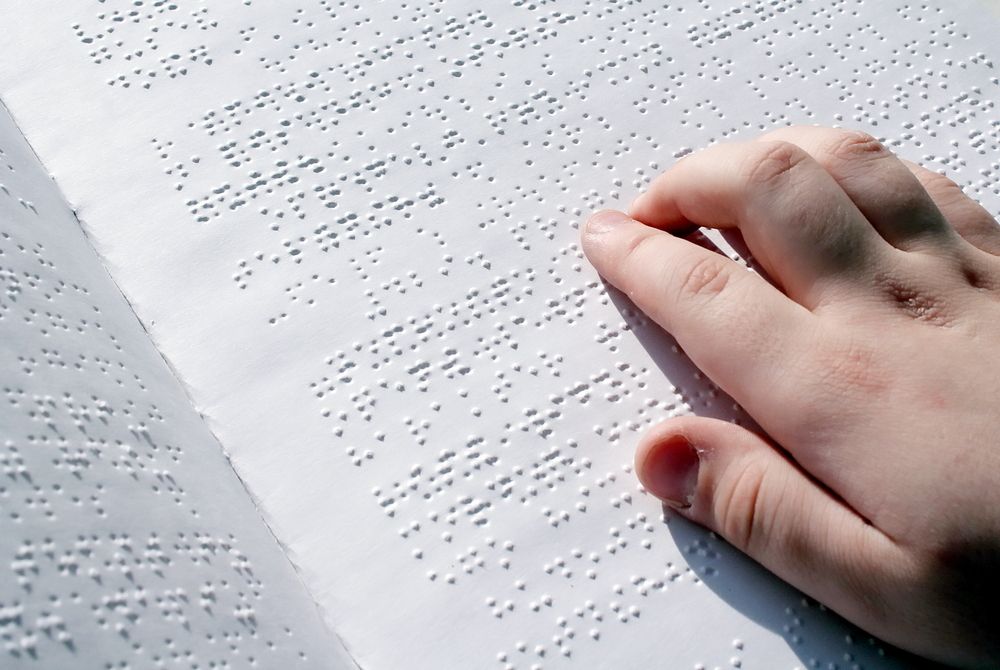 Malaysia may be ahead of other Asean countries when it comes to Braille education, but it is nevertheless hindered by issues such as securing copyrights for translation and the high cost of production for Braille reading materials. Photo: AFP

"Braille has been proven to contribute the success (of the visually-impaired) in the aspects of socio-economy, vocation, education and politics, ” he says.

He points out that in disseminating information to the public - particularly on Covid-19 - the relevant agencies seem to have overlooked the needs of the blind.

A year has passed since the pandemic ravaged the world, but Silatur Rahim claims no information has yet been made locally available in Braille, forcing the visually-impaired to rely on those around them for information on it.

"It is as if they believe that we are invincible against Covid-19. I find this very worrying because until today, there is no standard operating procedures (SOP) for the blind community. We are at high risk of contracting infection because we have to go out in public and touch surfaces. We also rely on our sense of touch and smell to detect obstacles, ” he laments.

Commenting on the low number of registrants from among the blind community with the Welfare Department, Silatur Rahim adds this is mostly due to caregivers who take the matter lightly.

"I have found that the issue stems from three main factors: personal issues; geographical issues which makes it hard for caregivers to register those under their ward; and policy issues, because the government itself did not make registration compulsory.” - Bernama 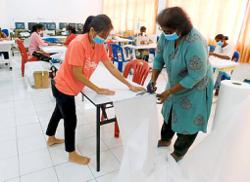 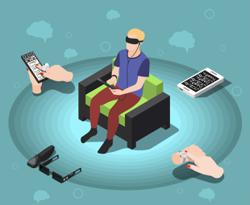