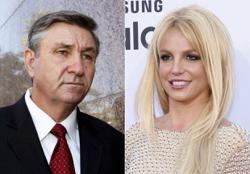 A throwback concert of Malaysian folk songs and silver screen classics will be held in conjunction with photography exhibition Bayangnya Itu Timbul Tenggelam: Photographic Cultures In Malaysia at Ilham Gallery in Kuala Lumpur on Oct 10.

Warisan By VerSeS will feature The KL Madrigal Singers, with special guest Dr Yi-Li Chang (from Taiwan) on violin. It is the first music programme at Ilham Gallery since its post-MCO reopening in July.

The songs in Warisan will be presented in a combination of classical voice solos, a cappella choral and violin solo. The repertoire, which includes songs like Potong Padi, Bengawan Solo, Suriram, Anak Ayam, Anak Odeng, Mak Inang and Getaran Jiwa, is inspired by the pop culture section in the Bayangnya Itu Timbul Tenggelam exhibition that features a selection of Malaysian magazine and vinyl from the 1950s to 1970s.

“For those who loved the originals, this concert should provide an enjoyable and refreshing take on the music to be enjoyed alongside the wonderful exhibition,” says musical director Scott Woo.

“We are always keen to challenge stereotypes when it comes to music. Often people also associate classical voice with opera or a cappella with American pop music, but that is only a fraction of what classical voice can do, and we are happy to showcase the versatility of classical voice in carrying lagu lagu rakyat and irama layar perak, ” he adds.

The KL Madrigal Singers hope to, at least, intrigue people enough to later explore and better appreciate this part of local music history.

“Listening to these renditions while being surrounded by the (photographic) exhibits in the gallery definitely helps to create a walk down memory lane albeit with a modern lens over it,” says Woo.

“It may not sound exactly like the originals or even some of the more recent band covers, as our programme is accompanied only by a piano, or presented a cappella. However I believe the renditions retain their cultural and nostalgic charms no less,” he adds.

The KL Madrigal Singers is part of the VerSeS Music Ensembles collective, which was founded in 2002. It is an a cappella quintet by singers from Koir Kebangsaan, Voices of Bestari and The Summer Singers. It was formed to join a competition (organised by the Selangor Philharmonic Society). After emerging as the champion, it decided to stay on as an a cappella quintet with a focus between pop/jazz and classical.

“The dream was to provide variety to the musical offerings within the society as best we could, and draw inspiration from international groups such as the Swingle Singers, The Song Company and King’s Singers.

“Over the 18 years, the musical landscape in Malaysia has shifted a lot. It continues to evolve, and so has our musical focus along with it, as we aspire to fill the (music) gaps in society here, ” says Woo.

As a whole, VerSeS aims to increase the variety and complexity of classical music styles, giving the public a new appreciation and experience when it comes to this music genre.

Some memorable VerSeS highlights include The Singing Balcony initiative, Opera Arias at the back alley of Kwai Chai Hong in Chinatown KL, and performing Miserere Mei (Allegri) in the Zhongshan building stairwell in KL.

“We hope to break the notion and perception that certain types of music will only exist in certain places, like concert halls, opera houses and cathedrals,” he adds.

After Warisan, VerSeS will be presenting The Jiwang 90s...1590s concert on Oct 24 (8pm) at Percussion Store, Jalan Panggong in KL. The live concert (it will also be streamed) will feature “jiwang” love songs from the Elizabethan period by John Dowland and other Renaissance music, with Y.S. Tang on classical guitar and Dr Yi-Li Chang on viola da gamba. Pre-booking is required.