When he is not designing interiors, 51-year-old Hank Cheng can usually be found in his studio conjuring tiny but intricately detailed scenes.

"I like to try to make anything, whether it's clean, old or dirty, to let my imagination run wild," he said.

His creations range from a replica of a 40-year-old grocery store in central Taiwan that caught his eye, to an imaginary "secret maintenance base" for a legion of Minions made from a discarded Minion-shaped cookie box he recycled.

"When people ask me is there anything I can't make, I joke: 'Only air and sunshine.'"

In his youth, Cheng studied illustrations in Japan, where miniatures and dioramas have long been popular.

But he only started making miniatures himself five years ago, after spotting a photo of a Japanese artist's work that was so realistic he thought it was real at first sight.

Recycling is a recurring theme for Cheng, who was raised to cherish finite resources in a thrifty family.

One of his most detailed pieces is a painstakingly accurate model of an old Japanese restaurant selling eel rice dishes - complete with smoke-stained kitchen and greased floor - which won awards at a Japanese competition.

Another favourite design is a run-down bar with rowdy patrons, graffitied walls and a back alley littered with garbage so realistic Cheng hopes viewers can "smell the odour" just by looking at it.

"I hope each of my creations tells a story to get people interested, and it does not just look pretty or look realistic," said Cheng, who has also published a book on making miniatures and held solo exhibitions.

"I hope it shows some 'warmth' and the traces of real things."

Hikari Yang, 39, started making miniatures at a time in her life when she was feeling low.

She recalled that by the time she completed her first work - a Japanese-styled town of her dreams - she felt "healed" by the process and had forgotten about her troubles. Hikari Yang poses for a photograph with her work during an interview at FM Dioramas in Taoyuan, northern Taiwan. Photo: AFP

She set up the FM Dioramas studio in Taoyuan, northern Taiwan, in late 2016 with several partners, maintaining a day job until she was recently able to switch to making models full time.

The group's portfolio is filled with detailed models featuring real-life or sci-fi scenes that on average take some eight to nine months to complete.

Her studio has cultivated a growing following by giving miniature-making classes across Taiwan and it also creates miniature items that are shipped to fellow modellers around the world.

"People come to our classes to learn to make what we call 'healing little items' like a tree in a park. Making the miniature from scratch provides a release of the stress in their busy lives," said Yang.

One custom order Chen received from a government agency was to recreate a miniature traditional house of the Seediq, one of Taiwan's many indigenous tribes. Another came from a couple who wanted a model of the restaurant they had their first date in.

A more elaborate diorama he built for his own collection contains an environmental message.

The futuristic gas station - servicing flying cars in a world where rising oceans have swallowed the land - won a prize in Hungary.

"The work depicts how people would live when the land disappears," he said.

"Climate change and global warming are happening right now and I hope people will cherish the present. What we see as normal resources are limited and could be gone one day." - AFP 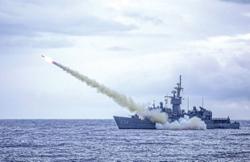 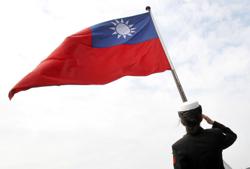