Music lovers in India have paid glowing tributes to the classical maestro Pandit Jasraj, who has died at the age of 90.

Jasraj had stayed with his children in the United States after India imposed an international flight ban in March as part of a coronavirus lockdown, according to the Press Trust of India news agency that quoted a family member.

Born into a family of musicians in the northern Indian city of Hisar in 1930, Jasraj started performing on stage at the age of 11.

He received his initial training in classical music from his father, who performed in royal courts.

Jasraj is credited with bringing niche Indian classical music to the masses with his innovative style that enthralled audiences across the world.

He won scores of awards for his contribution to music, including India's second-highest civilian honour.

Jasraj also performed in Bollywood movies and contributed vocals to the soundtrack of the acclaimed 2012 Hollywood film Life Of Pi, but remained focused on stage performances.

Bollywood music superstar Lata Mangeshkar said she was "extremely saddened" by the news, according to PTI.

Grammy and Academy Award-winning musician A.R. Rahman tweeted that Indian classical music had "lost one of its shining stars". - AFP

Covid-19: Schools in Seremban red zones to close for 16 days 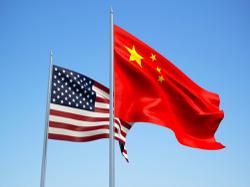