A thumbprint is the one of the most important parts of a person's identity. It is a clear and distinct representation of who you are, and cannot be found or replicated anywhere else.

For young portrait painter Vivian Ng Suet Yuan, this is a perfect metaphor for Malaysia's multicultural identity, which like a thumbprint, is also unique and irreplaceable. “This is my first ever thumbprint portrait. Tunku Abdul Rahman is the Father of Malaysia. I hope that we will always remember what he had contributed to the country 63 years ago," says Ng, 28, referring with pride to Tunku Abdul Rahman's historic declaration of the nation's independence on Aug 31,1957.

"I am not a politician, nor can I make much change, nor do I expect any change. But I can use my own hands to pay tribute to the founding father of Malaysia. At least I hope that as long as one person sees my painting and reminds him (or her) a little bit of patriotism, it will be worth it," she adds.

The British-trained Ng, who is from Bentong, Pahang, is the founder of Niuniu's Gallery. She studied architecture and design, and holds an MA landscape architecture from Leeds Beckett University in England. She also lectures art at a college in Petaling Jaya while also concentrating on her speed and spray painting projects. This series, she says, is her way of paying tribute to the founding fathers of the country.

“My hope for this Merdeka Day is that we continue to have a peaceful country. I would really like there to be harmony and peace among all the races in Malaysia, ” says Ng.

The portraits are on display at Niuniu's Gallery in Sungai Chua, Kajang, Selangor. 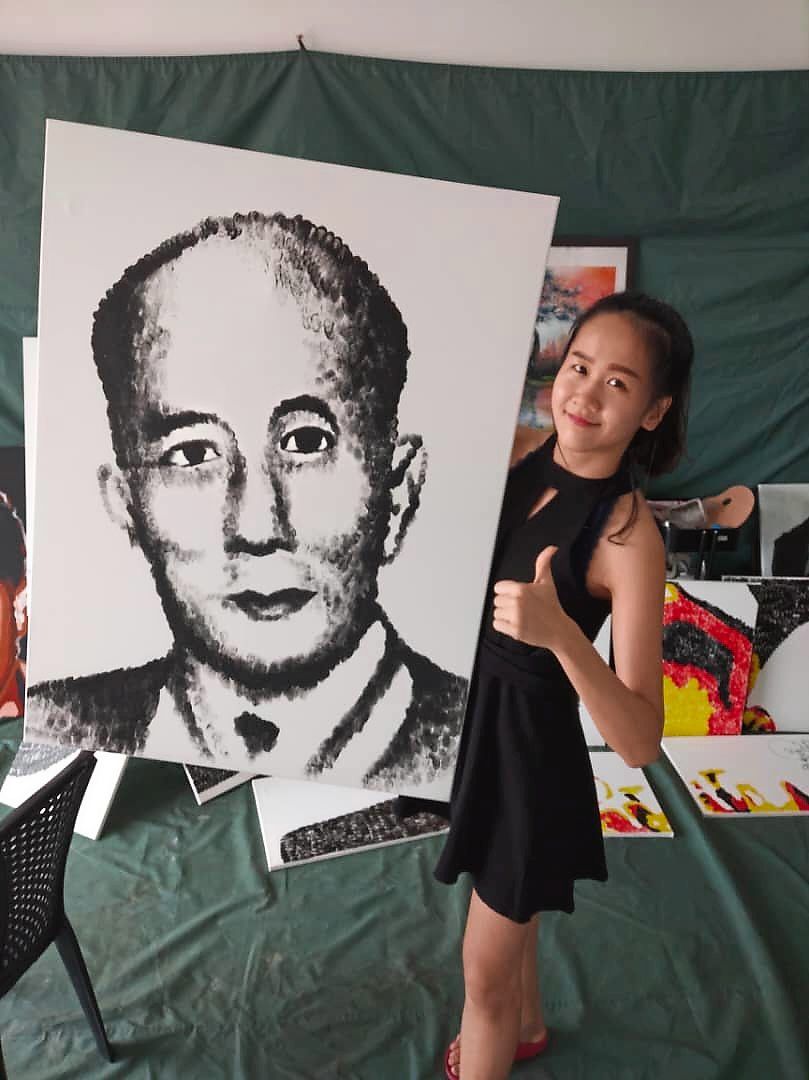 'If all the politicians can, like Tunku Abdul Rahman, lay down their personal interests or opinions and serve the country, I believe our country will be better, ' says Ng, who is pictured here with her thumbprint portrait of Tunku Abdul Rahman. Photo: Niuniu's Gallery

Creating the portrait took thousands of thumbprints, says Ng, who used her right thumb for this artwork. Photo: Niuniu's Gallery

Ng with her portrait of Tun Tan Cheng Lock made from thumbprints. Photo: Niuniu's Gallery