'You hear about 'saka', the concept of generational ghosts. It always fascinated me that you could inherit one of these (beings) and not know,' says Hanna about her new book. Photo: The Star/Ong Soon Hin

Throughout her childhood, author Hanna Alkaf reveals she was fascinated by traditional ghost stories told by her friends and family.

One chilling story that has stayed with her is the concept of saka: a supernatural being from Malay folklore that can be passed down from one generation to the next.

Talk about having a ghost as a family heirloom.

In her long-awaited new book The Girl And The Ghost, Hanna has placed this saka idea alongside themes of friendship, love and jealousy.

“You hear about saka, the concept of ‘generational ghosts’. It always fascinated me that you could inherit one of these (beings) and not know. It struck me that it would be cool to marry this idea with very Western ideas of ‘fairy godmothers’ or imaginary friends, ” says Hanna, 35, in a recent interview.

“I thought, if you were a kid, and inherited one of these, you wouldn’t know what it was. I really wanted to see if a little girl could inherit one of these spirits and turn it into a friend. And what happens if a ghost becomes attached to its master?”

The Girl And The Ghost, published by Harper Collins, is Hanna’s first middle grade novel (readers between 8 and 12).

This new book comes after her acclaimed debut novel The Weight Of Our Sky (2019), which won a US-based Freeman Book Award (Young Adult/High School Literature category) earlier this year.

Earlier this year, Hanna was also featured in the short story anthology Once Upon An Eid (2020), published by Amulet Books.

Hanna says she has no issues writing books for a young audience. With The Girl And The Ghost, she wants to continue filling up gaps in the young literature scene here.

“One of my goals in writing is to help young people feel seen in the books they read. I think there is value in representation, especially at a middle grade age.

“Every book I write, I think can be condensed down to filling a gap I had when growing up. I’m trying to write the books I wish I had when I was younger, ” reveals Hanna, who lives in Sungai Buloh in Selangor. 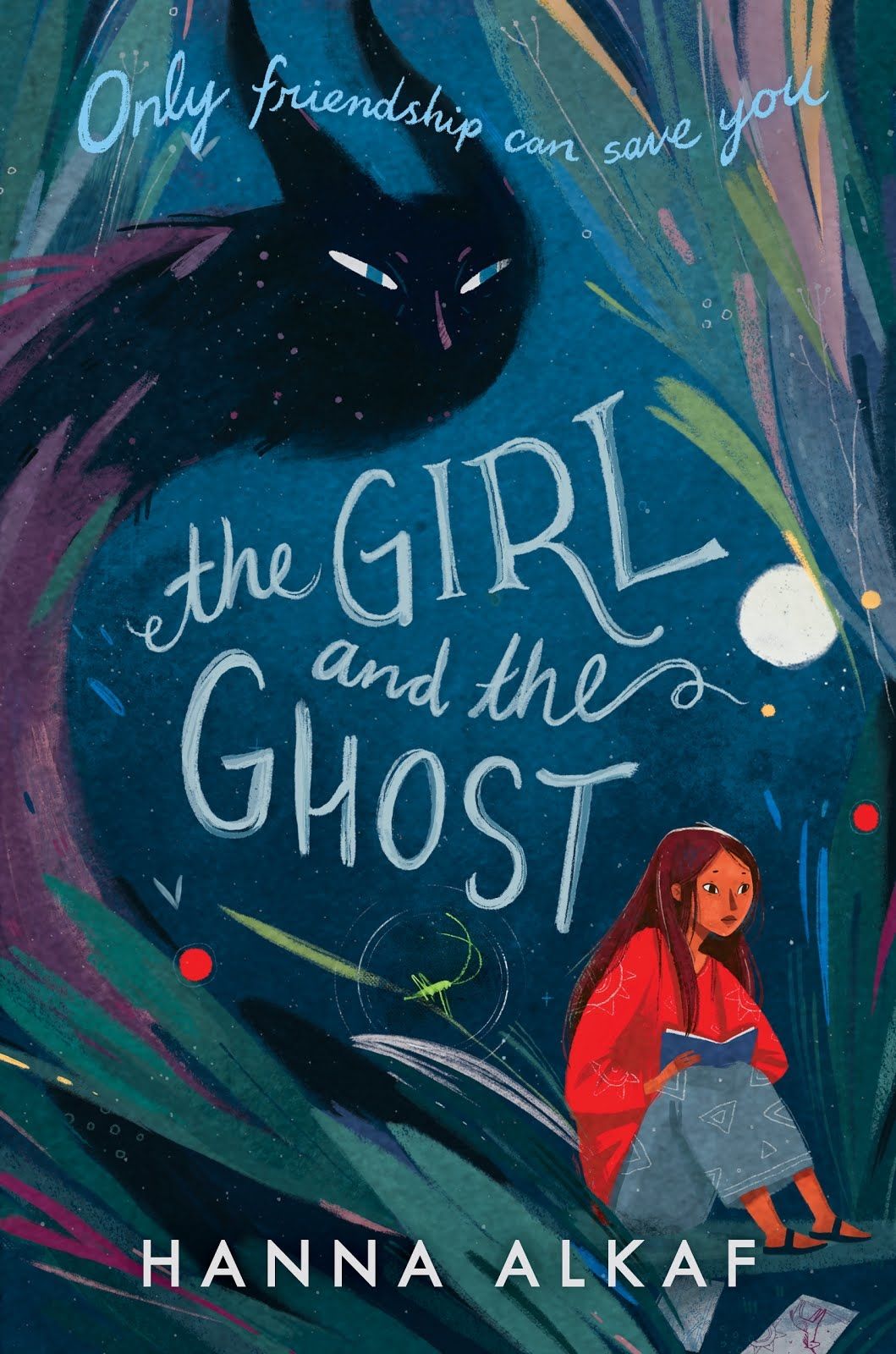 Hanna’s The Girl And The Ghost spins the tale of Suraya, a young girl who receives a dark gift from her witch grandmother. It is a pelesit, a spirit from Malay folklore that often takes the form of a grasshopper or cricket. Suraya bonds well with this ghostly spirit, who has dark powers beyond imagination. She even affectionately calls it “Pink”.

As Suraya grows up, however, her bond with Pink becomes strained. She has to face the problems of growing up, and Pink’s methods of dealing with them are too morbid for her liking. Things become complicated as Pink is soon noticed by a pawang named Ali, who has bad intentions. Suraya and Pink end up having to deal with supernatural horrors... and human evil.

The book is a solid coming-of-age tale about two very misunderstood characters who come together in friendship. Equal parts spooky, funny and thrilling, it is also a distinctively Malaysian tale, with local places and customs (and ghosts) all given the spotlight.

The Kuala Lumpur-born Hanna, who has a son and a daughter, says she had no real preference between writing for young adults or middle grade audiences, and she actually enjoys switching between the two. Would she consider writing adult fiction for a broader audience?

“I won’t rule anything out. But I don’t see myself writing adult fiction at the moment. I have toyed with writing picture books or graphic novels in the future. Those are options I would love to consider, because I love illustrations. Illustrated works have so much power, ” says Hanna, who has been actively supporting local artists and their print works during these pandemic times.

Back to The Girl And The Ghost, Hanna reveals the book was written back in 2018. Its tone and atmosphere were inspired a lot by works from Neil Gaiman, such as Coraline and The Graveyard Book, as well as The Girl Who Drank The Moon by Kelly Barnhill.

True to its title, Hanna’s new book creeps into dark realms, and she didn’t hold back with the scary twists and turns.

“You hear stories like this all the time when growing up. I went to Convent Bukit Nanas, an old mission school (in KL) with all sorts of Japanese Occupation (WWII) stories.

“The school was full of dark corners. There was an old well with an iron grate to make sure no one would fall in. You can imagine all the stories we heard. But this was all seen as normal, ” says Hanna with a laugh. 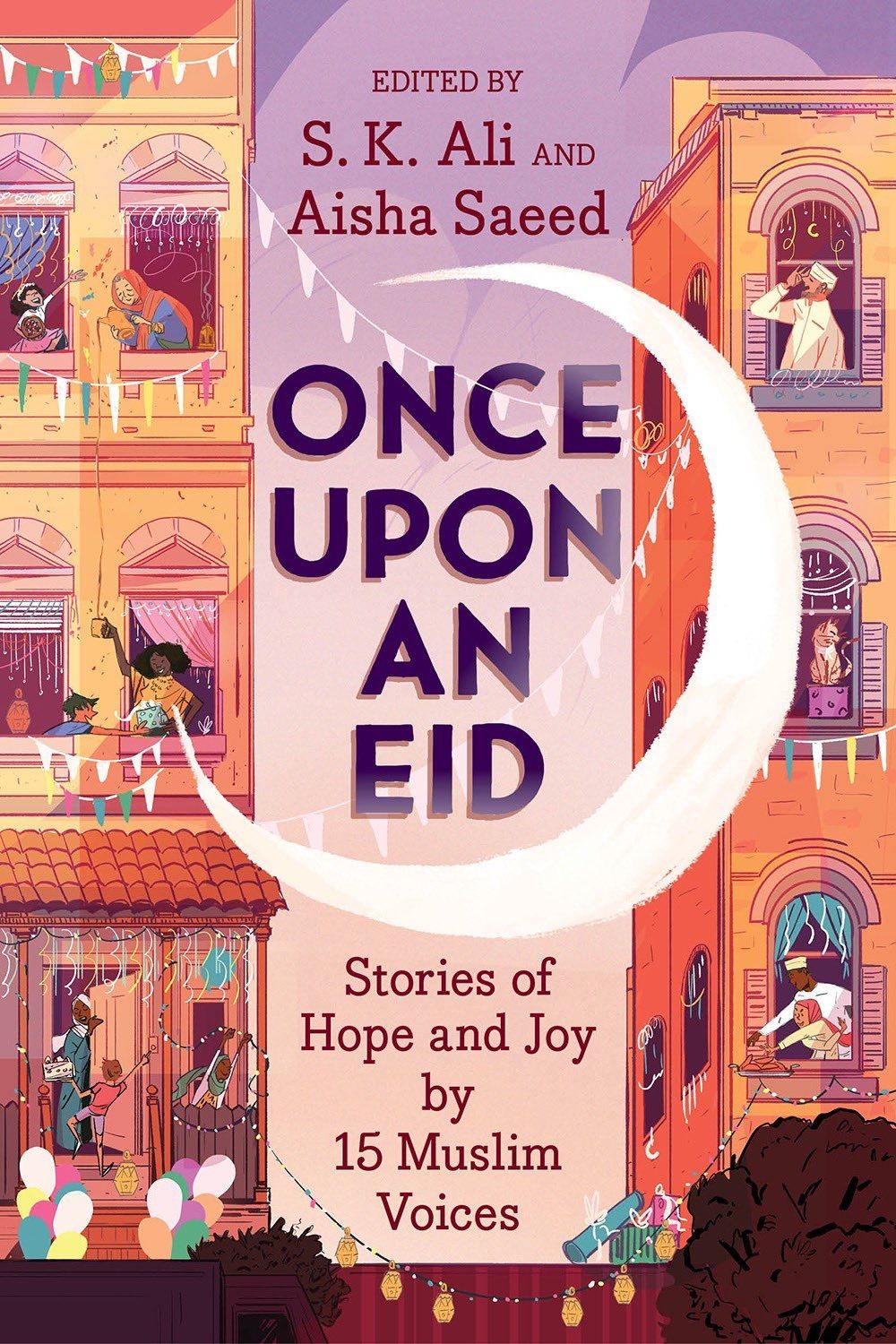 “When we were young, a lot of us loved the dark! Not to say these stories didn’t scare us. But we enjoyed being scared. I think you can get away with a lot of darkness if you make sure its not just done for the sake of being scary. As long you’re telling a good story with emotion and heart, I think the darkness is not a thing to be worried about.”

Does she believe in these supernatural tales? No, Hanna says, but it doesn’t hurt to play safe.

“I’m not a superstitious person, but I don’t want to risk anything either. I might not believe in them, that doesn’t mean they don’t believe in me!” she says.

In the new book, Suraya and Pink not only have to deal with ghostly encounters, but very human horrors as well. These include issues such as bullying, rejection and jealousy.

“I think at its essence, this is a book about being haunted. Not just by ghosts. You can be haunted by a lot of different things, and I think the things that the main character goes through will be very relatable to a lot of us, ” says Hanna.

“There are a lot of things in life that make you afraid. But just like Suraya, you can overcome them.”

The Girl And The Ghost is already on the racks but Hanna says she isn’t slowing down.

She recently signed a two-book six-figure deal with US publisher Salaam Reads, an imprint (from Simon & Schuster) that aims to introduce readers of all faiths and backgrounds to a wide variety of Muslim children and families and offer Muslim kids an opportunity to see themselves reflected positively in published works.

Hanna’s next book, due in 2022, is Queen Of The Tiles, a Young Adult murder mystery set during a Scrabble tournament.

On the local front, Hanna is also one of the core members of #kitajagakita, a Malaysian outfit serving as a “one-stop shop” initiative for anyone interested in helping out in pandemic relief efforts. According to her, there is still a lot being planned for this initiative.

“Right now, we see ourselves continuing to do the work of kitajagakita for at least six months, until the end of the year, to help communities and organisations to get back on their feet, ” she says.

“We think we still have a part to play in this ecosystem, and so we will continue. Our work is perhaps not at the same breakneck pace as it was during the first month of the movement control order (in March), but we still have work to do.”

In these difficult times, Hanna still finds the quiet hours to write. Her drive is to keep writing the books she would have liked to read.

“I think there is a real hunger now for stories that are new and diverse. Not just the same old thing. Not to say the books being published now are all the same, but we are all looking for something fresh. I’m glad to be able to tell stories like this, about characters and places that are not the norm, and I hope to see many more stories like this, ” she concludes.

Hanna Alkaf’s 'The Girl And The Ghost' is available now at good bookshops nationwide.