The story of Spider-Man's most unsung villain, The Burglar

This year marks the 40th death anniversary of the Burglar, also known as the man who inspired Peter Parker to become the Spider-Man he is today. Photos: Marvel Comics

Every great superhero requires an equally great villain to bring out the best in them.

In the process, both hero and villain benefit as their popularity soars. However, there are always some villains that fall through the cracks and are forgotten. One of these is The Burglar.

While Uncle Ben’s death has gone down as the pivotal moment in Spider-Man’s career as a superhero, hardly any credit (or rather, discredit) has been given to arguably the first ever member of his rogue’s gallery.

Everyone knows the “With great power comes great responsibilities” mantra, but how much do you know about the villain that “inspired” it? For instance, did you know that this year marks 40th anniversary of The Burglar's death from a heart attack in The Amazing Spider-Man (vol.1) #200)?

Well, considering that The Burglar has had such a significant contribution to one of the greatest superheroes ever created, let’s give him some love and retrace how the man went from zero to hero’s bane. The Burglar made his comic book debut in Amazing Fantasy #15 (1961), which is also when Spider-Man made his debut.

He literally ran into Spidey’s life with a security guard right on his heels, but a selfish Peter, flushed with fame after appearing on TV for the first time, lets him go right past him, telling the guard, “From now on, I just look out for number one, that means me!”

This, of course, turns out to be the greatest mistake of Peter’s life, as the Burglar later breaks into the Parker residence and kills his Uncle Ben. Although he was eventually caught by Spidey and sent to jail, we had to wait 193 issues (or 19 years) for him to reappear. Out of mind... but not out of sight

Despite being in the slammer, The Burglar made regular flashback appearances every time Spidey’s origin story was retold. This went on even after his death in Amazing Spider-Man #200, as the flashbacks were told not just in the comics, but also in the movies.

In fact, The Burglar probably has had more flashback appearances than many other regular Marvel characters, which begs the question: why doesn’t he have a proper name? 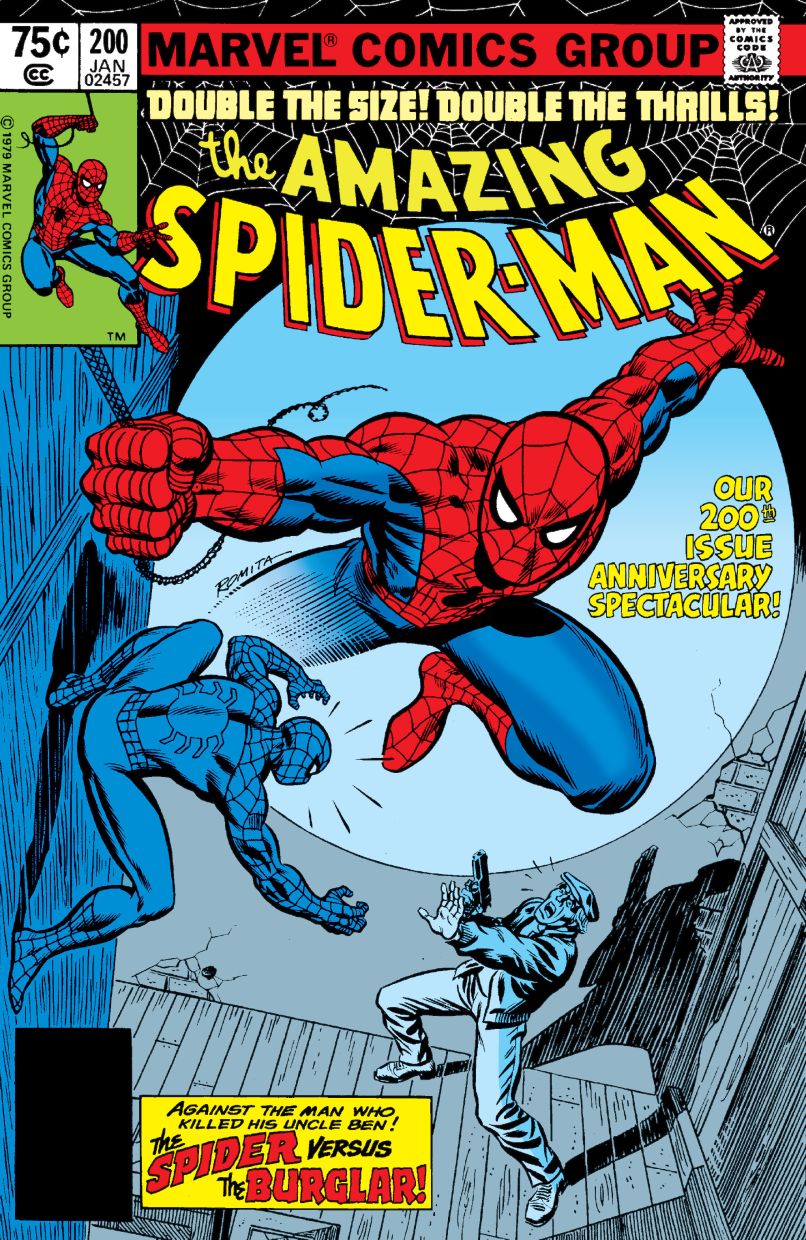 While there are theories that say Marvel doesn’t want to glorify his evil act, it’s frankly quite ridiculous that he has remained unnamed for so long.

Nevertheless, there have been many hints as to what his surname and real name could be, starting with the introduction of (possibly) his estranged daughter Jessica Carradine (aka the photographer who once dated Ben Reilly aka Spidey’s clone).

However, it is conceivable that Jessica could have adopted her mother’s maiden name, as it was subsequently revealed that The Burglar also had a nephew named Jimmy Costas.

So, is his surname Carradine or Costas? The former was further fuelled by the Ultimate Spider-Man series’ highlighting of a cat burglar named “Dennis Carradine” – who also happens to be a carjacker. This somehow ties in to the Spider-Man 3 movie (starring Tobey Maguire), where Uncle Ben was killed by a “carjacker” later revealed to be Flint Mari, a.k.a. the Sandman.

With all these theories swimming around, and with The Burglar already dead, I can live with him remaining unnamed, out of fear of him becoming a victim of “creative exploitation”. Despite the fact that the Burglar already has the dubious honour of kickstarting Spidey’s superhero journey, Marvel (or rather the creative team of Marc Wolfman, Keith Pollard, Jim Mooney and Jim Shooter) decided to tinker with his story further by giving him a reason for his visit to the Parker residence that fateful night.

Yes, in Amazing Spider-Man #192-#200 it was suggested that The Burglar’s presence at the Parker home wasn’t random at all.

The story goes that The Burglar once shared a prison cell with an elderly gangster named Dutch Mallone, who used to live in the Parker house, before they moved in, and had stashed his stolen wealth in that house.

To further tie his story with Spidey’s, it seems The Burglar’s first encounter with him at the television station wasn’t by chance either, as the crook was there to obtain information about the location of Dutch’s house.

Once he got what he needed (and escaping Spidey in the process), The Burglar went to the Parkers’ residence to retrieve Dutch’s treasure, only to be confronted by Uncle Ben... and the rest is history.

In Amazing Spider-Man #193-#200, The Burglar returns to settle his unfinished business, but the main difference this time is that he now has the support of Doctor Ludwig Rinehart a.k.a. Mysterio, who worked at the nursing home that Aunt May was living in back then.

Unfortunately, Spidey is given a trashing by Mysterio who uses a chemical depressant to temporarily freeze his powers. But even without it, Peter’s hatred and determination to capture The Burglar pushed him to pursue the villain, culminating in a final showdown. After a fierce battle, Peter finally snaps and reveals his secret identity to The Burglar, and the realisation that Spidey is angry enough to kill him for what he did scares him so much that he succumbs to a heart attack... and dies.

Aunt May is later rescued and finally overcomes her fear of Spidey. As for Dutch’s treasure, apparently Aunt May and Uncle Ben had discovered it some time ago (pre-Amazing Fantasy #15), but the money had all been devoured by silverfish. So, ironically, it turns out that everything the Burglar went through and did... was for nothing.

Well, he did give Spider-Man the reason to become the hero he is today, so I guess that will forever be his legacy.