Low's makeshift living space at KongsiKL included a bed on a table with wheels, fitted with a mosquito net. Photo: Low Pey Sien

KongsiKL manager Low Pey Sien, 29, will look back on her lockdown time with fond memories, documenting her stay at the warehouse-turned-arts space on Jalan Klang Lama in KL.

The Kuantan-born KL-based artist made KongsiKL her home for 75 days (from April 1 to June 14). Her experiment was to rough it out and test KongsiKL’s viability as an arts residency venue. She also uploaded regular updates on KongsiKL's social media.

Since it opened its doors in 2017, KongsiKL had hosted a handful of artists. But not for such an extended stay-in period.

“A residency does not have immediate measurable outcome, its impact takes a long time to ferment, whether for artists’ personal development or for the space, and the immediate community. The documentation will be crucial for something intangible like this, ” shares Low.

For Low, moving into KongsiKL was an "escape" from the mental stress of being stuck at home under the movement control order (MCO). Inspired by the two residency programmes she participated in Japan last year (Koganecho Bazaar at Yokohama and Bi@Paradise at Matsudo), Low says she was interested in how residencies complemented the arts ecosystem and how KongsiKL - as a space - can encourage creative work. Low figured since KongsiKL was closed during the MCO, it was a good opportunity to develop a potential long-term residency programme, with the necessary "lived-in" framework. Low’s living space, from her bedroom to the kitchen, were makeshift spaces.

Her bedroom was a table on wheels with a mosquito net secured on it, her kitchen was a camping gas stove placed next to an existing sink and fridge. Her living room was made cosier with a sofa she picked up from the dumpster outside the warehouse.

Low was pretty much living in self-contained environment at KongsiKL and she only started to drive out occasionally in May once the MCO entered its conditional phase. Low wanted to prove that KongsiKL has the potential to be an arts residency programme venue. Photo: Low Pey Sien

During her stay at KongsiKL, Low spent time decluttering and maintaining the warehouse to prepare for future projects, completing an installation with Bodhi tree branches found at the back of the KongsiKL premises (in collaboration with artist Liew Chee Heai) and working on her self-portrait photographic project.

"The scale of the open space warehouse is liberating for any artist who wishes to create new works. Different artists will see different potential for their work here," she says.

“We are keeping it as bare as possible because an empty space gives you more room for imagination. I think time is an important factor as well... a project might grow with one’s familiarity of the space. That is where the residency programme can come in to encourage site-specific works. Low was busy during her stay at KonsiKL, with upkeep and decluttering work, besides working on her personal projects. Photo: Low Pey Sien

"I think each project that happens in KongsiKL will be an imagination of the possibilities of an empty space in the city, ” concludes Low.

No residency programmes at KongsiKL have been planned yet. But things are open-ended, with spontaneous projects expected once the pandemic situation in Malaysia improves.

Since the start of the MCO, all new shows, including eight new instalments of KongsiKL's Seni Tiga series, have been postponed indefinitely. 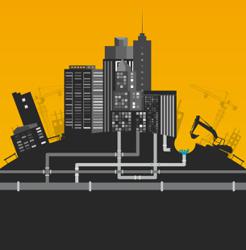