A mixed media work called 'Internal Monologues' by Tiffany Choong. Both boxes are interactive pieces, where viewers can create their own ‘dialogue’. Photos: Handout

In Boxed In: One Foot At A Time, artists are urged to let their imaginations run wild, framed by the medium of a one-square-foot box.

Curator Ivan Alexander Francis Gabriel says he had been toying with the concept of the exhibition for ages, with it coming together late last year.

“I thought, wouldn’t it be funny to give artists (12” x 12”) boxes and tell them to think out of the box, with the artwork staying inside the box?

So, I sent two boxes to each of the artists around November last year and more recently, we’ve received so much feedback on the title of the exhibition as everyone is basically ‘boxed in’ at this time, ” says Gabriel.

The exhibition, which was originally planned for a physical preview at a gallery-cum-studio in the heart of George Town, Penang, has been propelled online due to the outbreak of Covid-19.

Falling in line with the “boxed in” theme, organisers took to the little boxes to the Zoom conferencing app where they held three open discussions with participating artists that were also streamed on Facebook Live. 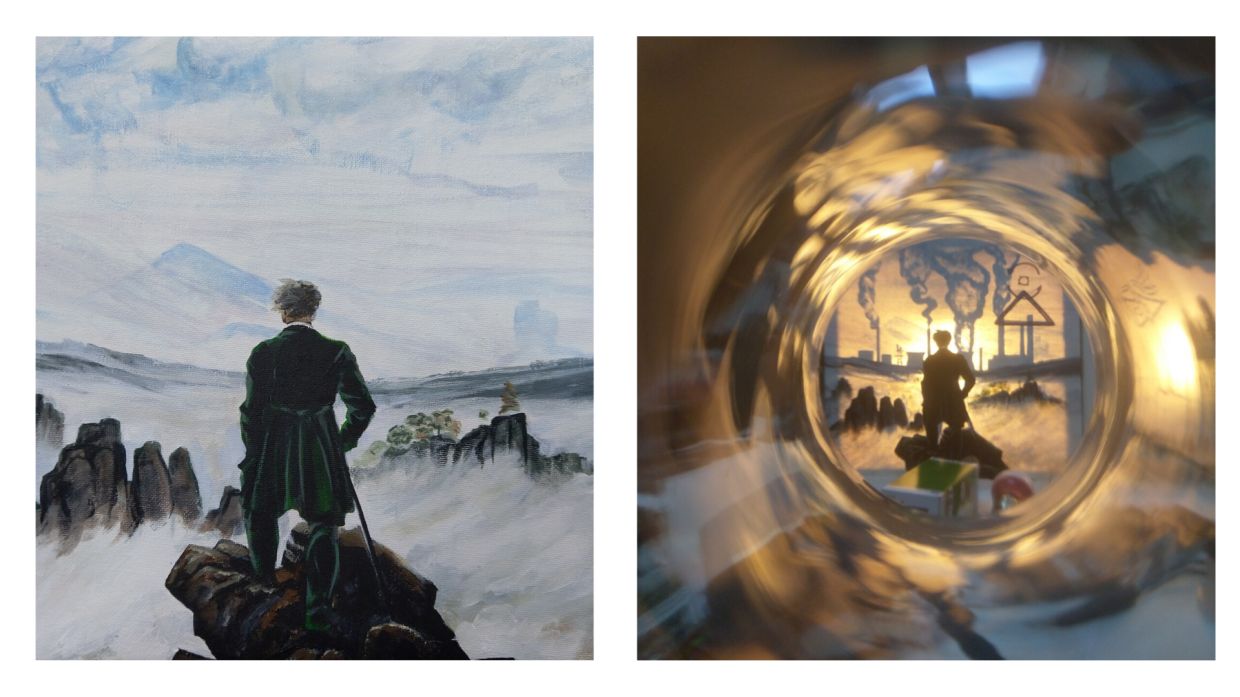 A before and after image showing how Thomas Powell’s 'Short-Sighted' artwork visually and aesthetically changes with light. The work is painted on canvas, with a light bulb hanging from the back, revealing the ‘truth’ behind the work.

“The preview was meant to give people an idea of what goes on before an exhibition launches.

“Now, we’ve gotten to do it on Facebook and Zoom which is both fun and challenging.

“It’s remarkable to notice that the preview has had engagement from people from all around the globe.

“We’ve had visitors from the United States, Australia, England, Italy and surprisingly, quite a number from Greece and Sweden, ” says Gabriel.

Like many get-togethers done remotely, unexpected things have happened like the curator disappearing after a power trip due to lightning, cats and children appearing in the background (and foreground) and the emergence of rain flies jointly experienced through front-facing cameras.

“I have three cats and it’s like all their birthdays (are happening) with these rain bugs flying around, ” jokes Thomas Powell before an introduction of his piece which features a play of lights around Caspar David Friedrich’s oil painting Wanderer Above The Sea Of Fog. First, all is serene with a man overlooking a cloudy but lovely landscape but when light hits the box, the image starkly changes, revealing smoking factories, smog and dust.

“I wanted to explore light as a tool in sharing additional images. When the light is turned on, additional information is revealed that changes the narrative of the picture, ” reveals Powell, adding that the artwork also juxtaposed the ongoing struggles between power, money and profit with sustainability and the possibilities of human potential.

Sharing over Zoom also gives those present an insight into the private lives of the artists as books, pictures, paper weights, paint tins and unfinished artwork are spied behind the exhibition’s creative minds.

Vintage cameras were spotted on Jakob Zuyten’s impeccably organised cupboard in the background as he shared his art piece: a breathtakingly simple but ingenious pinhole camera.

“Being an analogue photographer, I was thinking about (showing) different photographic processes when I received the boxes. Then my wife said: ‘Why don’t you actually make a camera?’, ” says Zuyten, originally from Sweden and now based in Penang.

Constructing bellows to work as a zoom lens and utilising old Ilford photographic paper, Zuyten has been capturing his experiences of being confined at home with his box-camera. Jakob Zuyten's work showcasing how the box is turned into a camera, and the 'final' result.

“Confinement has been a stroke of luck as I can actually show my view of being boxed in and portray the feelings I have in this unique moment of time.

“I have a makeshift darkroom which is actually my bathroom and I use the sink, a tray, household chemicals and a bike light to develop the photos, ” he adds.

Carey Junior, a frontliner in the movement control order (MCO) as a pharmaceutical worker, is another artist featured in Boxed In.

With weaving being her preferred medium of art, Carey Junior has turned her two boxes into a single mailbox for unspoken secrets.

“Most Asians are not very expressive and I was thinking that all those thoughts that we can’t say aloud are also ‘boxed in’ us. My piece is a kind of medium for people to express those thoughts, ” she says.

From plaster work to flying hearts with cicada wings, beads that mimic the sound of rain and shelves to put your precious things, the contributions to Boxed In extend across numerous concepts and mediums. 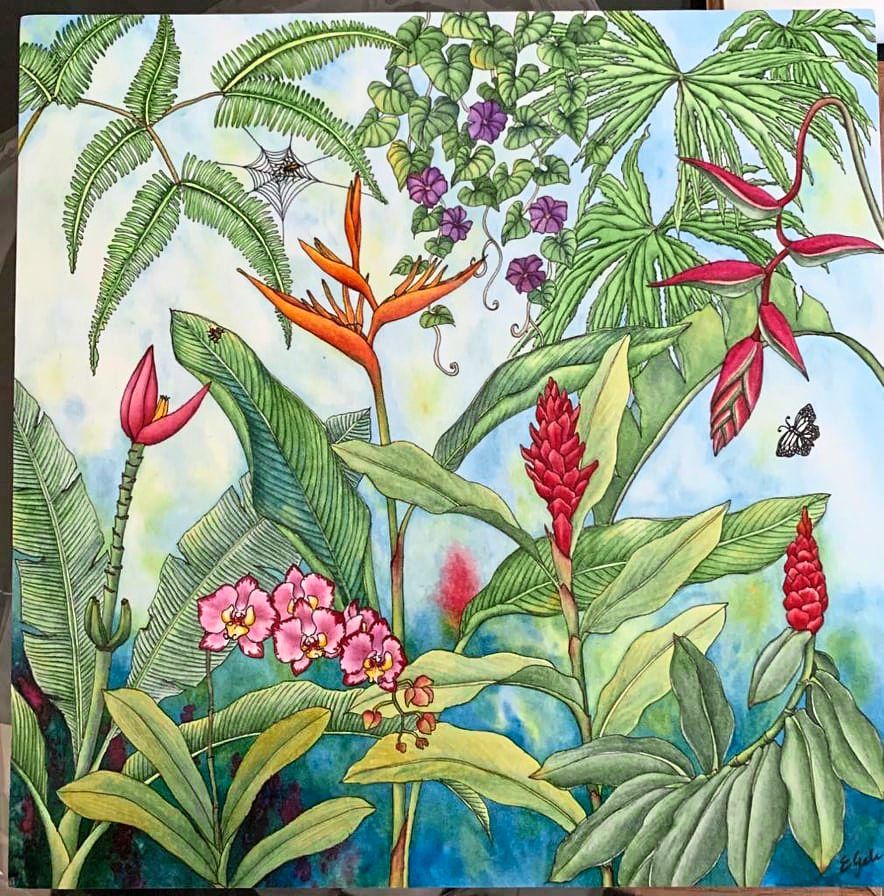 A watercolour botanical illustration titled 'What Secret Does The Forest Hold?' by Esther Geh.

And the “boxed” channel of online communication that dominates both life and the art scene now adds another layer of meaning, adds artist Hungry Goat.

“In quarantine, we need to use technology to communicate and that is making us miss that physical connection.

“The work is painted on canvas, with a light bulb hanging from the back, revealing the ‘truth’ behind the work. It’s going to be a long ride and like the pinhole camera, we are all going back to basics, ” she says.

Boxed In is supported by Open Studios Penang, Penang Art District and China House, where organisers still hope to hold a non-virtual exhibition in the second half of this year.

The online preview of the exhibition on Facebook (Open Studios Penang) will be updated until the end of the month.