This board game leads you through George Town's heritage walkways

It looks like heritage and culture can also be experienced in the living room.

Kaki Lima, a new light strategy board game designed by Penang-based media artist Goh Choon Ean promises a fun walkabout around the historic city of George Town, all in the comfort of your homes ... or wherever one plays board games.

“The game was designed and themed to reflect a day in the life of a pedestrian in Malaysia, with hopes to bring up reflections on (street) accessibility and community. We incorporated into the rule book a few simple questions to trigger thought about those two things. How has the kaki lima experience been like for you? What are your views on kaki lima as a private, public and shared space? What is your idea of an excellent neighbourhood?” says Goh, 47, in a recent interview.

Expect very Malaysian, or rather very Penangite elements, in the game. From the design of the scoreboard and cards to its characters, Kaki Lima sports a street level feel.

This was something Charis Loke, Kaki Lima’s illustrator, was conscious about. The illustrations of the game, from the scoreboard to the characters, were all based on actual people in George Town and kaki lima tiles. Photo: Kaki Lima

“The characters are based very much on real George Town residents whom I know or have seen walking around on the streets.

“I also spent a few months keeping my eyes open for interesting people around town, going to Chowrasta Market or streets around town and observing people there, making note of the way they dress and their routines.

“It is important for me that the Penangites (and Malaysians) who play this game will be able to recognise themselves, or their communities, in it, ” says the 28-year-old Loke, a freelance illustrator.

Goh says the idea for Kaki Lima came about in September 2017.

“There was just something about walking through the archways of George Town that made you feel inspired to create. So I started by walking around George Town, taking pictures of both clear and blocked kaki lima archways, and close-ups of tiles found there to incorporate into the artwork of the cards, back and front.” Goh says one of the goals of the game is to make players think about community and cultural heritage. Photo: Kaki Lima

The board game (retailing RM168) is a three to eight player game suitable for ages eight and up.

In the game, you have to pick up quest exploration cards to get you out and about in George Town, while completing tasks and earning points along the way. Just like real life, you will find some of these walkways in George Town blocked and you can collaborate with other players to remove the obstacles.

“Kaki Lima gives players awareness about George Town's heritage spots and the challenge of navigating five-foot ways safely. This is a small reflection of reality of George Town and a social issue that should be highlighted as the kaki lima path is a public space, ” says Lim Ming Ling, Kaki Lima Chief Packing Officer. Players on a kaki lima along Lebuh Pantai in George Town playing the board game. Photo: Kaki Lima

According to Goh, this interactive feature of the game came about when she realised after the workshop period that Kaki Lima lacked interaction between the players.

“We noticed that nobody was talking to each other throughout the game, and we realised that we didn’t want people to just play on their own, do their thing in town and not talk, because in George Town, there’s actually a great sense of community.

“I thought of what happens when you meet a friend: you say, ‘Hey, where are you going? Are you going to the kopitiam? Wanna walk there together?’

“So that’s when I introduced this game mechanism called the ‘ajak’ culture: inviting friends or 'jio peng yu' (in Hokkien) to come along with you, meet you somewhere or do something together, ” explains Goh.

“Once that mechanism was in place, it just felt like a better game, talking about not just accessibility of the walk space, but also bringing community together, ” she concludes

Kaki Lima is produced by LUMA and Arts-ED and supported by the George Town World Heritage Incorporated. It is available in selected stores. FB: Kaki Lima 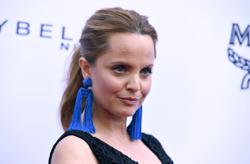