Has modernity ruined our cities?

One of Chin's ink-based interior studies of a heritage building at the exhibit. Photo: Victor Chin

In 1980, a 31-year-old Victor Chin began a watercolour project that would eventually become his signature series.

The Kajang, Selangor-born artist spent his formative years in Britain, first as an art student, then as a designer for film and TV with BBC London. Upon his return to Malaysia, he freelanced as a designer, artist and photographer.

He also became fascinated with cities and the buildings that occupy them.

Chin, an art student from Britain’s Harrow School Of Art (now part of the University of Westminster), was drawn to the historic, societal, political and architectural elements and expansions of early British Malaya-era towns.

“Cities are very important for me. I live here, work here and I want them to thrive, ” says Chin.

Chin put paint to paper and meticulously sketched and drew a series of pre-Merdeka shophouses found along the streets of Kuala Lumpur, Penang, Melaka and Singapore. This was his way to document how modernity and urban developments have erased many historic buildings.

Finally, after 15 years, Chin’s 64 watercolour artworks were shown to the public in 1995 and once more in 2017 at The Red Studio in Petaling Jaya for his Shophouse Watercolours exhibition. 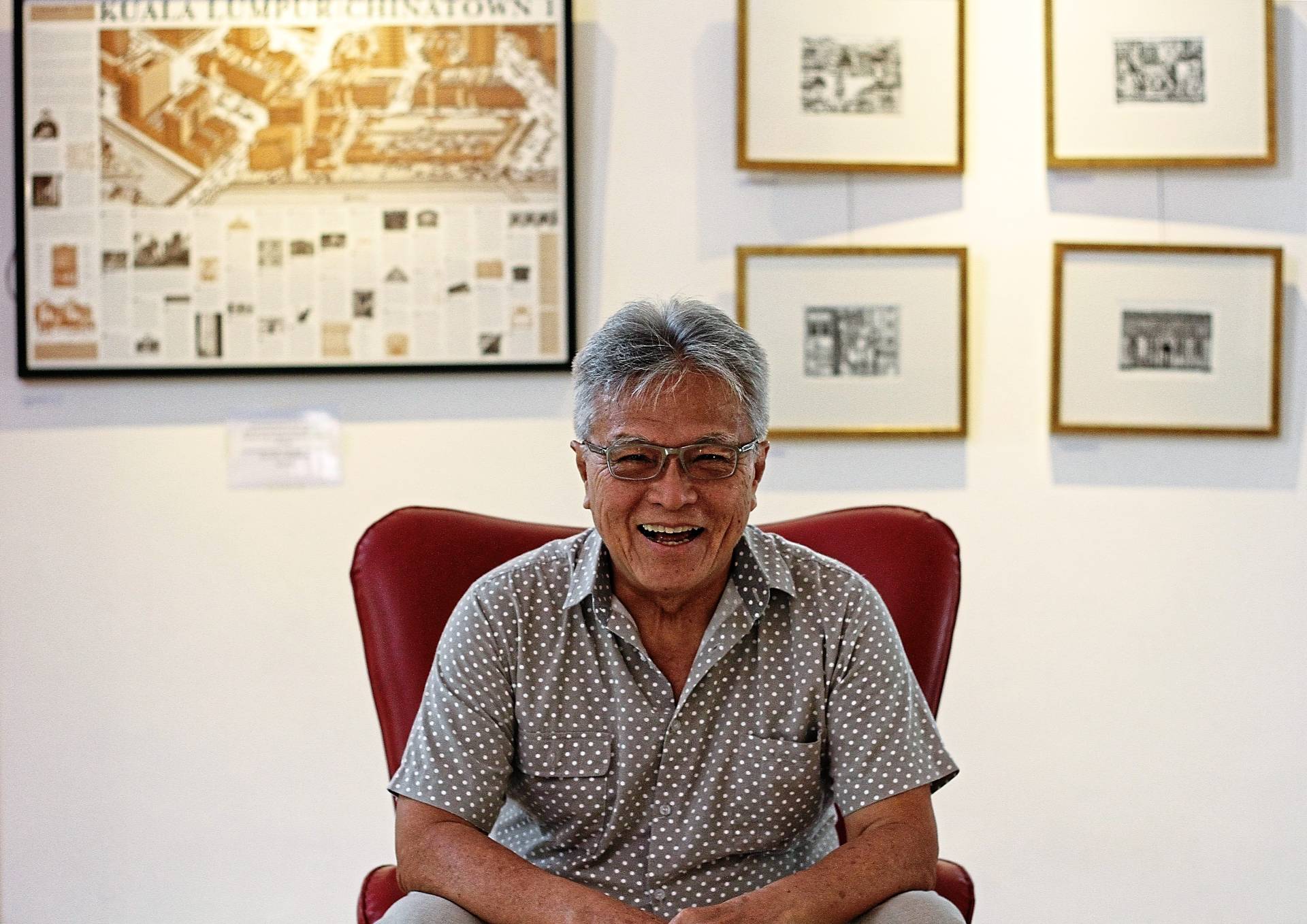 ‘I have seen the city (Kuala Lumpur) change and move on. So fixing my memory is one way to deal with living here, ’ says Chin. Photo: The Star/Yap Chee Hong

Now, the 70-year-old father of a teenage son is back with an exhibition at Alliance Francaise Kuala Lumpur called Fixing Memories.

Happening till Dec 18, the exhibition features 16 paintings from his watercolour series of the shophouses (four from each city), four ink sketches and a 20-minute documentary which was shot, edited and narrated by him.

“Film, as a medium, is very important. There is no other way to draw one’s attention to something, in this day and age at least, than film, ” says the Petaling-Jaya based Chin during a recent interview, referring to the documentary called Moved Out.

As such, Chin points out that Fixing Memories is not your regular exhibition. For the watercolourist, it is more of a platform to highlight pressing issues in urban Malaysia.

“Art has got many roles to play and I’m using it as an educational tool which is to ask how did we become the way we are?

“We’ve got to tell history the way we see it. So this exhibition and the film in particular takes a critical view of our colonial history and how our colonial masters exploited our cities and left us with nothing. 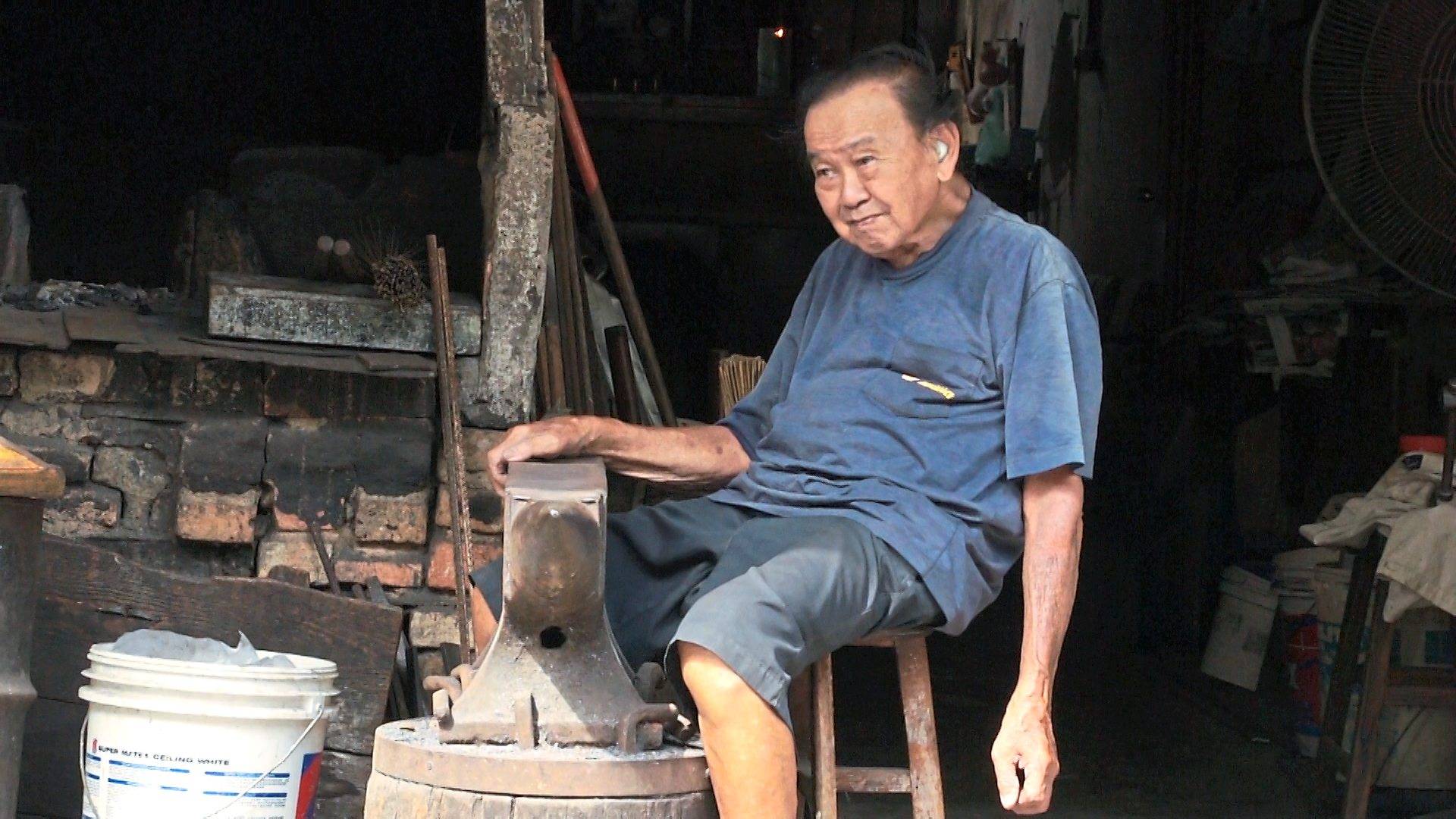 In July, he exhibited the Moved Out (A Film And Exhibition) pop-up show at REXKL, where he also led talks and a heritage walk in that part of KL.

At the Alliance Francaise exhibit hall, you can revisit Chin’s works of these pre-Merdeka shophouses. You will then reach the film which acts as Chin’s commentary on what’s happening to our cities now.

“It’s all about development now. We’ve got to be more cautious. Development is good but at what cost? What happens when development pushes people like the common vendors or street food sellers out of the way? They are just as important. That’s my main concern and this film is dedicated to that.”

But he was quick to point out that he is no way a conservationist.

“I don’t want the cities to be fully conserved like a museum. But the flip side is one can turn the whole city into a shopping complex, which is equally bad. There needs to be a balance, ” Chin points out.

For the Moved Out film, Chin spent nearly a month shooting on site in June last year across the four cities. He accumulated 10 hours of footage and spent another five months editing and putting it all together. The film was done during his tenure as the artist-in-residence at the Tun Tan Cheng Lock Centre for Asian Architecture and Urban Heritage in Melaka, under the Department of Architecture, National University of Singapore.

Only the Melaka and Singapore part of the film is being shown at the exhibition, which Chin says will be made available on Youtube for public access next year. The second part of the documentary will cover Penang and Kuala Lumpur.

This is not Chin’s first documentary. The self-taught Chin, together with filmmaker Chan Seong Foong, put out a 20-minute film titled Memory As Resistance in 2015.

It features 80-year-old grandma Kong and the villagers of Kampung Hakka in Mantin, Negri Sembilan, joining forces to fight for their right to stay on their land. Chin has three other short films.

Chin says this new exhibition is his way of giving back to the city that he has lived in for the past three decades.

“I have seen the city (Kuala Lumpur) change and move on. So fixing my memory is one way to deal with living here.”

Fixing Memories is on at Alliance Francaise KL, 15, Lorong Gurney in KL till Dec 18. Open Monday-Saturday (9am-5pm). Free admission. Chin will host a sketching workshop at AFKL on Dec 7 at 2pm. Bring your own art materials. Call: 03-2694 7880. More details: alliancefrancaise.org.my.