An art exhibition in Kuala Lumpur is celebrating Deepavali in a very different way.

“I have to say the idea (of this exhibition) began as I was diving more into the significance of Indian culture – and I was tired of staying on the surface. Surely, we can have more depth,” says Thavarupani Subramaniam, or Ruby (as she is fondly called), the event organiser and curator.

Instead the exhibit’s contemporary line-up offers a range of multimedia art and photography, a screening space catered to documentary films (by Freedom Film Festival), poetry sessions and theatre arts workshops.

In total, there are 68 photographs, 74 artworks, four toys, one sculpture, one installation, four documentaries and two music videos to give Banana Leaf a diverse and unique flavour. Don't be surprised to find issues as urgent as today's natural disasters and the climate crisis discussed in a kolam art piece.

Roja: Weaving A Womxn is an upcoming devised theatre production that explores the dynamics of Malaysian Indian relationships by digging into customs, sexuality and practices. Photo: Handout

In staying true to the spirit of an open house, entry to the exhibit is free.

“We are celebrating the missed details about appreciating Malaysian Indian culture. In this exhibition, you’ll find artists with strong personalities, igniting a conversation about our roots and future,” says Ruby, 30, who is also an artist and community arts facilitator.

“Banana Leaf ultimately is an interrogation of a cultural identity and its relationship to the wider idea of nationhood and community.”

A work like Skeletons Of Empire, a documentary photography series by Mogan, is a testament to that. This project is about rubber, colonialism and identity in Malaysia. It explores the (plight of) migrant Indian community, a labour force imported during the British colonial era to work on (rubber) plantations, roads, railway lines and ports.

“This work illustrates the enduring remnants and influence of British imperialism and its ramifications in creating the Indian diaspora existing in post-colonial Malaysia,” says the 37-year-old Mogan, who graduated with a degree in documentary photography from the University Of South Wales in Cardiff.

Through his works, Mogan aims to depict the “lived experience and identity” of this community.

What happens to the broken rice and Indian flour for a kolam after Deepavali? Reuse for next year’s Deepavali? Recycle? Or throw away? Blank Malaysia highlights these concerns through his latest work that shows the fundamentals of a mandala from a secular perspective. Photo: Kavi Raaj

“The work visualises the effects of colonial sociocultural systems infused with ancestral heritage,” he adds.

The Seremban-based Mogan took six months to produce this series. Mogan was part of this year’s BBC Creative’s Photography Exhibition in London.

For this current series at Banana Leaf, he is exhibiting 21 photographs.

Roja: Weaving A Womxn (Roja), a collaboration between young theatre makers/artists Veshalini Naidu and Dhinesha Karthigesu, is another highlight. This (work-in-progress) devised theatre production deals with womanhood in the Indian community.

The saree dress is also brought into the conversation here.

“Roja reimagines the coming-of-age ceremony that young Indian girls go through when they first hit puberty, which is also the moment they receive their first saree,” explains the 20-year-old Veshalini, adding that the project began with a saree donation drive.

This led Veshalini and her partner to interview several women regarding their relationship with sarees and their identities as Malaysian Indian women.

Roja, which is expected to make its debut next year, combines theatre and installation art.

'I have to say the idea (of this exhibition) began as I was diving more into the significance of Indian culture – and I was tired of staying on the surface,' says Ruby. Photo: Filepic

A long train of sarees will lead you to an installation box that’s also wrapped in sarees. Along the train, visitors can read snippets of the interview transcripts.

“By tying these questions, transcripts and answers with nine sarees and putting them together in a giant weave, we hope the showcase reflects a slice of Malaysian Indian womanhood. And how it is usually held together by a safety pin or two,” reads the theatre project’s artistic statement.

Public participation is also encouraged with this piece of work.

“We’re going to have a stack of paper on each corner with safety pins and pens so that the public can write their stories into this narrative so to speak,” adds Veshalini.

A teaser performance for Roja will be shown on Oct 13 at 8.30pm.

For a sense of traditional, director Thina Chelvam's short documentary A Devotee's Vow captures the beautiful moments of Thaipusam in the heart of KL. He will also be speaking about the creative business startup on Oct 13 at 2pm.

Food isn't too far away from this exhibit's concerns, too. How do you eat your banana leaf?

Do you ask for more favourite side dishes and curry sauces? Do you eat food with your hands?

Ruby says the idea to put up an exhibition of this scale began two years ago.

“Initially, the artists were briefed to research the significance of the kolam beyond its aesthetic values. They were to create (works) based on today’s concerns and issues, while celebrating its mindful process,” she says.

At the same time, Ruby worked together with GoodKids Malaysia, a social enterprise that helps at risk youths using performing arts, to facilitate art sessions with the children from Sivananda Ashram.

“Putting both together, there was still a gap in the conversation. So an invitation was sent out to select artists to exhibit their previous collection of works that were relevant to the overall conversation,” says Ruby. 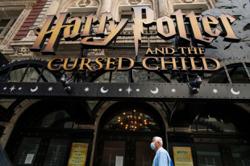