CAFKL6 will take place at the KL Gateway Mall, Kampung Kerinchi in Kuala Lumpur on July 6 and 7.

It will feature some 130 booths at the festival, with over 100 artists participating.

“This year, we increased the number of guest panelists and added more panel topics that are more relevant and current to the Malaysian comics industry,” says Teri Wong, Comic Fiesta PR team leader.

Highlights include Comic Artists: The Path Ahead, a panel discussion by artists Nixon, Lefty and Xanseviera, who will discuss future paths for comics artists.

Also featured is the Choose Your Path: Comics Education In Malaysia, a panel presented by the Unnamed Collective and moderated by Max Loh.

A work from Jin & Sithsensui.

Don't miss a digital art demonstration by kiDChan, and a session titled The Journey To The Land Of Comics, where the winners of 2018’s Malaysian Comicker’s Challenge will talk about their trip to Japan to learn about the Japanese comics industry.

“We believe there’s talent and potential in Malaysia, and it is very evident this year ... as we have a growing community that consumes and encourages the growth of comics and the art scene in Malaysia," says Lim Chin Hwa, vice president of the Sequential Art Youth Society (SAYS), the organisation behind activities such as Comic Fiesta, Comic Art Festival KL and Cosmart.

"The idea behind CAFKL6 is to celebrate the best of illustration and comics culture, irrespective of language, style or origin,” he says. 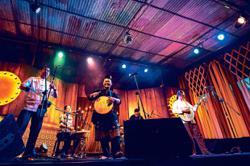