YOU know Chinese New Year is around the corner when arrowroot and Chinese waxed meat start appearing at markets and grocery stores.

This is the time of year when these products are at their prime — arrowroot is freshly harvested and abundant, and the cold front of the dry northern winds has cured the waxed meats to perfection.

It is also the best time to cook a dish that is reminiscent of the spring festival.

Unlike other complicated Chinese dishes that are normally served during this time of year, this recipe is simple but comes with multiple meanings.

One of the most popular waxed meats are sausages or lap cheong, which is auspicious because it signifies long life. 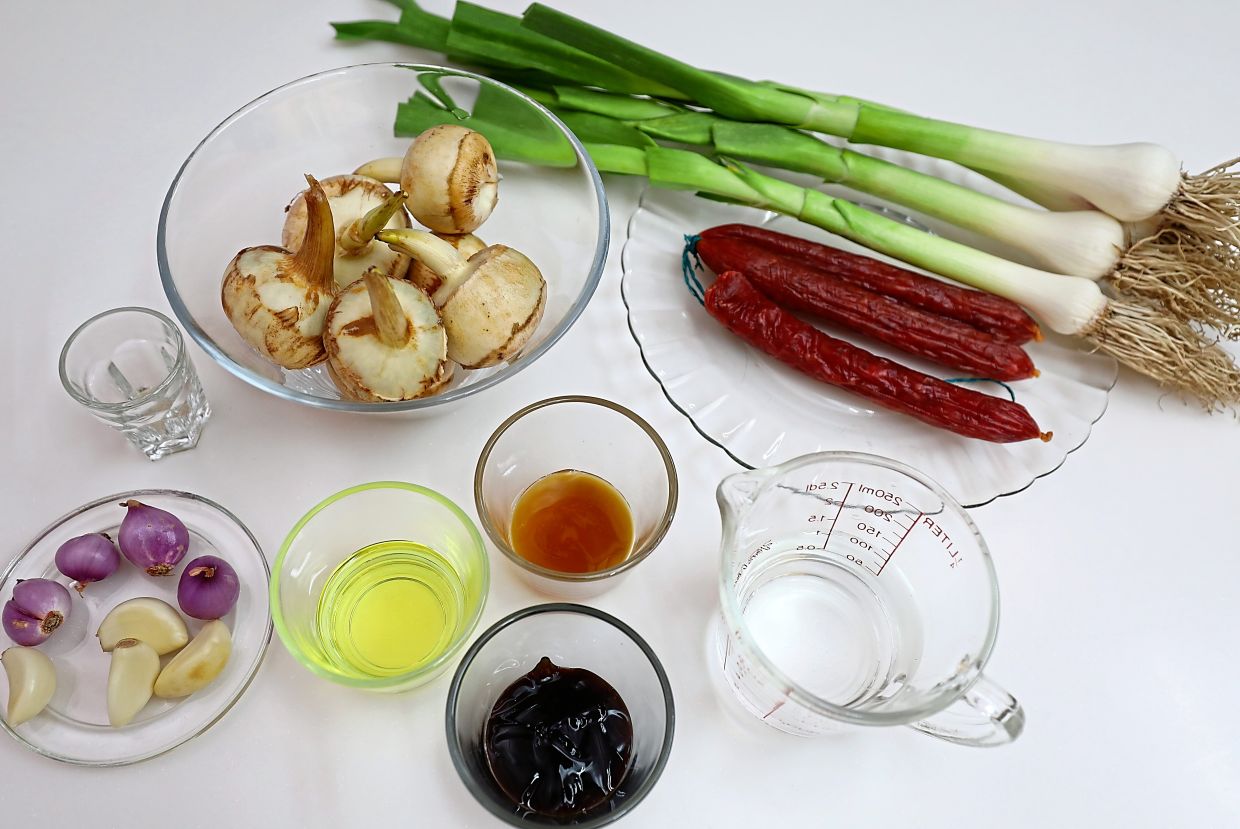 The ingredients for arrowroot and leeks with Chinese sausage.

My parents used to steam a variety of waxed meat and serve it for lunch during Chinese New Year. Paired with a runny egg over hot steamed rice, it’s seasonal comfort food served only once a year.

Another auspicious ingredient is the seasonal arrowroot, called nga gu or chih gu in Cantonese.

Elders of newly-wed couples usually save one or two of the arrowroot bulbs from being cooked and plant them in a bowl of water.

If they sprout, then the family will get a chih gu ding, an arrowroot sprout, which alludes that a male child may be born to the family. 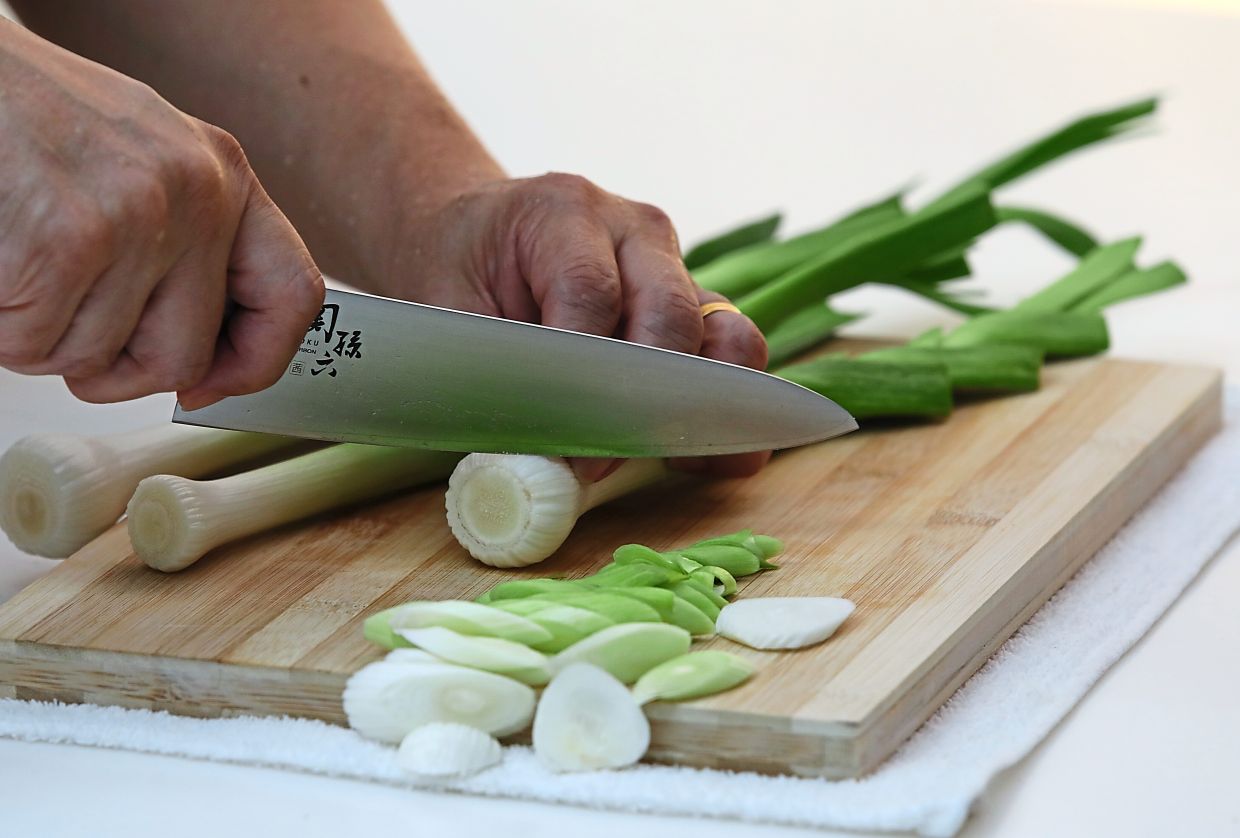 Ingredients are sliced on the bias for even cooking.

Pairing this dish with leeks also adds another layer of meaning.

Leeks are often served on the first day of Chinese New Year because of its auspiciousness. Leeks transliterated into most Chinese dialects means calculated, and it signifies that the new year will bring in a lot of wealth to calculate.

For families who observe a vegetarian diet on the first day of Chinese New Year, the vegan option is to omit the sausages, chicken stock and oyster sauce and just substitute with a mushroom-based vegetarian sauce. Deglaze the wok with Shaoxing wine, and if the wok is hot enough, it should flambé.

My wife’s family has prepared a vegetarian version and it still tastes amazing since arrowroot and leeks are both flavourful components in the dish.

But if you don’t have to abstain from meat, then this may become your favourite easy-to-prepare recipe not just for the festival, but all year round.

Arrowroot and leeks with Chinese sausage

Heat oil over medium heat to lightly fry slices of arrowroot, turning over when both sides are lightly seared, then drain excess oil on kitchen paper.

Continue frying in batches until all slices are done. With the leftover oil, fry Chinese sausages until crispy, then add shallots and garlic to sauté until fragrant.

Add in leeks, give it a quick stir, then return fried arrowroot to the wok and sauté briefly. Add Shaoxing wine to deglaze and then add water so it doesn’t burn.

Then add chicken stock and oyster sauce to bring to a simmer, adding more water if needed. Cover to steam for about 1 minute.

When the gravy thickens, sprinkle in white pepper, stir to mix and turn off the heat. Serve immediately with rice.