ROAST turkey for Christmas is a well-known tradition.

The stuffing that goes into the bird is varied and has evolved into a dish of its own. It can even be served alongside the turkey.

I first tried one such stuffing — mushroom loaf — in Cardiff, Wales.

It contained diced and browned bacon and some Marmite that gave it more flavour.

I like adding different varieties of mushrooms to this loaf. Shiitake and bunapi are good choices.

I also prefer to use crusty bread but if it is unavailable, I use sandwich slices.

Dice and toast the bread first to prevent sogginess from the filling.

Beer or wine enhances the flavour but if you want to keep it alcohol-free, replace it with chicken or vegetable stock instead.

Layer the top of the loaf with cubes of butter for a crispy crust.

When cooked, remove from the oven and let it cool for about 15 minutes.

Mushroom loaf has a wonderful blend of flavours and can be eaten on its own or served with roast meats for Christmas. Toast diced bread in oven at 150°C for 15 minutes until crispy but not dry.

In the remaining oil in the pan, sauté diced onions and celery until they start to sweat.

Add in toasted bread and toss together to seal in the flavours.

Pour in the liquid and combine well.

The stuffing should be moist but not soggy. If wet, toss in pan for a while before stirring in the fried walnuts.

Transfer the mixture into a baking dish and top it with cubed butter.

Remove from oven and allow to rest for at least 15 minutes for the fat to be redistributed before serving. 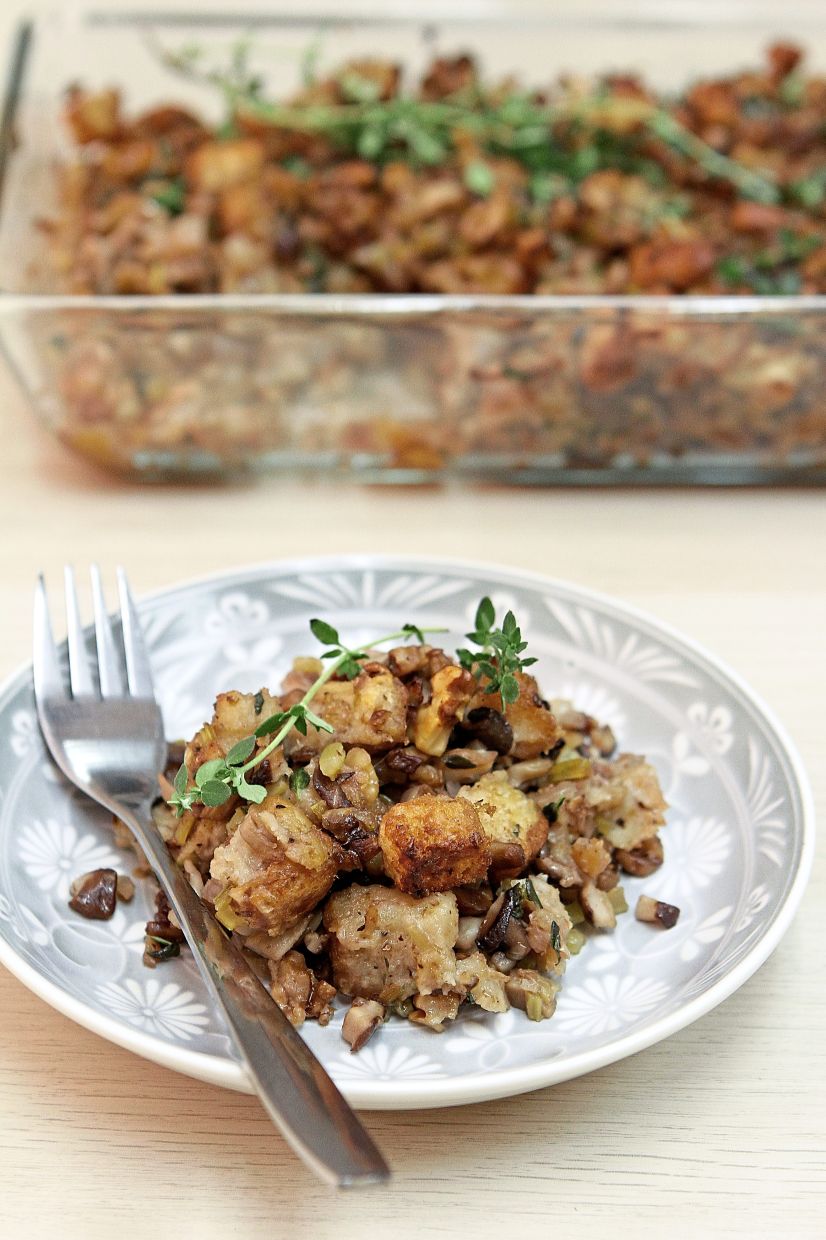 Ingredients for the stuffing include mushrooms, thyme, onions, garlic and celery.

Fry the chopped walnuts in olive oil until light golden and crispy.

The yellow onions must be diced finely.

Add a cup of liquid such as water, broth, beer or wine to the mixture.

Top the loaf with cubes of butter and bake until crispy. 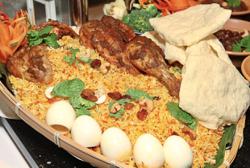