Outdoor dining is a better option that minimises the risk of getting Covid-19 as there is more ventilation. — AP

When I left for the UK over three weeks ago, the number of Covid-19 deaths in my village was zero. On my return, I learned three people have died from the disease. In a village with a population of 650 people, this equates to a death rate of 0.46%.

Comparing this with France’s rate of 0.048%, it means my village’s death rate is technically 9.59 times higher than the national rate, though to be fair, such statistics do not mean much with such a small distribution as a tiny village’s population.

The issue is that the disease came from outside the village, from the unexpected thousands of tourists who descended here over summer to avoid staying in their own infected regions.

It is curious why thousands of people decided to make a difficult trip to this remote part of France for their summer breaks. Usually, people choosing to have their summer holidays within the country would go to the seaside or some magnificent historic towns and districts (with well-equipped hosting options), so what is the reward for thousands of people to come here?

On the surface, the only attraction might be the lack of Covid-19 cases in the region, but they could easily have gone anywhere else and practised proper distancing and hygiene. Then they would run a lower risk than crowding with many strangers in a tiny village with extremely limited choices for rooms and alimentation. It is now highly probable several visitors would also have returned home with the virus due to the overcrowding here. That cannot have been part of the holiday plan.

Regardless, such events reinforce a simple fact about the virus. The SARS-CoV-2 coronavirus does not care about anything apart from infecting humans. Whatever its origins, this is now a particularly human, extremely contagious pathogen and many people still do not understand this well enough. The current “second wave” of Covid-19 in Europe and other parts of the world is evidence of this.

As we know by now, an uncomfortably high percentage of people with Covid-19 do not display symptoms until later stages of the disease, if at all. Estimates vary but perhaps over 90% of people infected with Covid-19 are non-symptomatic or pre-symptomatic even while virulently infectious to other people for several days. And even with social distancing restrictions, it is impossible to avoid varying degrees of interactions between people, especially at crowded venues.

A recent study appeared to have influenced Covid-19 strategies in several countries. One might be aware of a US paper (Community and Close Contact Exposures Associated with COVID-19 Among Symptomatic Adults) which indicated people who test positive for Covid-19 were much more likely to have visited restaurants or bars during the previous 14 days. On the surface this looks alarming; however, the study was based on 314 adults, of which 154 tested positive, 160 tested negative with the latter group thus becoming the control pool. The data used was from July 2020. 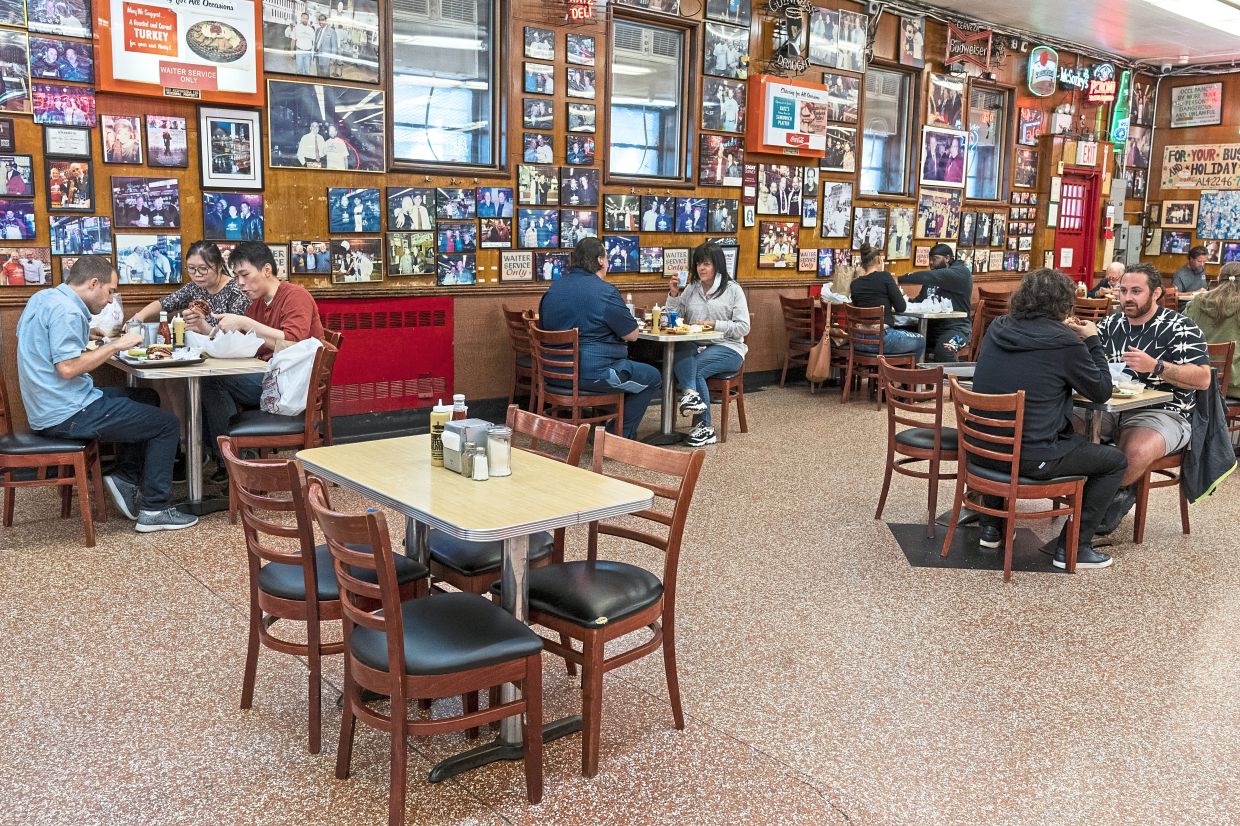 If opting to eat indoors, make sure tables are spaced far away from other diners and away from air-conditioning systems. — AP

This is where statistics can be both useful and confusing. In this case, it needs to be noted no full analysis of context is available within the study; the sample size is also not large enough to be hugely statistically relevant. It is therefore probably unfair to extrapolate outcomes based on generic behaviour such as dining out without considering other factors; for example, the measures taken in other countries may be considerably better than the US where inspections of 167 dining venues last month found 79 of them still had issues meeting Covid-19 regulations. There was no distinction between compliant and ill-prepared restaurants in the study, although it did note another earlier investigation in Guangzhou had found a link between infection and air circulation in restaurants.

However, there were still some interesting observations from the study. One is that 71% of the infected group always wore face masks in public, roughly the same as the 74% who also always wore face masks in the uninfected control group. This suggests face masks are effective against the virus because any ineffectiveness would probably be indicated by more skewed stats. This is backed up by the activities of uninfected people which differed from members of the infected group.

For example, uninfected people in the study had spent more time shopping, worked more in offices, went more often to beauty salons, and used public transport more frequently, all activities which have a reasonably high risk of infection if face masks were ineffective.

Where the significant differences lie appears to be the higher proportion of infected people who went to restaurants and/or cafes and bars. Of the 154 infected people, around half went to food/drinks venues over the previous 14 days, compared to less than a third of the control group.

But what is perhaps even more significant is that infected people at these venues showed more disregard for Covid-19 preventive measures (eg; 85.6% ignored social distancing rules) than the uninfected control group. 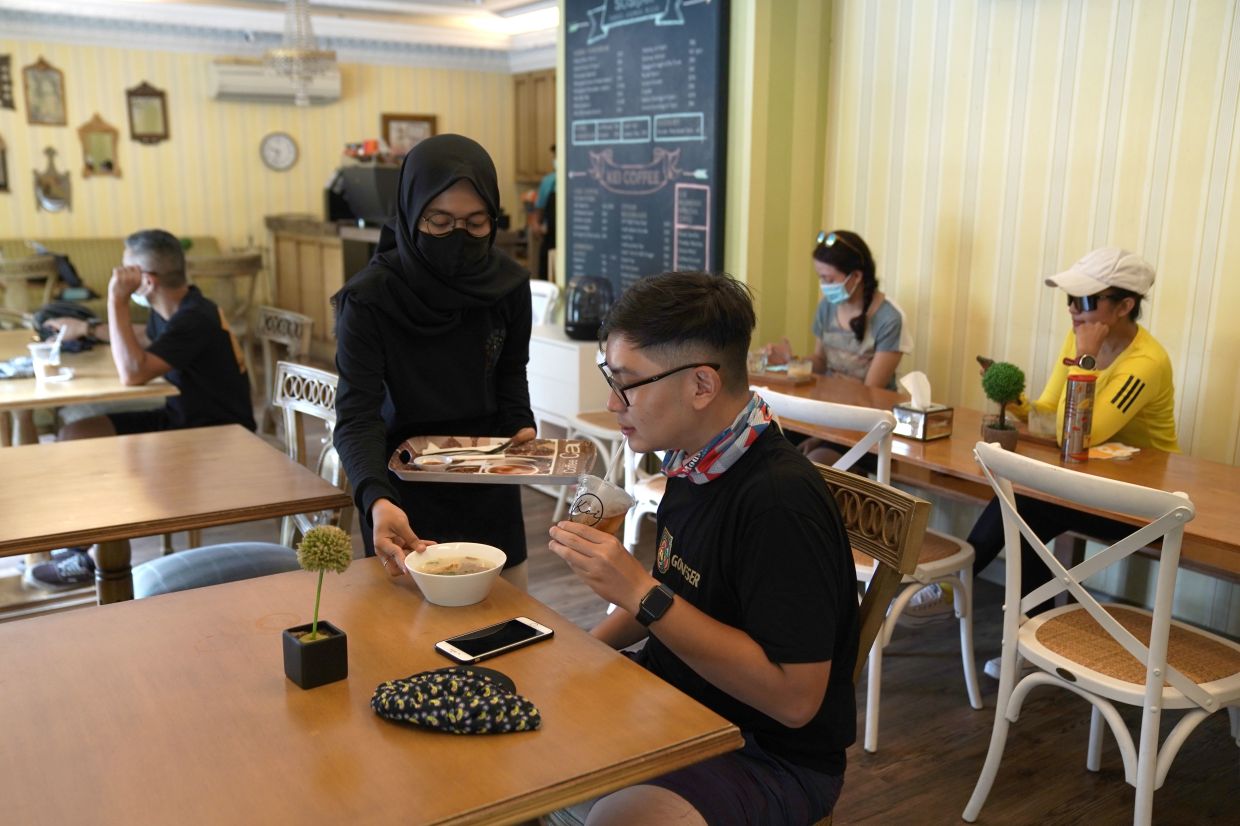 Eating out is one of the few public activities that requires the removal of face masks. — Bloomberg

For example, there was no analysis of the sizes of the dinner or drinking parties attended by the infected, or any indications of the density of people in such venues. Now many countries impose limits on the numbers of people allowed into such venues, with some regions additionally restricting group sizes to just six people.

Eating and drinking necessarily require the removal of face masks and probably also preclude proper social distancing between people, especially in crowded or noisy settings. Such behaviour would likely have a bigger effect on infection rates than the venues themselves.

As an illustration, a festival in Sturgis, South Dakota, USA attracted around 462,000 unruly bikers, mostly intent on disobeying Covid-19 health guidelines while attending concerts and parties. The outcome was predictable, with an estimated 266,000 people ending up infected, not only within Sturgis or amongst the attendees but also many people in other towns when the bikers returned home. Almost one in five of the new 1.4 million cases in the USA during August 2020 was likely linked to Sturgis.

Are restaurants safe after all?

The answer is probably Yes, with some important caveats. A small but interesting study of the layout of a restaurant in Guangzhou found that a primary infectious person seated at a table between two other tables had managed to infect people on all three tables. The only link appeared to be the air conditioning system which circulated air across all the tables. As mentioned, eating and drinking preclude the wearing of face masks and a ventilation system which circulates air droplets would be a potent method of transmission. The same problem existed also in meat processing plants in the USA and the EU, where workers were breathing chilled circulated air in confined spaces without adequate protection equipment.

Therefore, at restaurants and dining/drinking venues, always remember one of the protection options (face masks) is not continuously available. Hence it becomes much more important to apply other (hand, surface contact, etc) hygiene measures and maintain a safe distance from other diners at all times to compensate. Also consider outdoor seating or, importantly, select seating away from poor air circulated by ventilation or air conditioning systems. The Germans are taking the issue of good air circulation seriously. Chancellor Merkel has now officially extended the country’s Covid-19 guidance acronym, AHA (Adequate distance, Hygiene of hands, Appropriate use of face masks) to “AHACL” where the C is for Contact tracing and L is for Lüften. To understand Lüften, one has to know that air quality is something of a German national obsession.

When I was working in Berlin, the law stipulated working desks cannot be more than two metres from a window which can be opened. And most windows have settings to allow varying degrees of fresh air to flow through.

A national newspaper recently dedicated 10 pages to support and explain the government’s additional recommendation: “Regular impact ventilation (Lüften) in all private and public rooms can considerably reduce the danger of infection.” The country’s top coronavirus expert also devoted an edition of his popular national podcasts to this subject.

Impact ventilation or Lüften is roughly broken down into measures such as Stosslüften which involves opening a window for at least five minutes every day to allow air in the room to circulate. It can also encompass Querlüften or cross ventilation whereby all the windows are opened for a few minutes to expel stale air in the rooms, replacing with fresh air.

How impact ventilation would work in badly-polluted environments or bitterly cold winters has not been analysed. But it is certainly plausible that Germany’s excellent record in the EU to date with Covid-19 may have something to do with Lüften.