Ramsey says he enjoys being able to spend more time with his young children and even brings his nine-year-old son to work with him once a week. — JEFF RAMSEY

A chef’s life typically entails putting in anywhere between 14- and 16-hour days, which inevitably means work-life balance gets relegated to the back burner.

But the more experienced a chef, the more the possibility of having some semblance of a family life.

In the case of celebrated chef Jeff Ramsey, who helms the vaunted Babe in Damansara Heights, Kuala Lumpur (he previously worked at Tapas Molecular Bar in Tokyo and earned the restaurant a Michelin star), having worked his way to the top has meant being able to spend more time with his children – nine-year-old Zion and four-year-old twins Mana and Soma, something he is extremely grateful for.

“Now I am a bit higher up on the rung, so I have the ability to create some balance. It is virtually impossible as a young chef, life is about 90% work. In a restaurant, we are there to serve people so we work every weekend, every festival, every holiday. After two decades of doing that, I am in a fortunate position because I have people who can support me and carry out my vision. So, I can come in to work later, put the kids to bed and help them prepare for school in the morning, ” he says.

Every Saturday, Ramsey brings Zion to work with him, something he has been doing for awhile now.

“He likes watching me work and being around me. I get to spend time with him and he gets to see what an honest day’s work looks like – it’s just good life lessons for him, ” he explains.

Most people believe that the families of chefs often eat all sorts of amazing things. I mean, with a chef as a dad, how could you possibly eat anything even remotely mediocre? In Ramsey’s home, he says it is actually his talented Japanese wife who does most of the cooking, as she’s a very good cook. 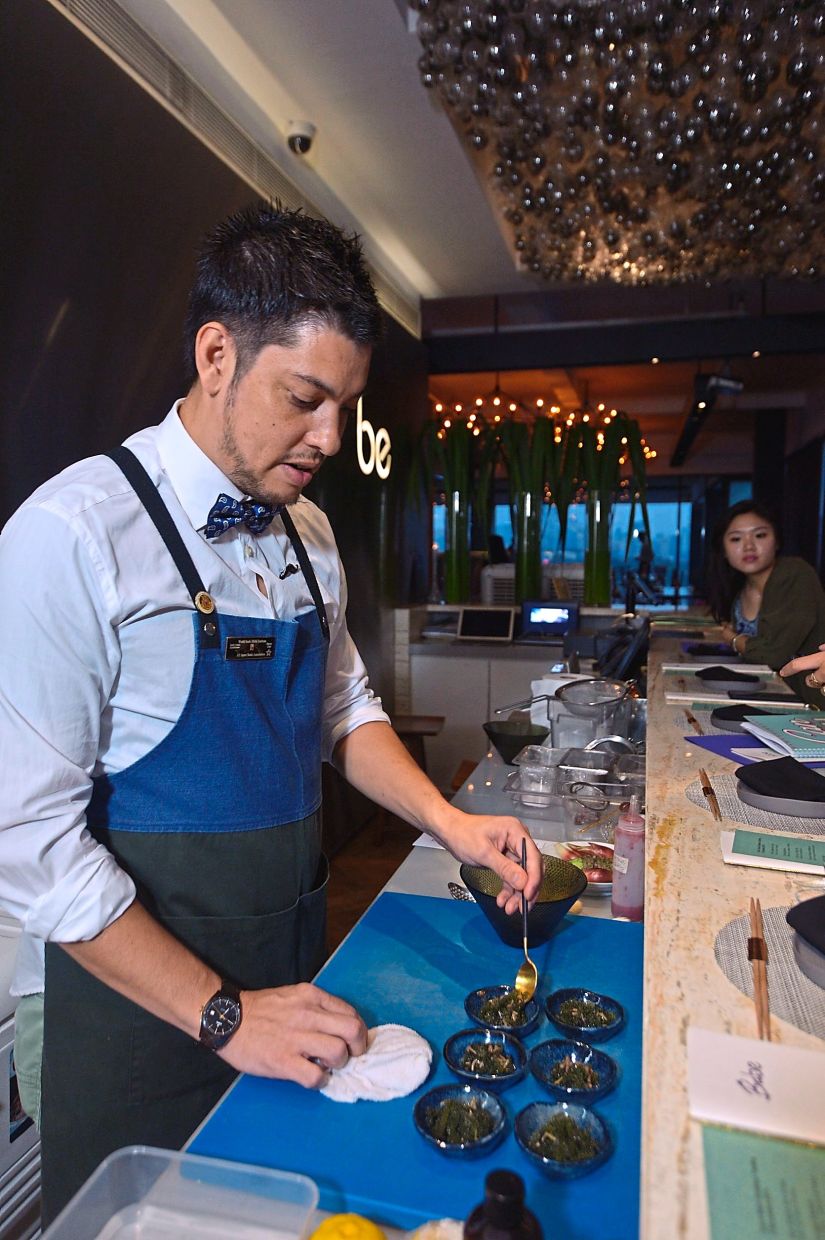 Although he previously didn't really bring the food he made in the restaurant home, now that he has changed the menu, Ramsey relishes getting his children's honest opinion about the new menu. — JEFF RAMSEY

He does however whip up a few simple meals for his family as and when required.

“My wife makes sure the kids get all their veggies and I get away with making them waffles and pancakes and things like that. I do make breakfast for the kids a few days a week though, very simple things like Japanese omelettes or toast and eggs, ” he says.

Although he doesn’t normally bring work home, the movement control order period has meant some major changes in the way Babe’s operations are run. Ramsey and his team have had to reduce prices and change their business model altogether. A simpler model also means Ramsey has turned to unlikely sources to get an opinion on his new menu.

“Previously the kids wouldn’t have enjoyed the food at the restaurant so much, but now we’re serving food that they are interested in. So I can get inspiration from what they like because kids will always be honest with you and I had actually forgotten how pure their palates are, ” he says.

Although he isn’t rushing to push his kids into restaurant careers anytime soon, Ramsey says it is important to him that his children master basic cooking skills over time.

“I have to find things that they like, like my son likes cracking eggs and mixing batter for cakes. And he can make his own smoothies – he knows how to put everything little by little in the blender with ice – that kind of stuff.

“I’m not trying to pressure my kids into cooking elaborate meals, but I think cooking is a very important skill to learn. Even if they don’t become masterchefs, they have to know the basics, ” he says.

One of the things Ramsey enjoys whipping up for his kids is a simple meal of natto soba noodles – which is both satisfying and alludes to their Japanese heritage.

“It’s very easy to make and is basically noodles with sauce and toppings. My kids really like fermented soybeans (natto) and they like opening the sauce packets, so I make the noodles and let them put the natto on top. It is healthy, tasty and they love it, ” he says.

Ultimately, Ramsey says being a father has been an extremely rewarding experience for him, one that has given his life amplified meaning and purpose.

“It’s an immense amount of pressure to make sure the kids grow up to be well-rounded adults. To be their role model, I need to know who I am first and then show them how to be. The best part of being a dad to me is when I’m trying to tell them something and I see the wires connecting and understanding forming – it’s just magical, ” he says. 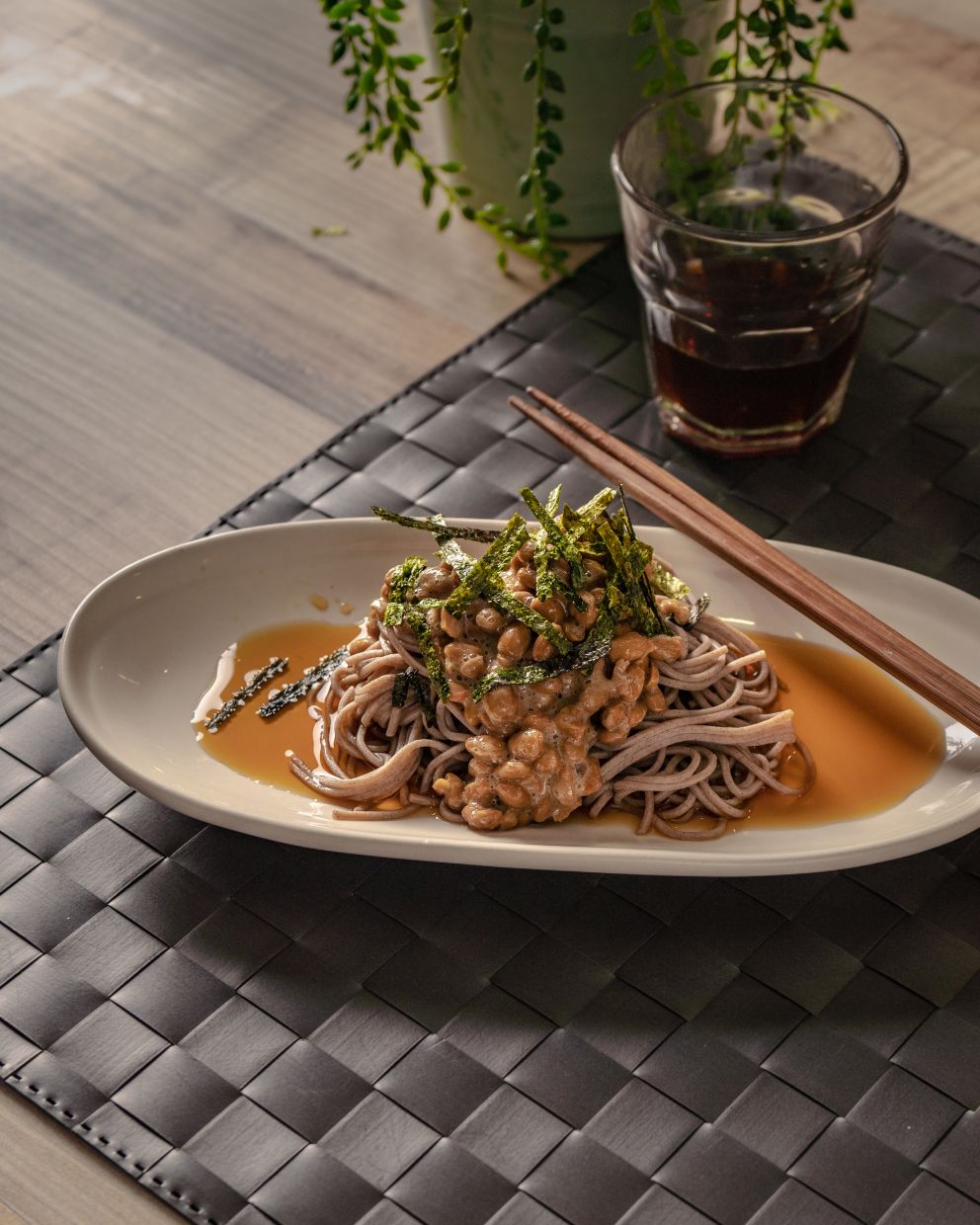 Follow the instructions on the packet for the cooking time. After boiling for the time listed on the package, rinse with running water for a full minute and then chill in a mix of ice and water. Drain out the water.

Different brands of tsuyu have different hydration ratios. So follow the rule on the bottle of tsuyu you have.

Defrost the natto packs at room temperature for a good 30 minutes, open the packs and the small packet of dashi soy sauce as well to mix it in.

To finish the dish 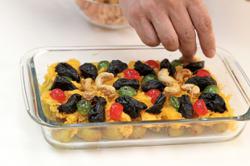 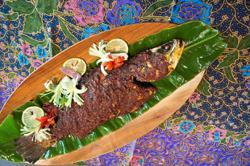