Eatery owners caught in the middle

While the majority of customers obey the conditional MCO rules for dine-in, Presma has received numerous complaints from its members about difficulty in getting some diners to follow the directives. — Photos: FAIHAN GHANI and LOW LAY PHON/The Star

RESTAURATEURS in the Klang Valley say they are in a tight spot with regard to allowing patrons to dine in and ensuring the customers follow the Government’s standard operating procedures (SOP) to curb the spread of Covid-19.The restaurant operators claimed that some diners were not easy to deal with and turned aggressive when reminded to adhere to the SOP.

They also said the authorities, including the police, were strict with operators when diners were spotted flouting the rules that have been put in place during the conditional movement control order (MCO).

Eateries are required to limit seating to a maximum of four persons per table but some patrons are flouting that rule by coming in large groups.

“They are afraid that the authorities will penalise them for something that is out of their control.

“The incident in Shah Alam a few days ago was a clear example of what we are currently facing.”

“I can empathise with them. They are not equipped to deal with aggressive customers and often a polite telling-off can turn into an ugly spat,” said Abdul Mukthahir.

Presma, which has over 4,000 members, has been advising restaurateurs that open for dine-in to only allow a maximum of two customers per table as a precaution.

Malaysia Singapore Coffeeshop Proprietors’ General Association president Datuk Ho Su Mong said its members had to be firm with diners who did not follow the Government’s SOP.

“Initially, we received feedback from coffeeshop owners that there were stubborn customers who refused to comply with the SOP such as refusing to record their contact details and temperature,” he explained.

“Some were also unhappy over the limitation placed on the number of people at a table or would not sit where they were directed.

“Operators did not want to offend customers by refusing service but we advised them to be firm as they could be penalised otherwise,” he added.

Ho said that a month after the conditional MCO came into effect, there was a higher compliance rate among coffeeshop operators and customers.

“Customers are slowly becoming aware of the dos and don’ts for dine-in and cooperating with operators.”

He said operators would continue to observe safety standards to allay fears.

“Social distancing, limiting the number of diners at a table as well as maintaining a distance of at least two metres between tables ensure restaurants are safe for diners.

“For bigger tables, we suggest that translucent partitions be set up for three to four persons,” he said.

The association said it had about 20,000 Malaysian coffeeshop owners as members.

Echoing Abdul Mukthahir and Ho is Feroz Khan who runs a restaurant in Jalan Ampang.

Feroz said his customers could get easily agitated when told they had exceeded the dine-in limit.

“A customer came in for dinner with his wife and five people including three children below the age of 12 several days ago and my staff immediately told him that he could not dine in.

“The customer lost his cool and started shouting and creating a scene,” he related.

“We did not know how to diffuse the situation.

“In fact, children should not be allowed as they fall under the high-risk category.’’

Feroz lamented that some customers would hog the seats for hours even though there were signs placed that clearly stated they had 30 minutes to dine in the premises.

“Tables are limited because of the SOP and it is difficult to tell customers to leave,” he said.

A coffeeshop owner in Cheras, Lee Keng Thean, said he would rather turn away customers who refused to comply than be forced to close by the authorities.

“I got into an argument with several customers as they wanted to sit together, but the tables here are small and that would go against the SOP,” said Lee.

“There were also a few who were against writing down their details, so I had to refuse them entry,” said Lee, who operates Hainam Chaffee.

“This has meant a 40% decrease in customers compared to regular days but I have opted to stay open as the 10 stalls here need the business,” he explained.

Meanwhile, Koh Yokio, who used to operate a bak kut teh restaurant in Cheras, said it was not worth the risk to accept dine-in customers during the pandemic.

Although he only opened his restaurant in December, Koh has turned to selling fresh vegetables.

“Even though the Government allows dine-in, it is too risky.

“If there is a suspected case at the premises, I will have to close for at least two weeks,” he said.

“For now, as long as I can cover the rent of the premises, I will sell fresh vegetables.”

Presma believes that the solution lies in the authorities, including the police, playing an active role in raising awareness to ensure the public complied with the conditional MCO rules.

It suggested sending out teams equipped with loudhailers to make announcements and advise the public.

“I believe that will be far more effective.’’

Agreeing with the idea was the Malaysian Indian Restaurant Owners Association (Primas) as it said the presence of police or enforcement officers would show there were consequences to flouting regulations.

“People take things lightly when they think they can get away with it,” said Prisma president T. Muthusamy.

“I hope we can get some support from the authorities and that they can be lenient with us as we are doing our best to control the crowd at our restaurants.”

Meanwhile, Senior Minister (Security) Datuk Seri Ismail Sabri Yaakob said more than 90% of business premises were adhering to the SOP set by the Government to curb the spread of Covid-19.

“The Government would like to remind businesses and the public to practise social distancing and maintain hygiene, especially when buying their rations,” he said during his press briefing on June 3.

Ismail Sabri was reported to have said that the Domestic Trade and Consumer Affairs Ministry had conducted checks on 2,021 business premises on June 2, of which 1,872 were found to have complied with the SOP.

He added that 146 premises were given advice while three received warnings. 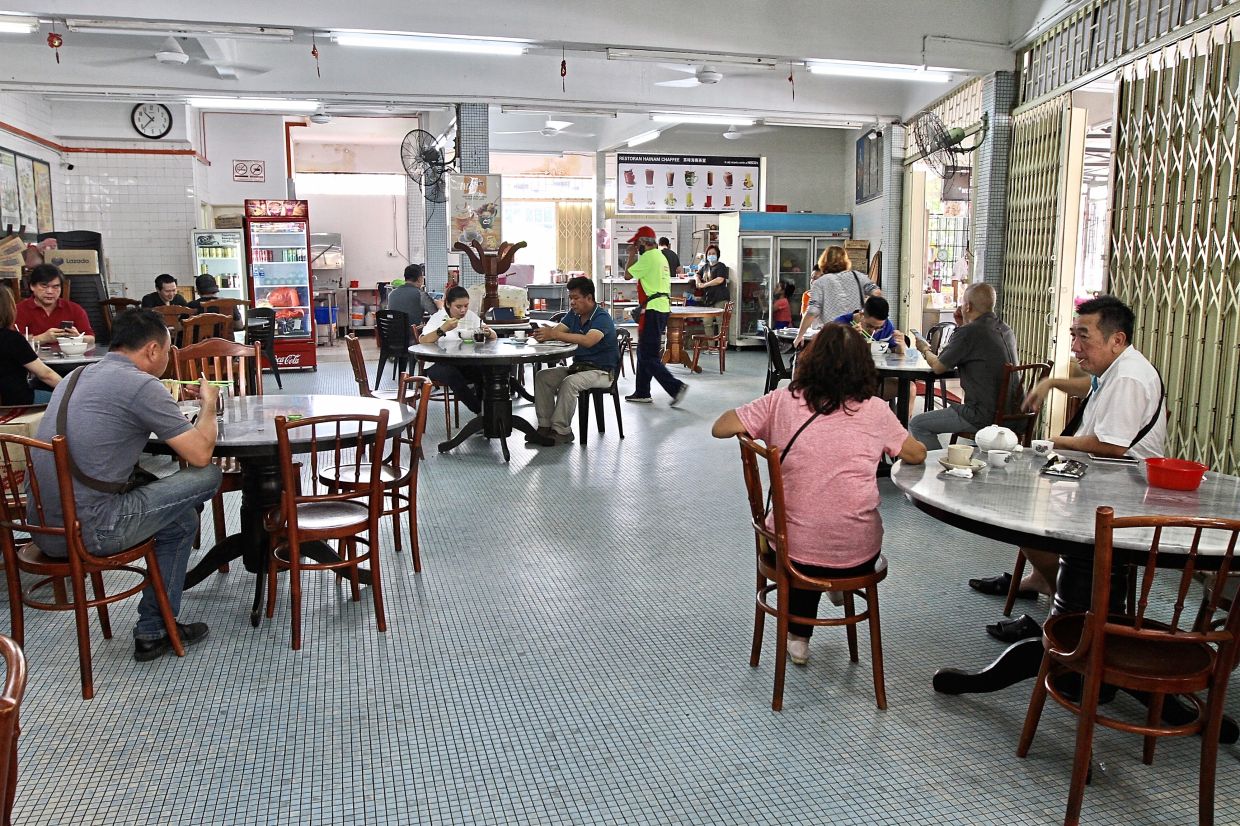 While the majority of customers obey the conditional MCO rules for dine-in, Presma has received numerous complaints from its members about difficulty in getting some diners to follow the directives. — Photos: FAIHAN GHANI and LOW LAY PHON/The Star

Those who do not follow the SOP are refused service at Hainam Chaffee.

Koh has turned to selling fresh vegetables to cover the rent for his restaurant.

Muthusamy hopes restaurants can get some support from the uthorities to ensure diners adhere to social distancing rule.

App for food lovers to share recipes, earn income
Savoury, flavourful dumplings in time for Dragon Boat festival
Flavourful otak-otak parcels
Drinking in Chinatown’s heritage
Ordering in: Return of the meat queen
Scientists discover a way to prevent ice crystals in your ice cream
Ginger wine noodles at its best
Ros� wine is elevating its image with new blends and players
More seafood options at sandwich joint
Sales of raw honey soared during the pandemic, but what is it exactly?