Feast for the eyes at cake show

EAT Cake Today (ECT), an online cake portal, showcased more than 40 flavourful items at The Cake Show 2019, and featured the bakers who have become a vital entity in its operations.

ECT works with over 40 bakers and offers more than 500 variety of cakes on its website.

Its director and chief executive officer Ang Boon Chow said, “Since last year, we have enjoyed good growth and brand awareness in the market, and technology has certainly helped us in becoming the ambassador on this platform.

“Our vision is to bring the latest, most trendy and even conventional cakes to consumers.”

Chen revealed that they were only established in April 2019 and their products were launched on their website just over a week before the cake show.

“We would like to introduce something premium with a reasonable price, and I believe we can reach more people with exposure from the online platform, ” said Chong, who won second place in the Mondial des Arts Sucre, a world-class confectionery art competition in 2016.

Edwin Chan from Ennoble by Elevete and Cindy Chan from Baker’s Art also showcased their cakes during the demonstration, unveiling new cake trends and what can be expected next year, such as boba lava cakes, geode cakes and projection mapped cakes.

Edwin Chan, a home baker, had experienced a tenfold increase of demand from customers after joining as an ECT vendor.

“When I first started, I was baking from my parents’ home and it was just me fulfilling the demands and handling all enquiries, ” he said.“Now, we are able to fulfil the demands with a team of six at home. ECT has helped us tremendously in terms of logistics and marketing, ” Edwin added.

Petiteserie founder Janice Siew was among the first bakers who joined ECT in its early years and has grown with the portal ever since.

“ECT has certainly helped home bakers and bakeries like us with the marketing aspects of our business, while we bakers focus on what we do best.

“Our bestseller cake on the website is the 8-inch Cendol Cake and Gula Melaka Banana Cake, ” shared Siew. 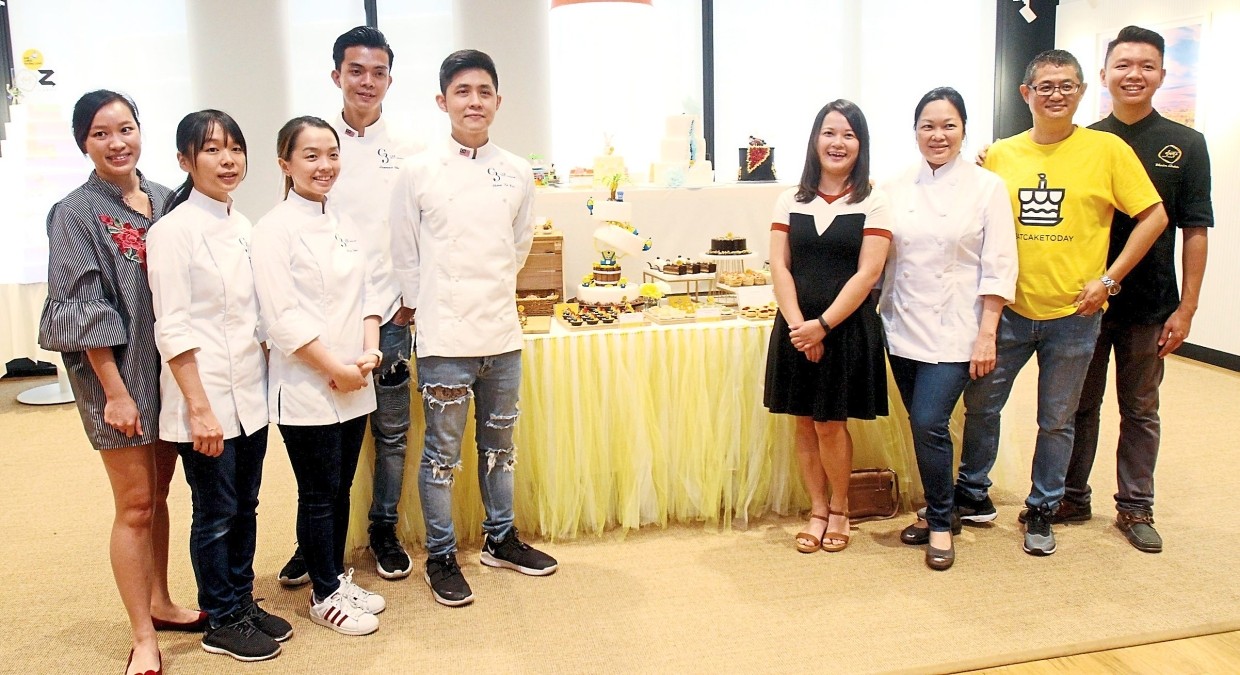 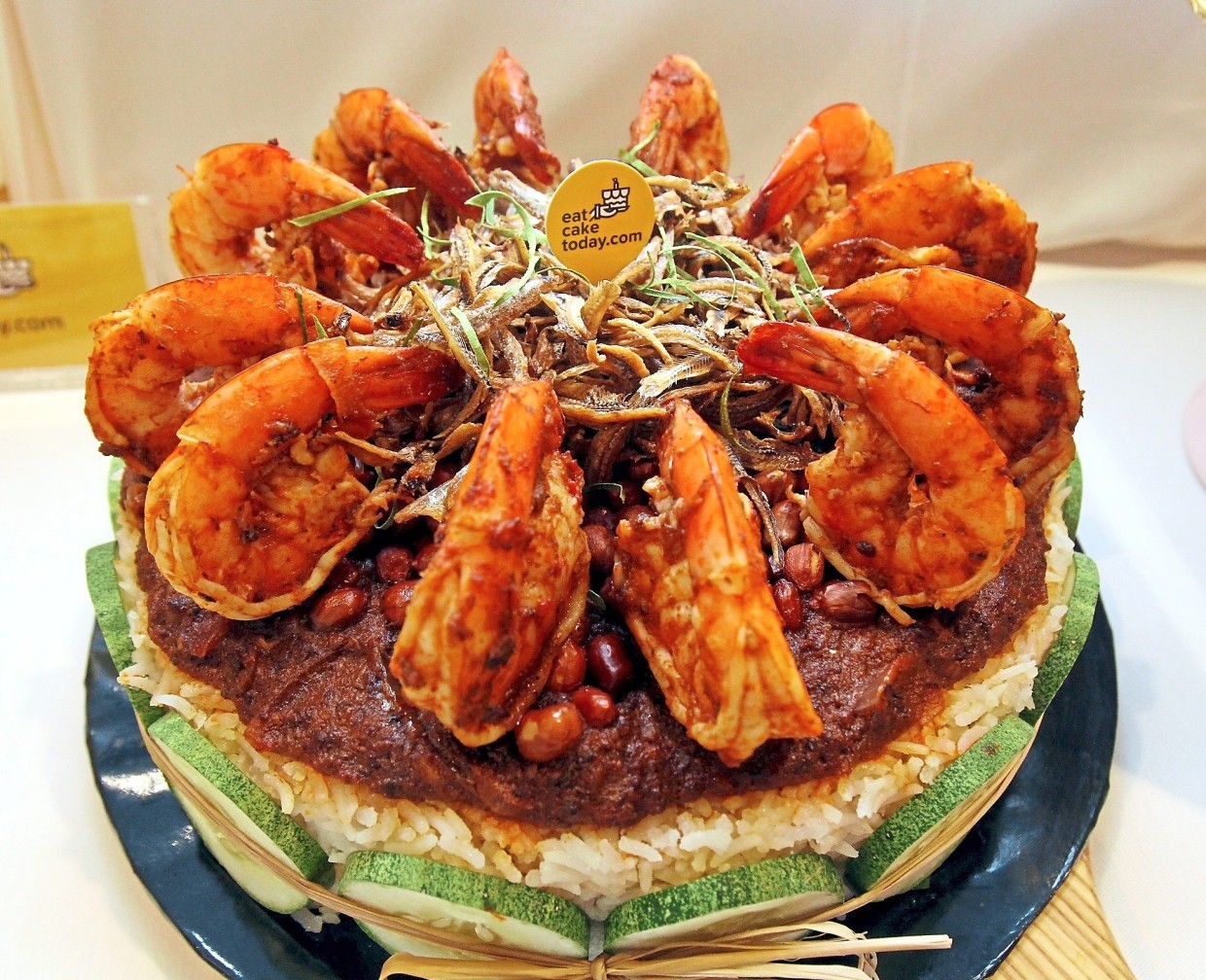 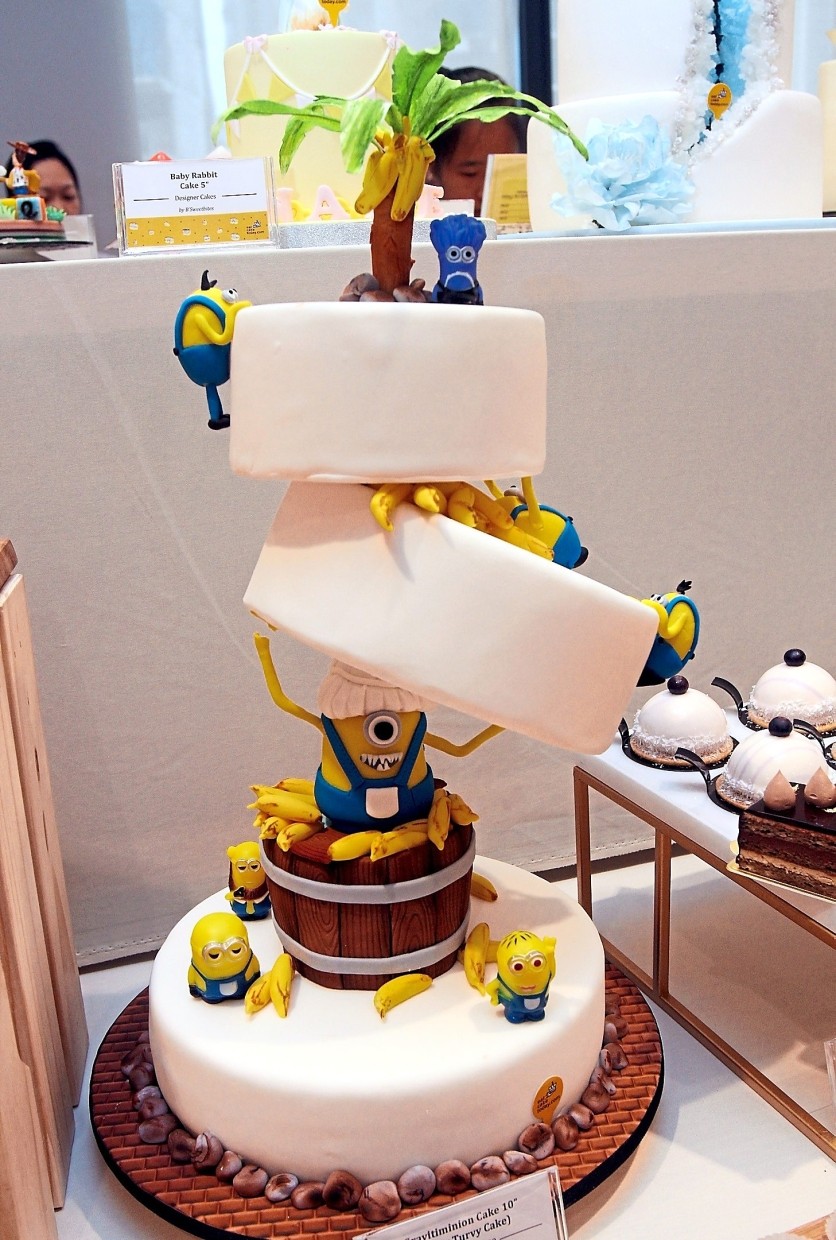 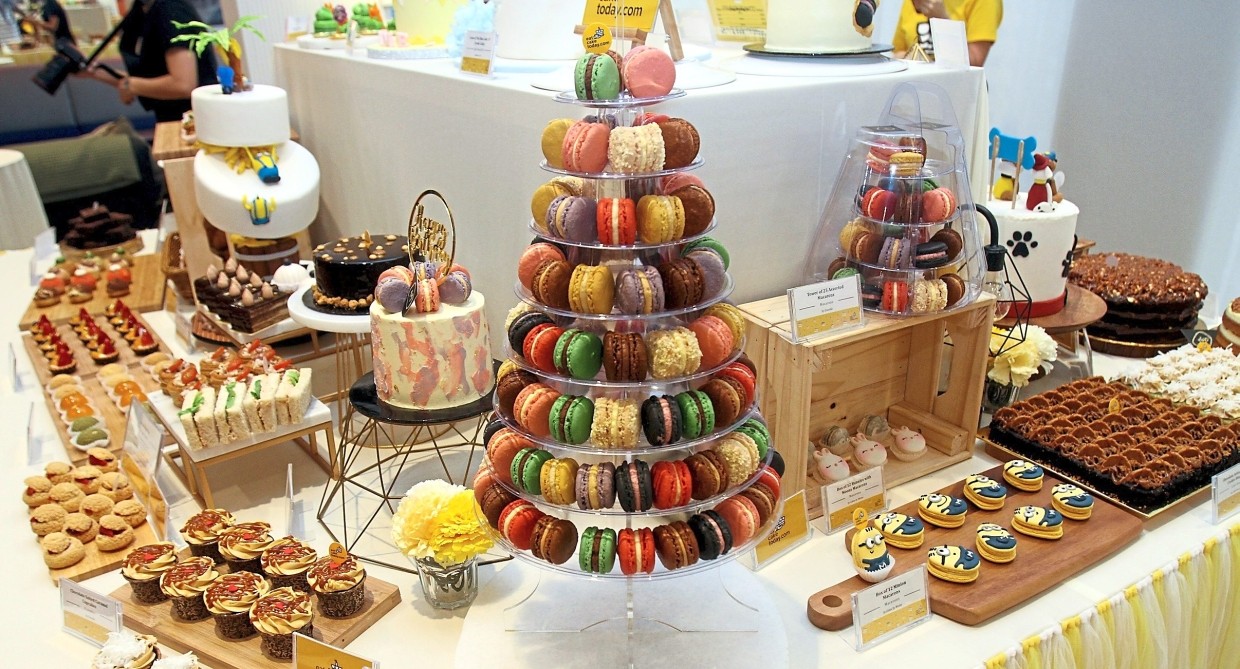 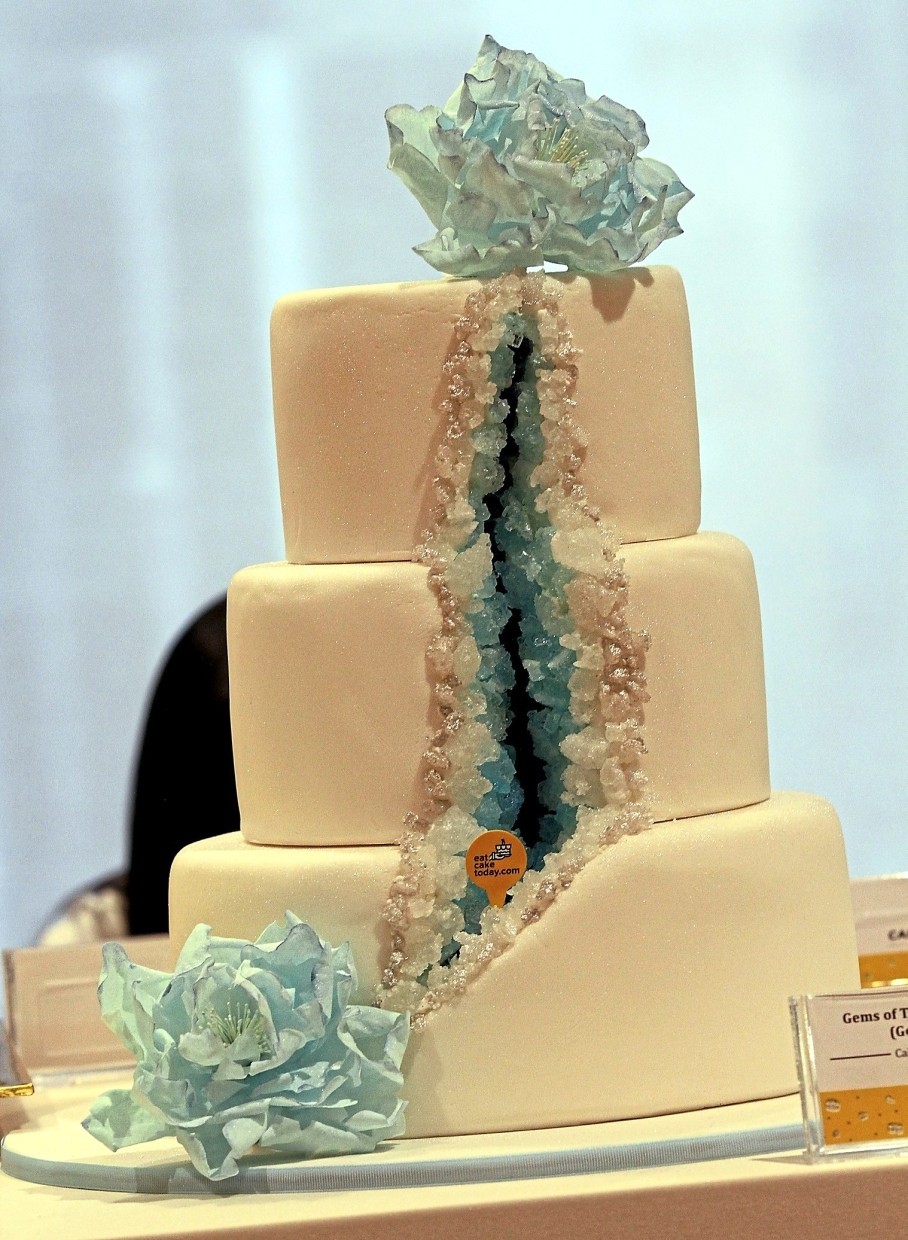 Gravitiminion Cake’ (Topsy Turvy Cake) on display at the event.

‘Gems of the blue Cake’, a three-tier geode cake predicted to be one of the trending cakes next year.