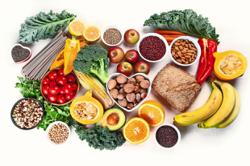 Sales of supplements will soar over the next few years. — POLINA TANKILEVITCH/Pexels

While scientific evidence suggests that ingesting antioxidants in a balanced diet helps in maintaining health and overcoming some diseases, there needs to be some clarifications made, especially regarding antioxidant supplements.

Sales of such supplements are expected to be USD3 billion (RM13.7 billion) this year, rising to over USD4.5 billion (RM20 billion) by 2028, so there is a strong incentive for pharmaceutical companies to keep pushing the sales of antioxidant supplements onto consumers, while at the same carefully omitting to provide two items of significant interest about such supplements.

One is that the costs of producing such supplements are often ridiculously cheap compared to the sale price, hence ensuring that there are substantial profits in continuing to market such supplements.

From a scientific point of view, the other problem is that volumes of research have been extremely inconclusive about the health benefits of taking antioxidant supplements. In some cases, supplements have been linked to higher incidences of diseases; for example, the Selenium and Vitamin E Cancer Prevention Trial (SELECT) on around 35,000 men found that taking vitamin E supplements hugely increased the risks of contracting prostate cancer among healthy men.

Free radicals are chemical compounds with free (or unpaired) electrons that are prone to oxidising other molecules, such as proteins, carbohydrates, lipids (fats), and DNA. During this process, free radicals can create more free radicals, precipitating a chain of biological destruction due to “oxidative stress” of damaged molecules. Oxidative stress is linked to many diseases such as lung cancer, atherosclerosis, and Alzheimer’s. The columnist believes that antioxidants are nutrients best ingested through a diet rich in fruits and vegetables. — YAROSLAV SHURAEV/Pexels

For a couple of decades during the last century, antioxidants were deemed to be some sort of miracle compounds, able to diminish the perceived negative effects of free radicals causing oxidative stress within the human body. It is an undoubted fact that severe oxidative damage has been proven to cause cancers and other diseases.

However, the idea that free radicals and the accompanying oxidative stress were always “bad” was probably started in December 1945, based on an article in a ladies’ magazine which Denham Harman had read. Some nine years later, after obtaining a medical degree, Harman had an “epiphany” from “out of the blue” (his own words), and summarily concluded that human aging was caused by oxidative stress damage arising from free radicals in the body, all based on the original 1945 article.

Harman devised experiments on mice which apparently lived longer when fed with antioxidants, though they also suffered negative effects when heavily overdosed with supplements. Other scientists initially thought the theory was plausible and in 1969, Duke University discovered that the body also produced an enzyme called ‘superoxide dismutase’, and suggested it was used to counter the damaging effects of accumulating too many free radicals in the body.

So, all was going swimmingly for Harman and his theory until the 1970s, when other researchers found they could not reproduce the life span enhancing results of Harman’s own experiments on rodents.

Newer experiments in the 1990s proved conclusively that supplemental antioxidants in mice made no difference in their lifespans. These newer experiments involved genetically modifying and adjusting the amount of antioxidant enzymes circulating in the blood, and regardless of the amount of free radicals left in the blood, the life spans of treated and untreated mice did not change.

Even more curious was an experiment done in 2010 by a biologist called Siegfried Hekimi at McGill University who bred roundworms to produce higher quantities of free radicals called ‘superoxides’. He had fully expected the modified roundworms to die earlier, but the results found instead that these roundworms lived 32% longer on average compared to normal roundworms with less free radicals in their bodies.

To rub salt into Harman’s wounded theory, Hekimi did another experiment where normal worms were exposed to a toxic weedkiller known to accelerate free radical production in animals. The results were even more surprising than the earlier outcome: worms bred in the toxin lived even longer, around 58% longer than unexposed worms.

Hekimi suggested that superoxides and some other free radicals can act as signalling mechanisms in the worms’ biological systems, spurring the production of genes and other enzymes/compounds which help to repair cellular damage.

If Hekimi is correct, and his idea is currently just as plausible as any other, then it is feasible that some free radicals may prove to be helpful in maintaining health and, in the case of roundworms, also extending their lifespans.

Based on recent research over the last few decades, the idea that antioxidants are universally beneficial for humans is clearly incorrect. This is highlighted by other studies. The beta-Carotene And Retinol Efficacy Trial (CARET) involving over 18,000 smokers (and people exposed to asbestos) had to be halted 21 months early in 1996 because subjects ingesting high doses of beta-carotene and Vitamin A had a very significant 28% increase in the incidence of lung cancers. This confirmed the earlier findings of a Finnish study on over 29,000 smokers who also developed an 18% increase in lung cancer rates after ingesting antioxidant supplements. In both studies, the main culprit appears to be beta-carotene.

Do antioxidants work in humans?

The answer is complicated. One reason is that we only know about a very, very few number of compounds which have been determined to contain some antioxidation properties. As an example, fresh strawberries contain vitamin C, a powerful antioxidant.

The fruits also contain plant compounds such as polyphenols (e.g., proanthocyanins and flavonoids), which are antioxidants in their own right, but importantly also have other chemical properties, mostly unknown currently. Therefore, a simple assumption that taking a vitamin C pill is as healthy as eating fruits is completely ignoring the interactions of vitamin C with polyphenols within the body.

Another issue is the assumption that supplemental antioxidant pills are absorbed in exactly the same manner as antioxidants in natural foods. There are many other compounds in foods, including dietary fibres, proteins, fats, carbohydrates, other chemicals, etc, which may be required for the proper uptake and processing of antioxidants by the body. Also, there is evidence that overdosing on some antioxidant supplements can turn them into disease-causing agents. Around 52% of Americans take antioxidant supplements of some kind. — ALEX GREEN/Pexels

Importantly, recent studies have shown that the connection between free radicals and health may be much more complex than previously thought. Modern research indicates that some free radicals may actually be beneficial rather than harmful, and therefore eliminating them indiscriminately may be undesirable, though we are currently uncertain as to which free radicals may prove useful.

The known antioxidants which the human body cannot produce, and which must come from the diet, are vitamins A, C, D, E, K, and the B vitamins, selenium, manganese, zinc, Omega-3, and Omega-6 fats. Humans can produce a certain amount of vitamin D via sunlight, but this capacity is reduced as we age. Flavonoids can also be included on the list, although they are not critical for health.

Around 52% of Americans take antioxidant supplements of some kind. In general, pharmaceutical companies like selling them as such products usually do no or little harm, and they are very profitable.

In summary, antioxidants are nutrients which are best ingested via varied, healthy diets with at least five different types of vegetables and fruits daily. Selective supplemental nutrients may also be helpful due to personal circumstances. For example, I take vitamin D drops in the seasons when there is reduced sunlight in the region, and they are always taken with proper meals. This Malaysian-made craft beer is ready to soar
When zero is the hero: A new KL bar leads the charge in low and zero ABV drinks
Curious Cook: Let’s talk about salt
Here's how to boil those bones for the best broth
Curious Cook: Key to obesity
This biscuit goes best with a quick cup of tea
6 Christmas cocktails that will make your festive season merrier
Considering the merits of spirulina and green tea
Checking if that tomato paste can still be eaten
Does the glass you use change the way a champagne tastes?